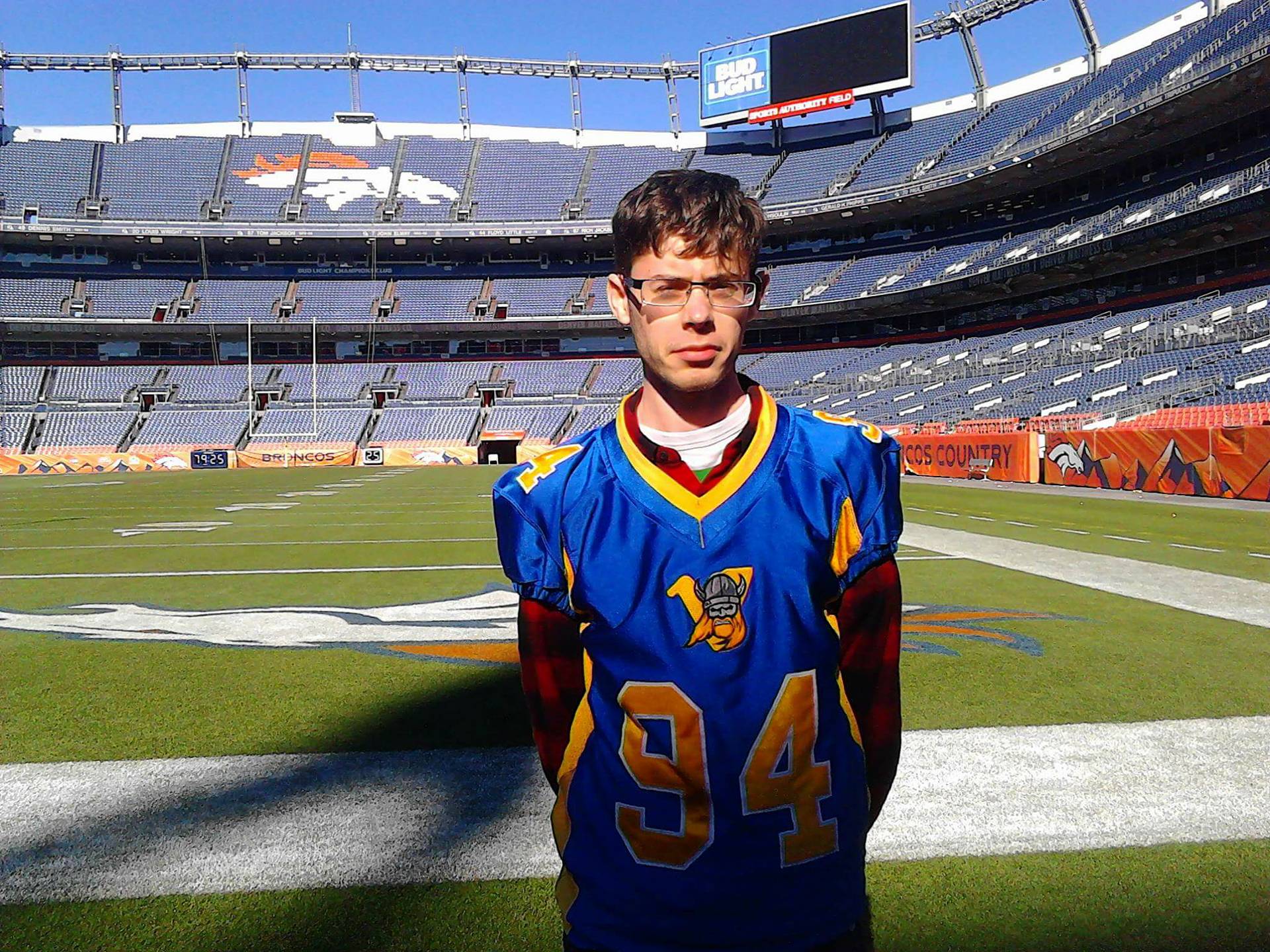 Why did you decide to run?

Have you always been involved with the SU?

I worked with Paul Lee with Clubs and Societies executive, and I also used to be a part of Sinn Féin but left due to political differences.

What has been your involvement with clubs and societies?

Successful in music events on campus but other than that poor for people with disabilities.

As a person on the autistic spectrum, I would say it’s the right time to show everyone that people with disabilities can participate, if given the opportunity.

I am the best for job as a I have experience being on committees and working in the SU for co-op.

What skills/qualities can you bring to the role?

Knowledge about what people with disabilities need and want.

What animal would you be if they had to pick?

What other animal would you change the UL wolf to if we couldn’t have Wolfie anymore?

What type of friend are you in your friend group?

BBC version of the Chronicles of Narnia. 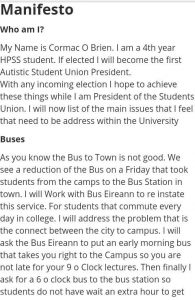 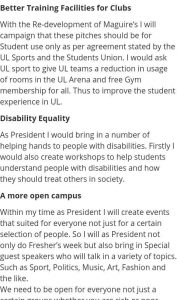 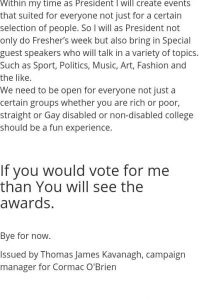