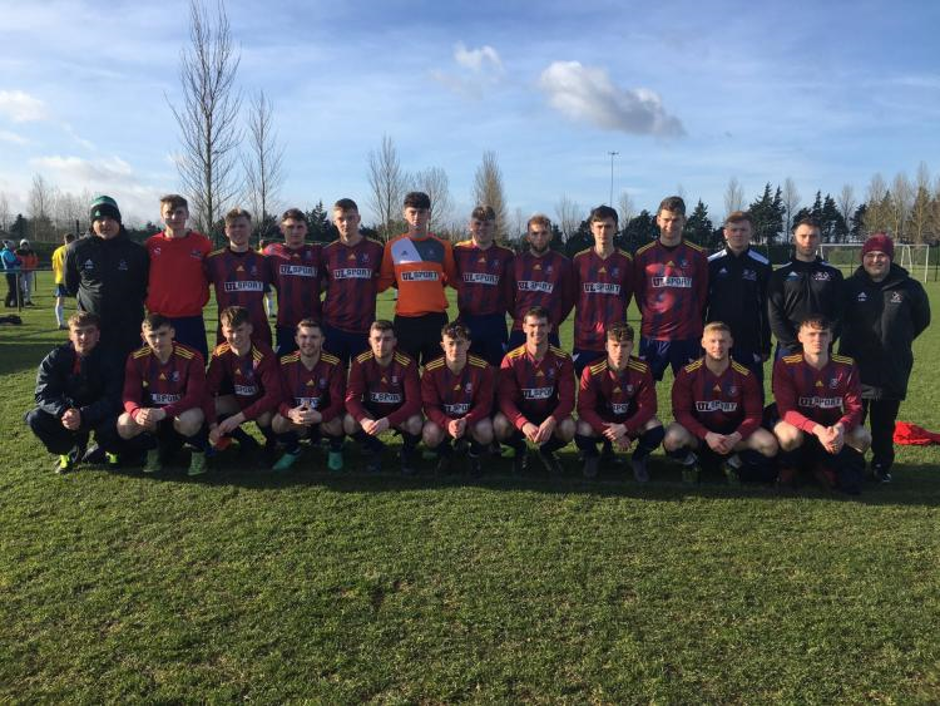 A battling performance was not enough as UL’s Collingwood cup team lost out to DCU in the semi-final on a score line 5-1. The result didn’t reflect UL’s performance as they battled hard throughout the game.

Last year’s runners up UL had taken a first half lead in the last four clash. However, that advantage only lasted three minutes as DCU built a 2-1 lead by half time and the winners added three further goals late on to seal their passage into Wednesday’s final.

UL took the lead just before the half hour mark when Oleg Vysochan took the ball down neatly before finishing superbly to the net and were good value for that lead.

That advantage was short-lived however as DCU equalised with a 32nd minute sublime free kick from Jack O’ Connor.

The Dubliners got a crucial goal right at the end of the half with O’ Connor adding his second getting on the end of a corner kick after UL’s defence failed to clear.

DCU, who are seeking their first Collingwood cup title went into the break leading 2-1

As UL fought desperately in the second half and piled players forward in search of a equaliser, but DCU went on the counter attack and scored their third from Sean Cronin the finish the game as a contest.