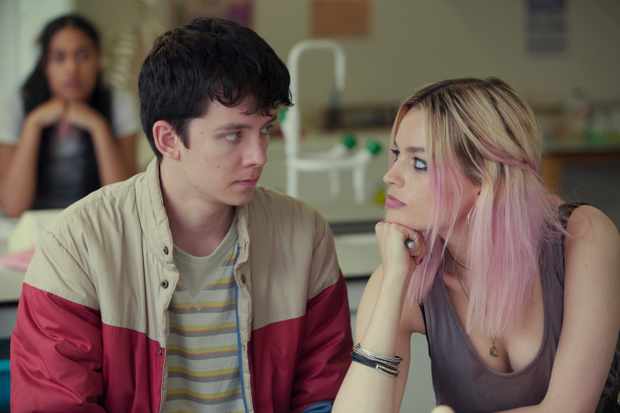 Sex Education is the coming of age series we have all been waiting for, whether we knew it beforehand or not.

Netflix’s new original series is one of the most honest teen shows of recent years. Sex Education portrays all the trials and tribulations of puberty and growing up in a very real, very accurately awkward way.

Teenage years can be a confusing and difficult time for most, and this show acknowledges that completely and delivers it with humour and sophistication.

The show stars Asa Butterfield as Otis, an awkward teenager. What Otis lacks in sexual experience he makes up for in knowledge attributed to growing up with a sex and relationship therapist mother (the incredible Gillian Anderson).

Otis’ sexual knowledge proves useful when helping the school bully with his own sexual problems. An opportunity to use this knowledge is spotted by bad girl Maeve (Emma Mackey), who convinces Otis to start up a counselling business with her as a way to earn money by helping their peers with any sexual problems they have.

Despite his very complicated relationship with sex and his own sexuality, Otis quickly learns that he is very good at giving advice, and helps many classmates work through their struggles and problems.

Creator Laurie Nunn’s first attempt at television is refreshing and original. She uses stereotypical characters but develops them far beyond their tropes, the gay best friend with deep emotional struggles, the ‘jocks’ with fears and anxieties, and the mean girls with their own complex emotions and storylines.

One of the strongest character arcs we see is of Otis’ best friend Eric (Ncuti Gatwa), who struggles to find himself in a racist and homophobic world as a black gay teenager. Eric’s exuberance, flamboyance and humour shine across the screen, and his struggle with self-affirmation is inspiring.

Although it is set in modern Britain and filmed in the Welsh countryside, the series feels heavily inspired by a John Hughes-esque 80’s American style and has no clear sense of location or time. This gives the show a universal feel, and highlights how much the teenage years can affect everyone in similar ways, no matter where, when or who they are.

Many teen programmes in today’s society centre on glamorous, well dressed, sophisticated teenagers who seem to have everything figured out (we’re looking at you, Gossip Girl and Riverdale) but Sex Education highlights how in reality this is not always the case, particularly when it comes to sex and relationships.

Although often awkward, the discussion of sex in the show is honest and natural, which strikes a contrast to the taboo nature of the subject in Ireland. The show deals with some difficult topics such as abortion in a very real and delicate way.

To this day the majority of Irish schools are Catholic, and as a result of this are very lacking in the sexual education department.  In many schools contraception can’t even be discussed, as any contraception that is deemed to be ‘unnatural’ (contraceptive pill, condoms, coil etc.) are against the Catholic beliefs and therefore cannot be taught.

Not only is this extremely dated thinking, it is also dangerous, as the risk of STD’s and pregnancy are definitely something everyone should be aware of.

Many Irish students have received little to no sexual education in school, and therefore can struggle with problems and have questions when they do become sexually active.

One hour of SPHE a week is absolutely not enough education for young teenagers, and this subject doesn’t even continue to Leaving Cert years when it’s needed the most.

Things are getting better, slowly but surely, and it is so important that we can learn to be open and honest in our discussions and teachings around sexual health and education.

Maybe Sex Education is exactly what we need to encourage people to be more comfortable and open to talking about sex, to teach us that there is nothing to be embarrassed about, and learn to leave the taboo in the past, where it belongs.