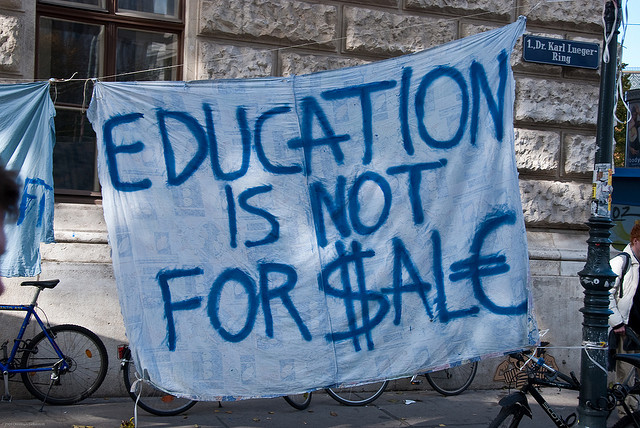 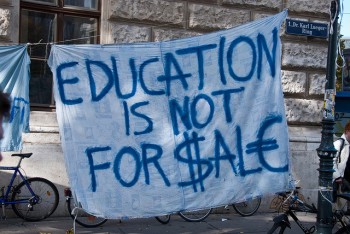 We all like to think we are born free, but no man is an island.

For many, University is the first taste of proper community, a shard of light penetrating the solipsistic self-involvement that typifies the individualism so often apparent in adolescence and the Leaving Cert.

It is here that we first start properly evaluating our place within the world, our politics and our activism. Students’ Unions have often times been a key driver of this most human of student pursuits – the quest to improve ourselves and the world around us.

We have lost sight, in the last 2 decades, of what it truly means to be a person in a community, focussing on the material excesses that came so easily, and Unions of all sorts have participated in this.

Our labour Unions became fat with the bait of Social Partnership. Our Students’ Unions became glorified entertainment promoters, service providers and administrators. However, in the harsh reality of our latest recession, it is time to return to the activist Unions that so defined the early days of the modern Irish university.

It is too important not to.

A collective action problem is an issue where numerous individuals would benefit from an action, but no individual can go it alone. This basic tenet of rational choice theory is the explanation as to why people unionise. There are some issues where only force of numbers, people working together, can result in those people seeing benefit.

Our voices are stronger when we act in unison, bigger aims become more realistic when we work together. A house divided against itself cannot stand.

There have been many successes in the Irish Student Union movement. Students were integral in the provision of abortion information, contraception and other progressive causes over the last 80 years, even going so far as litigating to preserve the ability of Irish women to access information rather than caving to the reactionary threats of organisations like SPUC.

There were very highly publicised and positive pro-marriage equality demonstrations carried out by Students Unions in UCD and TCD this summer. This shows how Students’ Unions can be a vehicle for extremely positive change.

So why should union membership be compulsory? Well the existence of these collective action problems has not gone away. It is grossly unfair for the free-riders to benefit from the benefits that Students’ Union members bring about every day without contributing to help them.

Even more than that, there are changes today afoot that every student should be vocal in. Since the foundation of the state, we were told that the rising tide lifts all boats. We have learned that this could not be farther from the truth.

We live in a country that is even more divided along income inequality lines than ever previously in history. Education is one of the single most emancipatory forces that currently exist. The ability to access the dialogue of power, to understand, critique and digest the technicality of politics and governance is something that is only aided by more formal education.

The majority of those that rule us speak in a way that is not the vernacular which is designed to be alienating and exclusive to the ordinary person. That is how they perpetuate their dominance. In the words of Paulo Freire, “through the right kind of education, every human being, no matter how impoverished and illiterate, can develop a new awareness of self which will free them to be more than passive objects responding to uncontrollable change”.

You have been given this opportunity, it is now your responsibility to make sure you don’t pull the ladder up behind you.

With policies on the horizon like an increased student contribution charge of €3000, a student loan scheme or full fees, there has never been a time when Students’ Unions are more important.

Very few countries in Europe have more than a nominal fee for higher education, it is a lie to say there is no alternative. As we have seen with the successes of student demonstrations in Quebec, we can fight back against these changes, but it requires solidarity.

Yes, the leadership of Students’ Unions across Ireland has been shambolic at times over the last few decades. But the point of a union is that it is a membership driven organisation. We need to demand action from leadership, speak truth to power. That will not happen if you are not a member.

We are stronger as the many than we are as the one, but it does require people to take some initiative, be a member not a follower. But most of all, it requires an acknowledgement and acceptance of the principle of solidarity. We are all uniquely blessed to have the opportunity to pursue our educations. Please make sure there’s some left for those who haven’t gotten their chance yet.