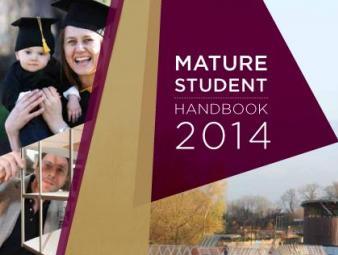 THE biggest adjustment when going back to college isn’t the lack of a pay cheque or being able to pull a sickie without getting the sack, it’s that you’re old. No matter what age you are, as a mature student you’re setting yourself apart from the rest of the student population. To me it’s a term that belongs to lonely hearts columns or car salesmen like single white female or one careful lady owner. The thing is, it doesn’t really mean anything. There is a huge amount of support for mature students like everyone else in U.L. but ultimately choosing a course and getting the most out of it is up to the individual. Writing ‘mature’ in your application to university isn’t a magic word and from this year onwards mature students have had to apply to U.L. through the C.A.O. like everyone else.

Before I came to U.L. I had a lot of different jobs in a lot of different places (a karaoke bar and an airport to name but two) but I was always one of the youngest people at work. Age really is subjective and it only matters as much as you choose to let it. I’m sure I’ll look back at this time in my life and wonder why I turned down the invitation to that U.V. party or the mystery tour. I can only

speak for myself but I know the reason why I show up to all my lectures is because of all those questionable jobs I’ve had along the way. It’s amazing how selling air conditioners during a wet Irish Summer can motivate one to further one’s education. I’m really impressed by students who come straight to college after their Leaving Cert. knowing what they want to do because I certainly didn’t. In some ways they have a seven year head start on me but most of the time I see my age as an advantage. Asking everyone to decide on a career path in their teens is a bit much considering Van Gogh didn’t start painting until he reached his late twenties.

U.L. is a fantastic campus with a great range of courses but I grew up in Limerick and couldn’t wait to travel. As anyone from here knows, when you meet an Irish person abroad and tell them that you’re from Limerick you nearly always get the same tired comments. Once you’ve been defending your native county to people who have never been there you start to realise how much it has to offer. I’d already been to U.L. for plenty of nights out before I was enrolled here, in a way I got all the perks of student life out of the way beforehand. But even though I’ve been in more fancy dress costumes in The Stables than I can remember and spent a summer living in Curragh Birin, I never felt like a student until this year.

The stereotypical mature student is a familiar sight and as was put to me when I went about writing this article, someone who we hear far too much from already. But who I am to break the tradition? Yes, some of us sit at the front of the class, ask too many questions and tend to go on….and on and on…but where would you be without us? We serve the purpose of filling those awkward silences and saving you from embarrassment when the tutorial veers towards the direction of the assigned reading on a Wednesday morning. And who hasn’t broken the ice with a new friend by throwing their eyes up to heaven at yet another long drawn out comment from the mature student with the briefcase and anorak?

UL to Host Seminars on Ethics