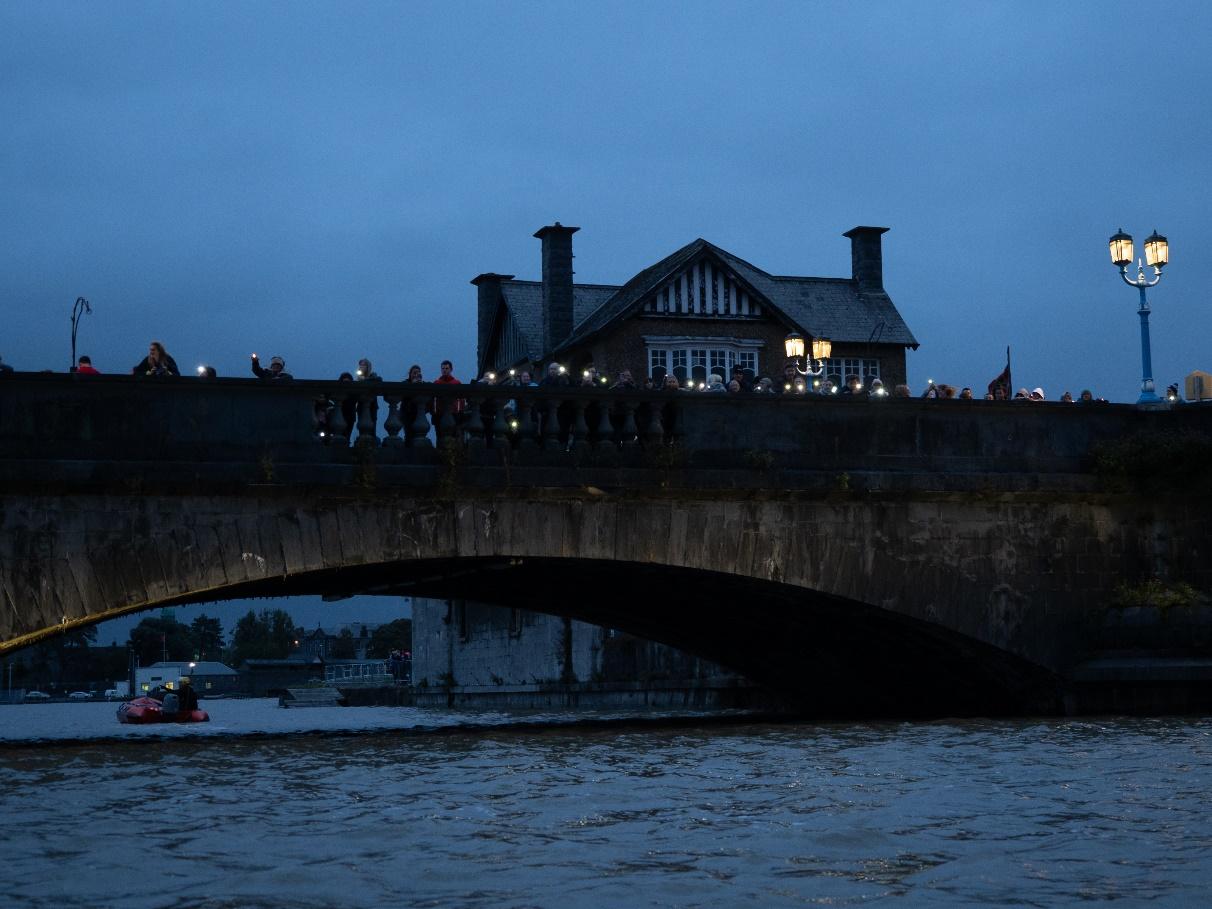 OVER 1,000 people lined the bridges of Limerick City on Monday 8 October for “Shine a Light on the River” as part of Limerick Mental Health Week.

34 specially illuminated boats carrying over 60 people, along with the Liam McCarthy cup, travelled between the three city bridges shining torches to light up the river.

The event was stewarded by Limerick Suicide Watch and teams of student volunteers from Limerick’s three third level institutes on land and the Fire Service, Civil Defence, the Limerick Men’s Shed, and boat clubs from Limerick to Foynes on the water, aided by the Garda Sub Aqua Unit.

“Despite the beauty of them, when Limerick people think of the river and three city bridges a negative association with mental health can come to mind,” Director of Limerick Mental Health Week, Patrick Fitzgerald said.

“The Limerick Mental Health Week team wanted to change that. We aimed to bring the community together to reclaim the river” he said.

The event was organised by Limerick Mental Health Association and Jigsaw, a mental health support service for young people.

Tanya O’Sullivan, a youth and community engagement worker with Jigsaw Limerick and the primary coordinator of the event said the idea came from one of the young people they work with.

“It made it all the more special that the idea came from Hannah Kelly, one of our Youth Advisory Panel (YAP).”

The idea of a boat parade was then suggested to Limerick Mental Health Association, who wanted to bridge the event into the city following last year’s candlelit procession on the University of Limerick campus.

“It began as an idea, but it became a reality when other Limerick organisations were enthusiastic to help,” Ms O Sullivan added.

Events continue until Friday the 12th of October and all information can be found on the @LimerickMHA social media accounts and on http://limerickmentalhealth.ie/