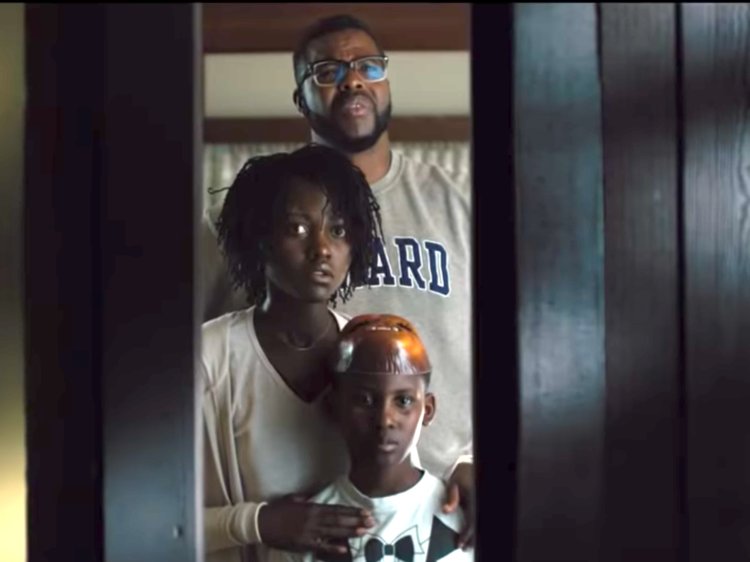 By: Mike Finnerty
Horror has always been a genre that’s a trojan horse for social commentary.

Invasion Of The Body Snatchers is an allegory for McCarthyism-era paranoia, Night Of The Living Dead serves as commentary on race relations in 1960s America, and now over 50 years later, Jordan Peele’s Us is a profound comment on identity and in the late 10’s.

Jordan Peele’s debut Get Out landed in the film world in early 2017 with the force of an asteroid, and now two years later and a screenwriting Oscar under his arm, he makes a film even better than his debut.

Everything comes together in Us.

The directing and writing is top-class, the suspension-building and daylight horror sequences evoke the very best of the horror genre like Craven or Lynch before him, and returning Get Out composer Michael Abels serves up yet another haunting and unsettling score.

Us is anchored by a herculean lead performance from Lupita Nyong’o.

Jamie Lee Curtis and Jodie Foster have always been considered the gold standard for lead performances in horror-thrillers, but that crown now truly belongs to Nyong’o.

Without wishing to spoil too much, Nyong’o burrows deep into the human condition, and when the film starts asking a lot of its actors, she effortlessly takes it in her stride.

If anyone else but Nyong’o is on the Oscar stage next February, there will have been a travesty of justice.

Props must also go to Winston Duke who acts as the audience surrogate of sorts.

Duke is a fantastic audience surrogate as his reactions and initially flippant response to the slowly-unraveling situation he finds himself in is exactly how you or I would act in that situation.

The majority of the film’s jokes come from him and delivers them with aplomb.

The best joke of the film, however, involves an incredibly funny needle drop that reminds you that Peele was one half of Key and Peele before he became the best horror director of a generation.

The real star of the show however, is Peele.

This is his film from first frame to last.

The screenplay is incredibly tight, there’s a liberal usage of the Chekhov’s Gun trope but he finds uses and pay-offs for them in the least expected of places.

The story has Peele has conjured up for the audience this time is as whip-smart and as on-the-pulse as Get Out was, but as mentioned up top, to spoil any more would be doing you, the reader, a great disservice.

Us is best experienced without any prior knowledge, and the trailer that released on Christmas Day does a good job at keeping the audience in the dark.

While Peele won the screenwriting Oscar for Get Out, he was also nominated for directing.

In any case, Peele has evolved as a director for his second outing, employing more directorial flourishes such as whip pans, mirror shots, tracking shots, wide shots, spatial geography within a scene and all little tricks that help make every scene feel as energetic and dynamic as the last.

If there was one criticism that could be levelled at the film, not every plot element is tied up quite as succinctly as Get Out was.

However, on the other side of the coin, explaining and solving every last plot thread is what ended becoming M. Night Shyamalan’s undoing in the mid-2000s.

One of the golden rules of film making is “show, don’t tell” so leaving some of the more ambigious elements of the plot up in the air makes the film that much more effective.

Us is a stunning piece of cinema, one that asks uncomfortable questions of its viewers and holds a mirror up to the fractured world we live in today.

Jordan Peele is here to stay, now let’s pray he isn’t tapped to direct a superhero or a Star Wars movie.