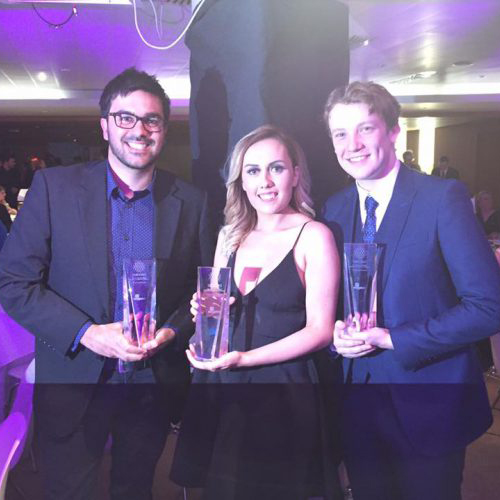 An Focal has won the People’s Choice Award at this year’s Student Media (Smedia) Awards.

The award was presented to Editor Paul Saunders at a ceremony in the Aviva Stadium last night.

It is the first time the publication has won the People’s Choice Award since 2011.

Other UL winners on the night were Andrew Roberts, who won Film Script of the Year for Egg Timer and fourth year journalism student Jennifer Purcell who was awarded Features Writer of the Year in News & Current Affairs.

“I was in absolute shock when we were announced as the winner. I couldn’t believe we were recognised by the public,” Paul Saunders said.

“I feel like An Focal has connected with people on and off the university campus this year and this proves we must be doing something right.

“This tops off a remarkable year for An Focal and I am so proud of everyone who has contributed to the paper.”

KBS Students Have A Ball