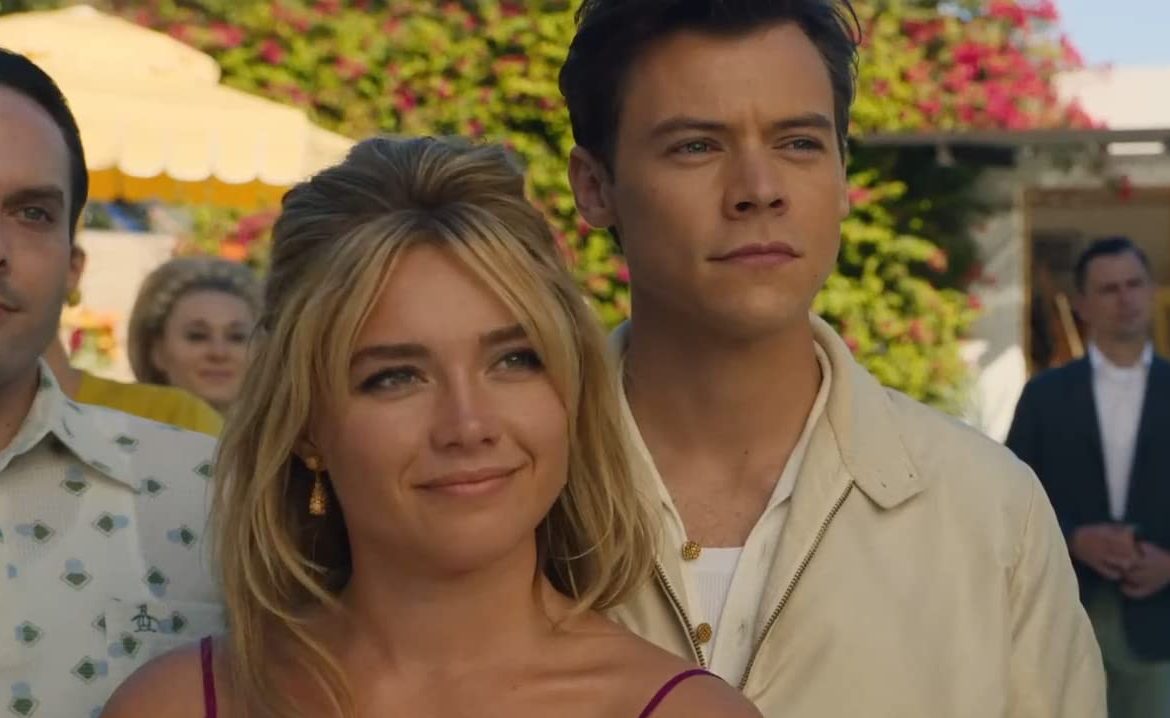 Set in the ’50s, Alice (Florence Pugh) and Jack (Harry Styles) are living the perfect life in the refined town of Victory.

The couple is hot for each other – they lead sociable and exciting lives, party hard and still manage to have their perfect little suburban life with no worries and everything where it should be.

That is until Alice begins envisioning disturbing memories and surreal images which hint at a far from perfect situation.

Though there is some controversy about the film in terms of Harry Style’s acting, the film pulls you in.

From the first ten minutes, something felt uneasy about this quaint little town of perfect lives and good looks, but I still didn’t know exactly what it was. There was an air of uneasiness and even guilt which came through the screen, and suspense and anticipation furthered as you could feel Pugh’s suspicions becoming harder to ignore.

The plot is great and more about the disturbing truth of Jack’s love for Alice. The themes of Don’t Worry Darling were strategically revealed and made the movie one that I would recommend to anyone.

There is much controversy about the film – mainly centred around the relationship that blossomed between Olivia Wilde, the film’s director and Harry Styles along with a supposed falling out between Wilde and Pugh.

But if one is to avoid partaking in pointless internet drama, the film should be recognised in its own right as a great dystopian story which brings to light an interesting portrayal of gender politics and even includes sudden bursts of feminism.

Critics have given mixed reviews about the film saying it was decent overall, but many parts, in my opinion, do not work. If you take any film from a critical point of view most of them would not be considered perfect. However, Wilde portrayed the themes in the film well, yet the film may have performed better if it was not categorised as a dystopian thriller/horror.

When seeing Harry Styles on the big screen it’s hard to feel scared. However, this role was fantastic for him, as it shows he isn’t afraid to take on darker roles. His acting could do with some refinement, but he did a good enough job to not take away from or dampen the enjoyment of the film!

Pugh’s performance was phenomenal, with it was clear that she was the more experienced lead – her experience and comfort in front of the camera was obvious.

The film may not be perfect, but it is definitely a great movie and one I would recommend. Not to mention, whether you like the movie or not, it sparks conversation – be it about its general strangeness, eccentricity, acting, themes, or plot.

I don’t know if my opinion is a popular one, but I must say, I thought it was great!