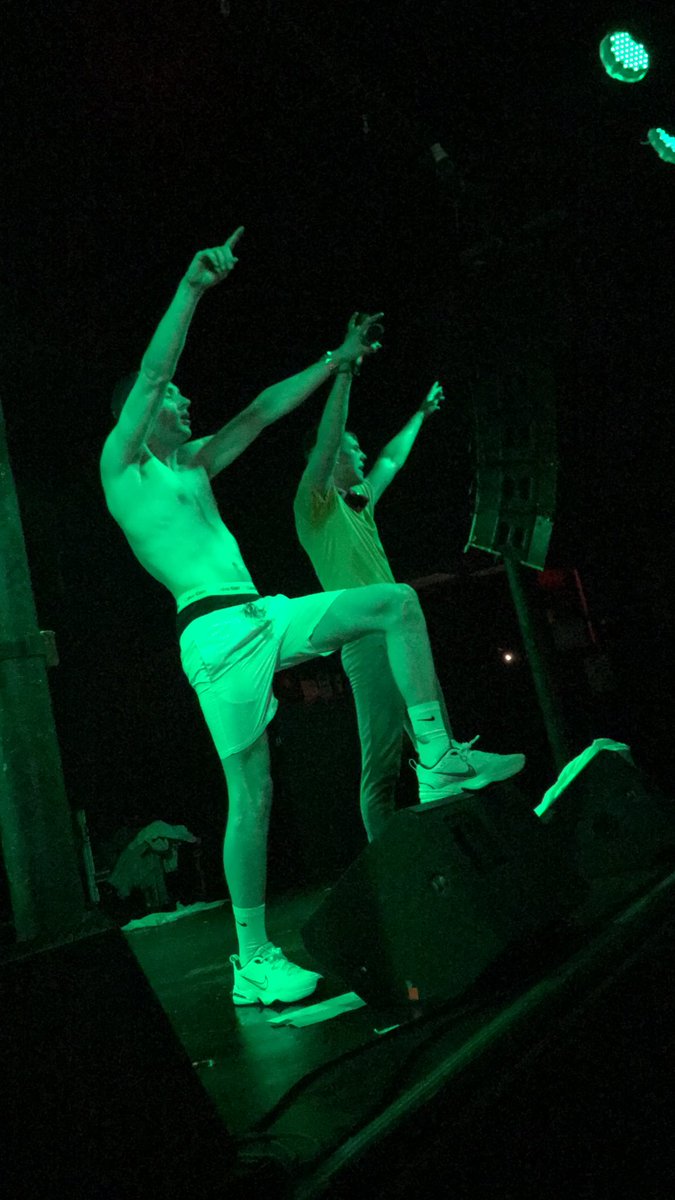 Alex ‘Eskimo Supreme’ Sheehan and Casey ‘Casper’ Walsh have been gaining serious attention since their string of gigs at several Irish festivals in 2018 such as Electric Picnic and Longitude.

Their exploits also earned them a cover on the front of esteemed publication Hot Press in December – not bad considering they’ve never had a top 40 hit and minimal radio airplay.

The boys announced their first ever tour outside of Ireland in November, setting high expectations to see if their very specific brand of humour would translate to foreign audiences.

Casey and Sheehan created an electric atmosphere before they had even set foot onto the stage in the Garage nightclub (G2).

One of Scotland’s up and coming rappers McRoy opened the night, acting as an efficient hypeman, and got the dance floor moving for the main show.

It wasn’t long after when the duo hopped onto the stage performing their hit ‘Perfume’ off their new album ‘Palm Trees, Jet Skis’ – a memorable line from another fan favourite track.

Featuring more popular songs such as ‘Scorching Again,’ (in which they cleverly changed the lyrics from ‘Dublin’ to ‘Glasgow’), DoneDeal season, We Sell Brown and Glossary, the duo kept the phenomenal momentum going throughout the set.

The rappers frequently engaged with the audience by creating mosh pits and joining the fans in the front few rows of the crowd.

They also urged restraint by requesting that the audience ‘push back’ at times where the fans were being aggressively pushed into the barrier.

The concert finished with their biggest song, ‘Ketamine,’ ending the set on an extra high note, spraying the hot and sweaty fans with bottles of ice-cold water.

However, the night didn’t finish there, as afterward, the boys met the crowd outside in which they happily took pictures and had a mini boogie on the streets of Glasgow.

After seeing them a couple of times, it seems to me that the boys never fail to create an extraordinary and eventful experience, even outside of Ireland.

For fans of Versatile, new and old, going to see these boys live should be on the top of your bucket list.