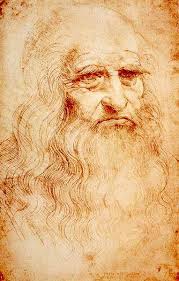 This year marked five hundred years since the death of Leonardo Da Vinci, arguably one of the most unanimously commended artists of all time. He provides our first brush with art history, with the Mona Lisa ingrained in our collective conscious as an undisputed masterpiece.

Among art lovers, there is a little more disparity around Da Vinci as many feel other revolutionary artists deserve a piece of the attention.

As an art lover, I have always admired Da Vinci but never felt the same love for his pristine and highly technical works as I did for the likes of Manet or Cezanne.

How did a man with only fifteen artworks attributed to his name achieve the status of the most celebrated artist of all time?

The Mona Lisa became famous due to the painting’s flamboyant travels rather than the painting itself- after all, it’s murky colours, and boring content are hardly uncontested by other works of art.

How did the man achieve another worldly status among us plebeians?

Is the representation of his talent wholly justified, or has his work become a commodity for marketing, to target a mass audience with little appreciation for art outside what is seen in popular culture?

It’s important when examining the artist’s legacy to remember the status he had was considerable at his time, but media and controversies have also pushed the artists status to the degree seen today.

Born an illegitimate child of a lawyer and a servant, Da Vinci was Florentine sculptor Andrea del Verrocchio’s apprentice before achieving the title of independent master.

Florence at the time was the hub of a cultural shift, with new emerging values in society breaking away from the Church and instead focusing on Classical scholarship. This cultural shift was branded the Rebirth of Greek and Roman interests, or more commonly known as it’s French translation, the Renaissance.

As an apprentice, Da Vinci’s talent was already being noted due to his involvement in his master’s painting, The Baptism of Christ.

Da Vinci’s angel (left-hand side in blue robes) was so sublime and expressed such otherworldly talent legend has it master del Verrocchio gave up painting for good and returned to his craft of sculpting.

Da Vinci’s painting has a tactical brilliance around it- mainly when dealing with skin where sfumato (like smoke) is used, a technique of shading to create an intriguing quality to the subject.

His palates mainly comprised of earth tones inspired by nature to further the ambiguity of his paintings.

He also used a method of underpainting, which helped create a subtle form to his work, teamed with transparent glazes to give a luminous, vibrant quality to each piece.

His pieces still garner controversy, as the motives behind his paintings are often subject to much speculation.

Was the Mona Lisa an ever-evolving self-portrait or once depicted naked? Was Mary Magdalene depicted in the Last Supper against the wishes of the Catholic Church?

The boundary-breaking of Da Vinci achieved widespread acclaim while he was alive, where he enjoyed being sought after by royals and clergy, as well as becoming a hero for upcoming artists.

While he experienced exile from France over controversies in his personal life, he was still famed for superhuman genius even amongst his rivals.

Raphael regarded Da Vinci so highly he was represented as Plato in his mural, The School of Athens.

My main focus of his legacy is that as a painter- but it’s also worth noting Da Vinci’s revolutionary notebooks, which anticipated the first flying vessel, a canon, the parachute, a machine gun, and an armoured car.

This alone makes his status as a Renaissance man undisputed.

However, Da Vinci’s name and imprint in Western society were also aided by a series of controversies surrounding his art- most notably the search for the Mona Lisa in 1911.

The robbery of the Mona Lisa is one of the greatest art thefts of all time, where the painting was smuggled out of The Louvre by a 5-foot 3 French man who wrapped the piece in his smock before leaving.

The painting’s two-year hiatus and eventual return to Italy made the Mona Lisa, a portrait of Lisa Gherardini, made the depiction of a celebrity in itself. It also may justify the wooden panel having the highest insurance valuation for a painting in the world.

Aided by technical brilliance, there is also an accessible nature to Da Vinci. The youngest gallery-goer could admire the brilliant composition, colour, and content of his works, as they are masterpieces in their own right.

They also require little historical or cultural knowledge outside the basic framework of the Renaissance to be appreciated- unlike a work by Manet, which is commenting on the changing nature of Parisian society of the 1800s.

Perhaps the Mona Lisa deserved to become the emblem of art as it encapsulated the ambiguity, mystery, controversy, and technical brilliance which draws admirers to the topic of art. The tacky reproduction of her infamous smile could be seen as a form of flattery to a Renaissance master who embraced the new status of art in society.

There really is nobody more deserving of the excessive status garnered by Da Vinci, still ever-enduring 500 years after his death.