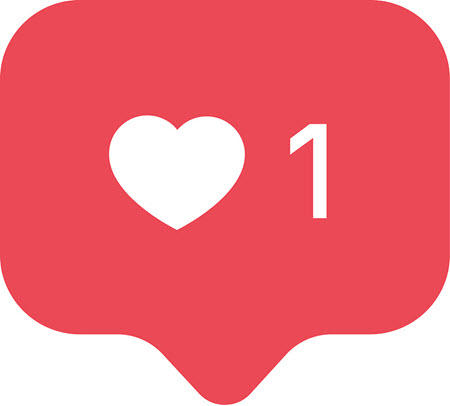 With Ireland being one of the selected countries to participate in the removal of likes on Instagram, users across the island have been dealing with the change of no longer seeing the total number of hits each post receives.

A spokesperson for the app’s mother company Facebook stated the new update was to allow users to share “authentically and comfortably” on the site.

The absence of likes has been welcomed by many advocates of mental health awareness.

For years Instagram has been pinpointed as the root of insecurities, damaging the user’s body image and self-esteem in the photo-sharing comparison arena it provides.

In 2015, Australian influencer Essena O’Neill deleted her account 612,000 followers, which generated an avid debate about the impact the social network was having on teens.

The move to remove likes was also applauded by mental health charities, with the chief executive of the Children’s Rights Alliance telling the Irish Independent the update “might make a difference.”

However, it is unlikely mental health concerns are the real focus of the removal of the likes feature, as other networks owned by Facebook still retain elements of publicly quantifying the feedback to each post.

The new layout of Instagram also means one in every five posts is an advertisement.

Adverts were first introduced to the app in 2013, however, were by no means sufficient.

With the new update, it is difficult to distinguish which post is from an account the user follows or an advert, as before the promoted post could be detected by the lack of likes and engagement.

Many believe this is an attempt to draw the money previously earned by influencers back to Facebook, in the hope advertisers will bypass the social network’s stars and come back to the company worth more than $100 billion.

With celebrities such as Kylie Jenner earning an estimated $1.2 million per post, it’s likely the removal of likes was an economic ploy latching onto the topical appeal of mental health awareness.

Many Irish companies expanded due to their popularity on the social media platform, such as jeweller Chupi who has gained a global audience on the site with over 114,000 followers.

Now, new startups will have to bypass homegrown success and pay Instagram to promote their product.

Instagram still hasn’t lost its appeal and is currently tallying with Snapchat in the most popular apps used by young people in Ireland today.

While the update looks like it is here to stay, the American multinational feel it has contributed its part to preventing the epidemic of mental health disorders among users, but for Irish businesses, it’s done more harm than good.

However if it means businesses suffer, you can’t put a price on the mental health of our nation.

We’re on the road to nowhere: parking in UL is Carmageddon