Is it Plassey or Palashi? 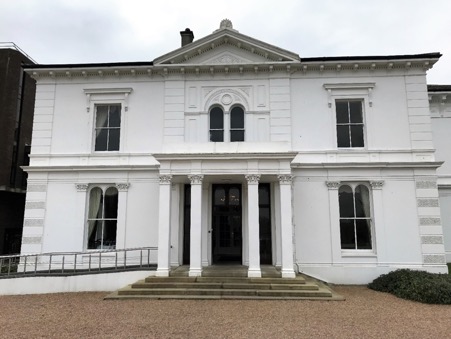 Is it Plassey or Palashi?

Plassey House at UL is named after the village of Palashi in India, the scene of a battle between the British and the local Moghul ruler, for control of India.

Plassey is the English for the word palashi which is a Bengali word for a local red-flowered tree.

Two UL students: Soham Ghosh and Simran Kapur both grew up Kolkata which is 150km from Palashi.

When interviewed, the students were fascinated to hear about the link between their home in Bengal and their new place of study.

West Bengal was a pivotal region when colonial powers, France and Britain, were competing for control of India during the 18th century.  Robert Clive led British forces and overthrew the Nawab (Bengali for Prince) Siraj-ud-Daulah, in 1757.

The village is now home to 19,984 people and the Plassey Monument was established in memory of the martyrs of the battle.

After the battle, commercial life in Bengal was controlled by the British East India Company ultimately leading to the 200 years of British colonial control of India which is referred to as the RAJ.

“I don’t think there’s an Englishman who went to India and came back a poor man,” Mr. Ghosh said.

Robert Clive became “Clive of India” and was appointed Baron Clive of Plassey, County Clare.  He amassed a huge fortune from his three tours of India.  This paid for the construction of the white house on the banks of the River Shannon.

Very little is published about Clive’s activities or experiences in Ireland.  He focused on acquiring land in Clare to help his ambition to the House of Lords.

In 1774, Clive died aged 49 at his London home from a heart attack brought on by an overdose of opium.

“I’m not glad the English took over India but I am glad the University here got built as I can get my masters done,” Mr. Ghosh added jokingly.

The white house was renovated in 1857.  It changed hands several times after that and was eventually bought by the Irish Government in 1970.  It opened its doors to the first UL students in 1972 while building started on Block A.

While the colonization India may have been brutal, in the long run it made India a better place, according to Ms. Kapur who is studying for her MA in Journalism.

She talked about the Howrah suspension bridge which was built in 1945; the British project was more efficient than many projects initiated and run by the India Government.

“I also find communications studies in Europe and Ireland very advanced. We have a lot of red tape back at home in India,” Ms. Kapur added.

Plassey riverbank has appealed to generations of Limerick people for its wildlife and serenity.  This special place is now enjoyed by students with new walk-ways connecting to the centre of Limerick.