MnM’s – The Heroes Behind Charity Week

Eilis Walsh gives us an insight into the life of an MnM on Charity Week. 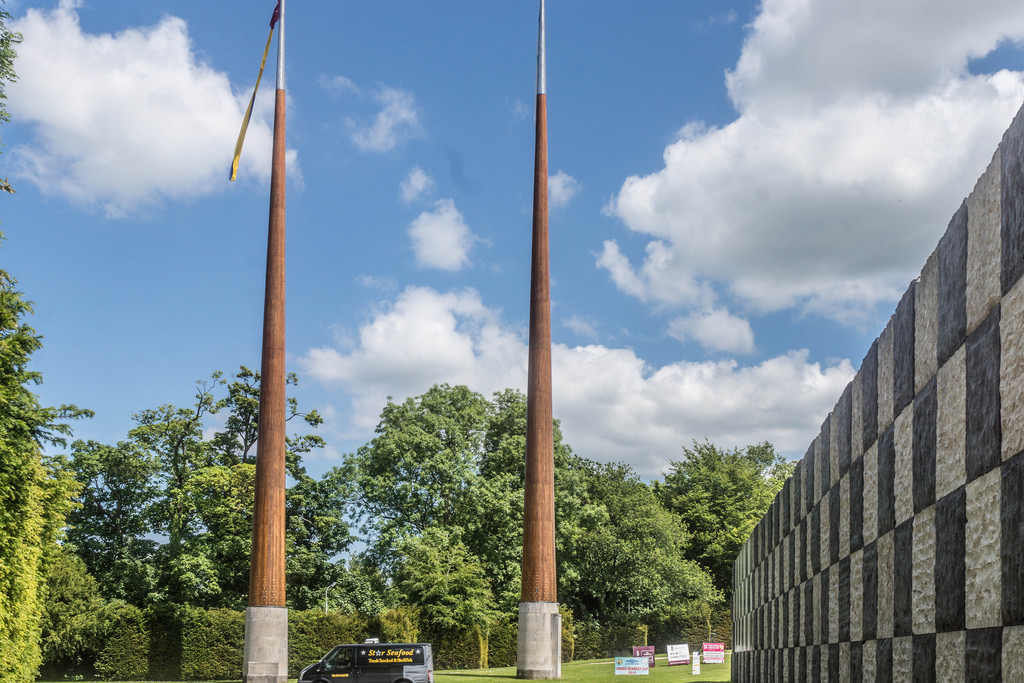 MnM’s – The Heroes Behind Charity Week

MnMs, in this case, are not, in fact, those little chocolate buttons that you can eat ten packets of in five minutes. MnM stands for Meitheal na MacLeinn, an initiative that began in 2010 roughly. This is essentially where students are grouped into teams and patrol the housing estates off campus during weeks such as Freshers Week and Charity week. The aim is to maintain the standard of the housing estates and to ensure that no local residents are negatively affected by student presence during these busy weeks. Their work entails collecting rubbish that may accumulate over the week and being on the alert for suspicious activity. Residents in the area have praised the initiative and any major complaints are logged and submitted to the University itself for review.

I remember feeling my heart sink when I sat in the Schuman building during the MnM training session, a few days before Rag Week begun. €150 fines, risks of burglaries and talk of first aid – what was I getting myself into? I had willingly signed up to three five-hour shifts of trawling through student housing estates during the wildest of party weeks in the entire academic year.

We were told how to deal with emergencies, how to notice suspicious activity and to top it all off, we all had to wear flashy Hi-Viz jackets at all times. Unreal. I listened as veteran MnMs rattled horror stories about local residents who refused to cooperate and discussions of how best to deal with potential burglars. Oh dear.

As it happened, Rag Week fell on what was the COLDEST week in a long time. Met Eireann had issued a code red warning for snowfall across the country. Snow? In February? Good one.  As if we were going to get more than a few snowflakes. As we know Irish people tend to exaggerate when it comes to talking about the weather. I was sure this was going to be no different. WELL. You can imagine my horror when the snow began to fall, and instead of melting it started to stick and pile up.

My first shift was the Sunday night before Rag Week began, the calm before the storm. I remember I set an alarm, (yes, an actual phone alarm) to ensure that I wouldn’t forget to go my shift. After all, when had I ever worked from 9 pm until 2 am? Never, in fact.

BUT. I was not prepared for the sense of comradery I felt while out for those ten hours out in the biting cold. I would consider myself someone who has a small group of close friends and not usually one to push myself from my comfort zone. However, when you are put to work for five straight hours with a group made up of strangers you have to put your reservations aside. I discovered that each person working with me was in it for the money and free pizza, but also knew how to have a bit of craic so that the time we spent outside clearing rubbish was one that passed quickly. I would go so far as to say that I enjoyed myself.

I found that making jokes about who’s going pick up the most cans in Elm Park or waving bras you find lying on pathways (yes it happened) perks you up when your fingers won’t move and you’ve seen the same can of Dutch Gold embedded in the ground about five times during your rounds. Semi cold pizza after hours slipping and sliding in the snow? It seemed like the finest caviar to me at the time. Did we practice the moonwalk on stretches of frozen snow? Yes. Did we have a little giggle to ourselves when we saw people falling over in the snow? Yes. But, I do really believe that our presence was one that was respected and very much valued.

I went into the position feeling extremely apprehensive. I was sorely mistaken. I found that nine times out of ten, no one gave us any hassle as we walked through the destruction left behind in College Court. When people spoke to us, it was to offer us chewing gum, funny stories from nights out and we met a few eccentric characters along our way.

I find that I have a newfound respect for those involved with MnMs. Prior to working with them, I did not pay much heed to their work. I didn’t understand how beneficial the organisation was and how genuinely grateful the residents were for our efforts in maintaining the quality of life in Castletroy.

I am in my final year, so I won’t get the opportunity to work with the MnMs again so I am glad that I can now say that I took part at least once. The leaders behind the entire organisation are extremely dedicated to ensuring those that are hired are looked after and they really are devoted to the upkeep of the University of Limerick’s good name.

When it all comes down to it, the students wearing hi-viz that you see during the week when you’re after downing a bottle of Buckfast get paid to pick up a few little bags of rubbish and make sure you don’t wreck yourself after a wild one in Pharmacia. And they also are well able to have the craic too!

UL Students make an important contribution to HSE-run programme devoted to the care of older people.