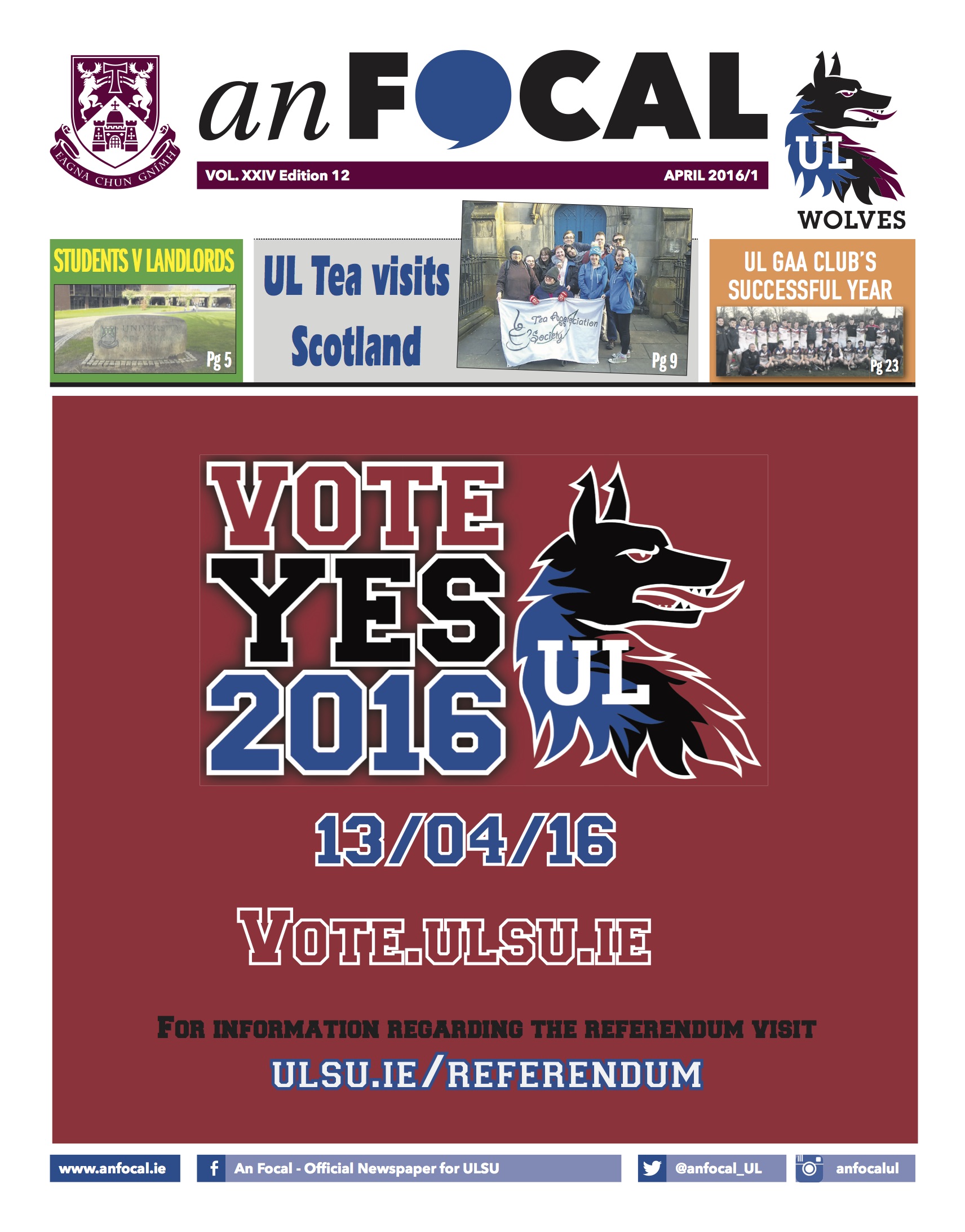 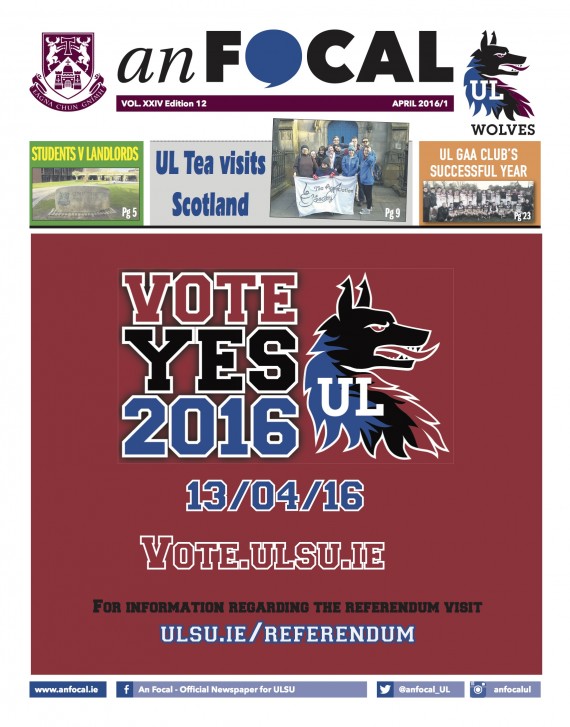 It’s the end of the road. Last August I saw an announcement pop up on my Facebook newsfeed from the Students’ Union. The Union was again looking for a new An Focal Editor. This one would be different to the years preceding it however. The position being offered was an internship for a UL graduate. The new Editor would work full time on the newspaper, as communications officers had in the past.

At the time of seeing the advertised position, I had just deferred my masters degree but still had a qualification in journalism and had been a UL student since 2010. Having previously written for An Focal during my year-long postgrad, I wanted to see it succeed.

When Daniel Tighe, the first An Focal Editor I worked with, left the position after semester one of 2014/15 I first considered the possibility of putting myself forward for the position. With assignments and coursework all coming at me around the same time I decided against it and returned instead to writing for the newspaper.

When that Facebook post appeared though last August, I took it to be a sign. Everything was aligned at that particular point in time for me to at least apply for the position of Editor. I applied, interviewed, was offered the job, accepted and jumped straight in.

Last August I was tasked with bringing An Focal back. It had been failing in recent years to capture the wider attention of students in UL. It had become inconsistent. All of these issues were likely down to the role being one taken up by full time students who had exams, assignments and coursework to constantly consider alongside the newspaper. Despite it only being 24 pages of content, An Focal requires complete and full time dedication to be at its best.

After a rocky start last August (running into September), I believe I brought it back. But it wasn’t a one man job – far from it actually. From the moment I began I had a right hand man to help fill the first edition in September. The entire Students’ Union staff played a significant part in helping form the newspaper throughout the first semester, but it was the clubs and societies co-op student at the time, Seamus Toomey, who acted as a firm backbone for the newspaper last semester.

However, An Focal’s journey back hadn’t reached its peak after the third or fourth editions. I was extremely lucky as last semester came to a close when I was asked to stay on as Editor until the end of the academic year, instead of the original plan of a one-semester position.

With semester two, An Focal began to form into a more solid layout, with more variety and creativity. This was undoubtedly in a large part due to the dedication and hard work of An Focal’s new co-op student, Eilís Walsh. Eilís brought a new standard to An Focal through its final six editions of the year. She was always there, ready to work and give her all to the newspaper.

So, my time at An Focal has come to its end and all I can do now is hope what I’ve tried to achieve over the past seven months has given An Focal a new lease of life. I’m also incredibly fortunate to be leaving when the newspaper has been put forward for a National Student Media Peoples Choice Award, that I’ve been nominated for Editor of the Year and that others who have written for An Focal are also being recognised on the national stage for their work in journalism. By the time this is printed, we will all already know who has and who hasn’t won any of the awards, but I’m still very proud of the nominations at the very least.

Finally, I can’t emphasise enough how much I’ve enjoyed my time working in the SU. From full time staff (Martin, Barry, Adele, Niamh, Liz, Keith, Killian, Michelle and Paul), to co-ops (Eilís, Aidan, Claire, Nicole, Aisling, Daithí, Sam and Aaron), to the best sabbatical officers I’ve had the pleasure of working with to date (Colin, Ciara, Marian and Seán).

The Students’ Union was a building I rarely used in my first three years at UL but once I realised everything it had to offer, I began to appreciate it more. However, it simply isn’t fit for purpose anymore. It was never meant to cater to 14,000 students and perhaps that is why it can be off-putting for some students. I have a duty not to push the direction of your vote, however I do have a duty to urge each and every student to think carefully about their vote and just as I would and have done for national elections, I would urge every UL student to go out and vote, regardless of how they vote. Democracy is important. Use your vote.

And on a final note, good luck to everyone in exams, assignments and any other challenges you might be facing into. Have a fantastic summer and for those now leaving UL, enjoy your time, do what you love, because you’ve likely earned it.