Pretty Fly For A Wi-Fi: UL internet gets upgrade 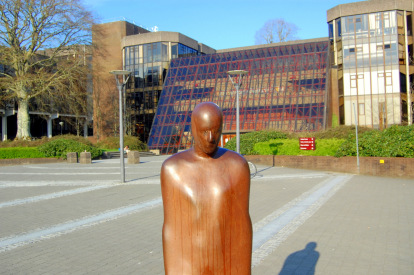 Pretty Fly For A Wi-Fi: UL internet gets upgrade

It’s one of the banes of any UL’s student existence.

Trying to maintain a consistent Wi-Fi signal throughout campus is typically hit and miss for many students.

It’s entirely possible to walk from Dromroe Village to the Sports Arena and have the internet connection drop out and come back like an indecisive Arts student.

But thanks to the tech wizards in the college’s IT department, works are ongoing to make Wi-Fi connections consistently strong across campus.

By the end of 2019, students on campus will no longer be able to avail of the open Wi-Fi network, ulwireless, and will have to enter their student ID and password into the Eduroam service.

The Eduroam service is compliant with GDPR, and is widely used in academic facilities around the world.

It is notable that the University of Limerick hasn’t had a secure Wi-Fi service up until now – NUIG have had such a service since at least 2010, with DCU also having a secure Wi-Fi network.

The upgraded Wi-Fi service is now widespread in the Main Building, the courtyard, The Analog Devices building, the Physical Sports and Science Building, as well as the main academic buildings on Northern campus.

The Schrodinger building, Institiúid Eola íochta Ábhair agus Dromchla, The Computer Sciences building, and the Languages building are earmarked for the next set of upgrades, with the end of October cited as the finishing date for works on those buildings.

Nando’s to open in Limerick