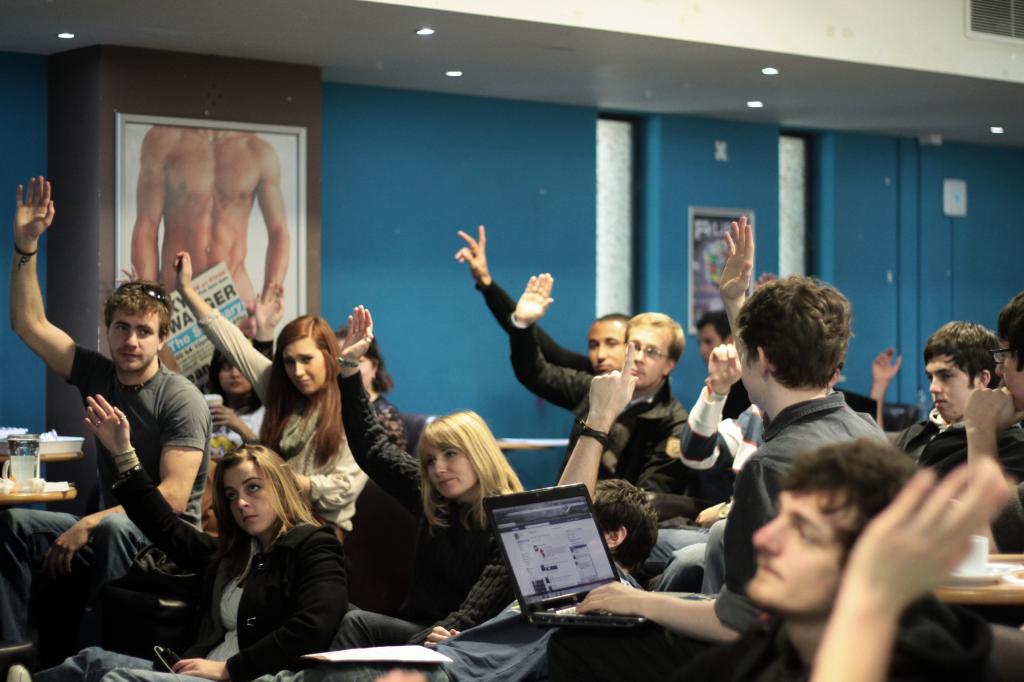 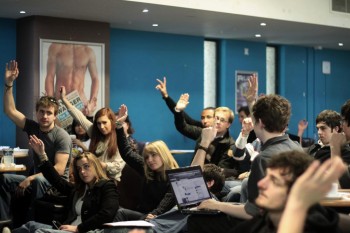 I’M VERY interested in what students think about student politics.

What is the reason for student’s unwillingness to engage? It’s quite difficult to ascertain. Some attend college and never set foot inside the Students’ Union, don’t care for Charity week or throwing their chicken roll wrappers around the common room. The only place they’ll know their way to is the Lodge and the Swift (though for the latter, it’s habit of disappearing makes that an achievement!).

That’s absolutely grand. However, some students will attend and take part in the aforementioned activities with regularity during their studies. Yet, when it comes to spending an hour at an AGM, they suddenly have a lecture.

All take and no give is clearly an unacceptable protocol by which to operate.

The very nature of the structure of our Student Union means that student involvement is necessary for business to take place.

Why don’t students care? There’s no questioning the majority of those who attend general meetings of the SU are those who are already involved in some way. Be it Clubs and Socs, class reps or An Focal writers.

The apathy shown by the remainder though, is somewhat disconcerting.

Having worked in the SU for the last 3 months as a co-op student, and with 3 more to go, the most major thing I’ve learned from dealing with students directly and indirectly is an incredible amount of students are very ignorant, and quite often by choice.

For these, no amount of campaigns, free condoms or educational advice will sway. They don’t care, and probably never will.

Involvement makes a difference most obviously for the SU as a whole but also in small way for yourself.

You don’t have to do anything special to engage. Come to the AGM. Read the website. Those who run the SU are not too far from the real world. And they don’t bite.

If you think there’s a cliché, that’s disappointing. But why don’t you do something to break it? If you don’t like the way things are done, speak up. Have a great idea? You’ll get full credit for it.

ULFM seeks to form 2012/3 Development Board