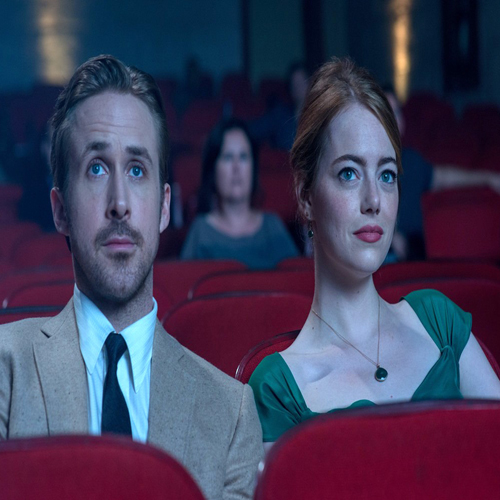 1. My God. They are singing already.

2. Does everyone wear primary colours? Because if that’s a thing, it’s going to piss me off all the way through the film.

5. How do four struggling actresses afford that lavish apartment?

6. Stop singing it’s distracting me from any plot formation.

7. Oh yeah it’s a musical, the story is told by song. Okay, concentrate.

8. Why does she need such a huge car?

9. How does she afford such a huge car?

10. There’s something very unsettling about Christmas songs in February.

11. Ryan Gosling’s passionate piano hair is so far the highlight of this film.

14. Dancing on a bend on a road over what looks to be a massive hill is asking for disaster.

15. Disaster averted because nothing dramatic is allowed to happen in this film, it seems.

16. I’ve felt more emotions making toast than I have in the past hour.

17. Sebastian! His name is Sebastian.

19. Does Emma Stone only wear dresses with one block colour in this film?

20. Why do I feel like they’ve purposely put no other familiar actors in this to play up the main characters?

23. They named his character Keith.

25. If I left and came back in half an hour I feel like I could catch up within the time it takes me to find my seat again.

33. Why does Emma Stone as a mother make me severely uncomfortable?

38. Did someone in the audience honestly just sniffle??