Tolerance is not, was never, and should never be enough 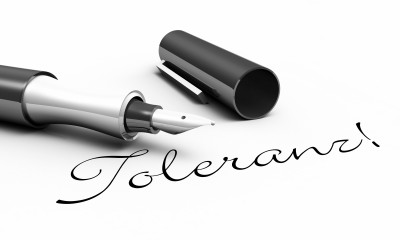 Tolerance is not, was never, and should never be enough

Five months on from May 22nd and marriage equality was finally signed into law late last week. Celebrations because now LGBT people in Ireland can not only marry the person they love, but isn’t it a fantastic symbol of tolerance and the new wonderful tolerant Ireland?

No. Tolerance is not some magnificent gift from fellow citizens to LGBT people. If anything it’s a spit in the face. Almost everywhere you turn you see someone talking about how the gays just want a more tolerant Ireland but in reality tolerance is far from what LGBT people want. Tolerance is what Ireland has maintained for decades.

Tolerance is merely saying: “I dislike you as a human being but because we have to live in this world together I’ll put up with you, I’ll allow you to share this world with me.” That, straight up, is exactly what tolerating someone means.

Tolerating someone’s sexual orientation then is another story. It is of course similar to tolerating someone as another person but it involves the dislike and the “I’ll put up with it” attitude being directed to an aspect of someone’s personality and existence.

At a workshop a year and a half ago, attendees were asked to play the tolerance game. This involved being paired up with someone and taking a few minutes to pick out all their physical traits and aspects of their personality and then tell them you tolerated those parts of the person.

In my case I was paired up with a friend. I told her I tolerated her hair colour first and struggling to pick out further traits, I went for the obvious: “I tolerate that you’re a woman.” The look of horror and disgust on her face said it all. Obviously I didn’t genuinely believe the things I was saying to her because but it was all part of this game to show what tolerance meant.

During the marriage equality referendum campaign it was humiliating having to go around to the homes of strangers and beg them to allow me the right to marry some day. It was even more humiliating and crushing when they’d very rudely refuse to allow it and say things which I knew to be homophobic, and all I was permitted to say in response was: “Thank you for your time and hope you have a lovely day.”

Any argument, any apparent anger or upset on our part would lead to claims of bullying people on their own doorsteps, so at all times we had to beg and thank people for the time they spent verbally abusing us.

To me asking for tolerance though is worse. To me it is a negative word when applied to attitudes towards other human beings. Tolerances is about putting up with someone else’s existence, even giving them permission to exist. It’s about deciding how someone else should live their life, while pretending to keep yourself out of their lives. Tolerance is not, was never, and should never be enough.

Marriage equality for LGBT people is at last fully legal in the Republic of Ireland but we’ve a long way to journey still in all aspects of life.