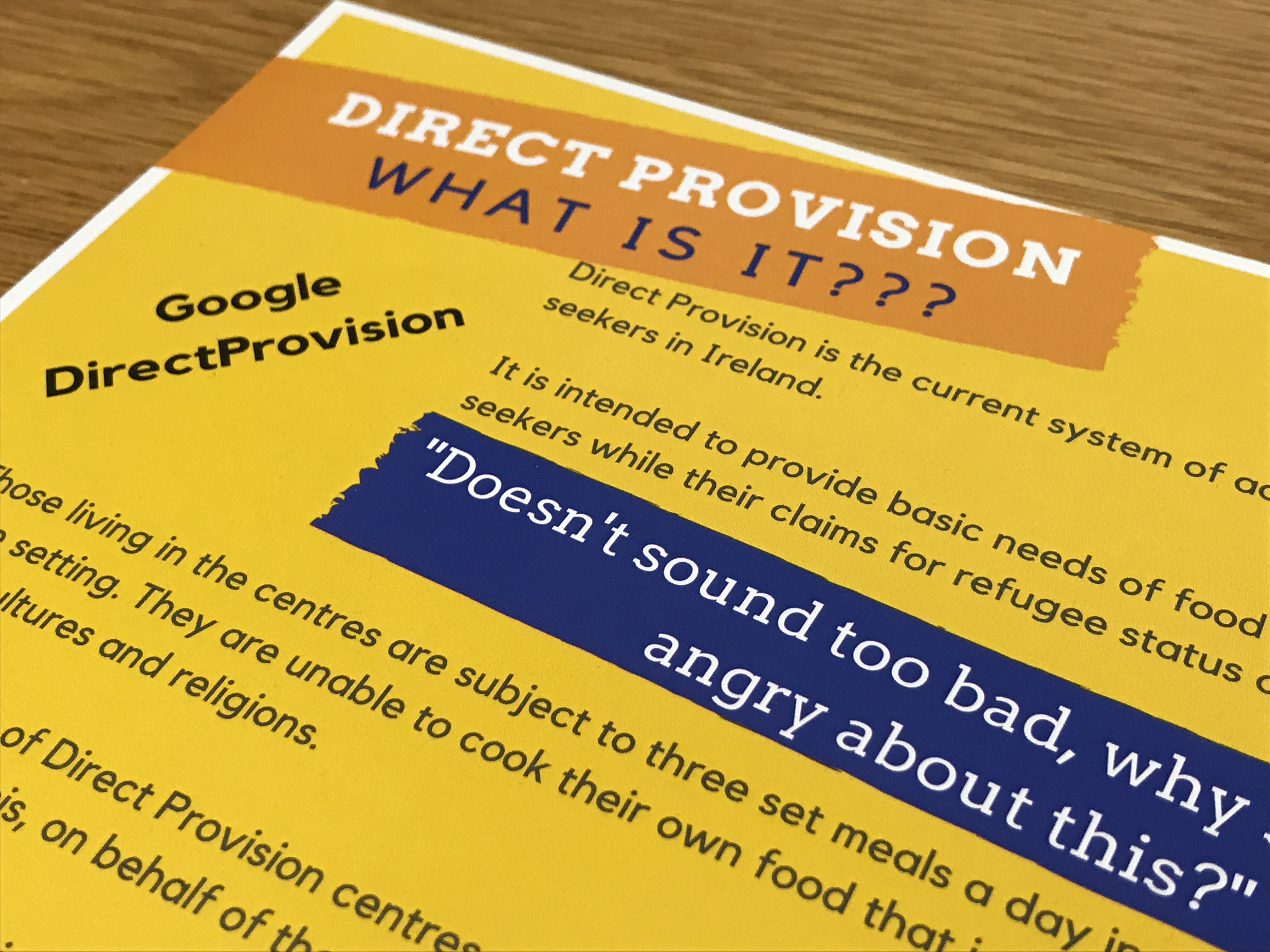 UL Student Life have started handing out flyers this week about ‘the facts’ surrounding direct provision.

The flyers are in response to similar flyers handed out by Aramark, the catering company who run most food outlets on campus, two weeks ago.

The company’s role in direct provision has come under scrutiny from UL students in recent weeks with some students calling for a boycott.

Student Life Deputy President Lorcan O’Donnell said one part of the motion that Student Council passed a few weeks ago was to educate students on the direct provision system and highlight Aramark’s role in contributing to this “inhumane system.”

“These posters are relatable and easy to read to show the real facts of direct provision and work directly against flyers that have been given to students recently that try to shift the blame” he explained.

Student Life President Ciara-Jo Hanlon said the flyers are an attempt to help students “understand the hardship that asylum seekers including our very own sanctuary students face on a daily basis.”

She wants students to “stand up to what is an unfair and inhumane system.”