We need to think about how our parliamentarians and senators are held accountable within the Oireachtas itself. Frank Fitzgerald discusses.. 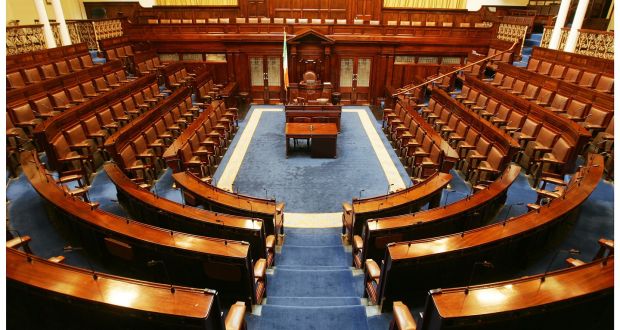 Over the space of merely four weeks we have seen the public skinning of two high-profile politicians, who happen to be in government, and an opposition TD who is a member of the biggest opposition party in this state, Tánaiste Leo Varadkar for leaking a GP contract that was still being negotiated to a rival GP union that was not involved in the negotiations, Minister for Justice Helen McEntee over controversy surrounding the process by which a SC Judge was selected, and Sinn Fein TD Brian Stanley for making insensitive and inappropriate tweets.

What has not been mentioned thus far has been what recourse if any the houses of the Oireachtas have to formally investigate misconduct or misbehaviour by members of either house through formal procedures and, if they are found to have acted inappropriately, what formal sanctions can be applied, short of the last resort of a no-confidence motion.

The process the three previously-mentioned members went through was a quasi-informal one of going before the Dáil to make a statement and take unscripted answers from the opposition, albeit Brian Stanley did not take questions.

This provides parliamentarians with an opportunity to seek answers from their colleague/s in question and for that person or persons to be accountable to their peers, but what happens after this? Leo Varadkar was found by a sizable proportion of the Dáil to have acted wrongly; Helen McEntee’s response was considered to have been less than clear as to the process she pursued in choosing Seamus Wolfe to appoint to the Supreme Court, at best, and was outright considered more or less as being proof that it was a political arrangement at worst, as was explicitly articulated both on the Newstalk radio station and by Miriam O’Callaghan of RTE’s Prime Time. A majority or sizeable proportion of the Dáil will likely remain in disapproval of Brian Stanley’s actions also. However, even so, there appears to be no formal recourse for the houses of the Oireachtas to formally sanction these individuals through some penalty mechanism apart from exerting moral pressure on them.

In addition, one most also question if a one-size-fits all bitch-slapping Dáil questions-and-answers session is really an appropriate use of parliamentary time, and whether it is an appropriate avenue for every controversy, from leaking confidential and unfinished commercial contracts to making insensitive comments on social media.

As things stand there is a Dáil Members’ Interests Committee, which in theory oversees the conduct of its members. There is no indication nor any suggestion whatsoever that this committee, which was set up under the Ethics in Public Office Acts (Whose name speaks for itself as to its purpose), has any practical role in or power to hold members of parliament accountable – in the case of a batch of Fianna Fail TDs late last year being discovered to be voting in their colleagues’ places no action appears to have been taken, and in the case of former Fine Gael TD Dara Murphy, who had the lowest attendance record of any TD, despite consistently swiping in for Dáil expenses on days he was found to not even have remained in the building, the Committee announced that it had no power to take action as Dara Murphy was no longer a TD, and so they had no jurisdiction to investigate him.

There is clearly a steadily accumulating trail of controversies for which there appears to be no formal investigation mechanisms – let alone effective penalties for misconduct. The Interests Committee could be strengthened, it’s powers expanded by law, giving it the ability to investigate misconduct, such as Leo Varadkar’s GP contract leak and such as Brian Stanley’s tweeting saga, to establish robust codes of conduct which would properly regulate the conduct of TDs, especially around social media for example, and to effectively punish members who wilfully break these codes, perhaps through a partial suspension of salary for a stated period, or through loss of other material or in-kind benefits. Were this to happen it would provide a robust code of conduct which may deter TDs from behaving as some did in the above-mentioned instances, and a structured format through which any breaches could be penalised, without the circus of a Dáil Q&A every other week.

It is still debatable, however, whether it is best practice to allow any particular group to police itself. A completely independent body, with no political representation among its membership and appointed through a thoroughly transparent and open process may perhaps be a more durable solution.

To most people, this likely seems to be a trivial, far away issue, but for one good reason alone it is not: The basic salary of a TD is 96,189 euros. That of a Senator is 68,111. The industrial wage is approximately 39,000 euros per year. Whenever you get your wages from your part-time job, you pay tax. Whenever you buy a can of Orchard Thieves or a naggin, you pay excise. And when you go to buy Christmas presents for your friends and family this Christmas, you will be paying VAT. Revenue from taxation, from your Orchard Thieves, and your Christmas presents and your part-time job and your naggins all go into the central exchequer, from which T.Ds and Senators are paid. For that reason it is in the interests not only of policy wonks and political scientists to ensure members of both houses of our parliament are held accountable, but in our own as well.