An Focal correspondent, Jordan Fenlon looks at some of the most interesting elections internationally that will be happening in 2021 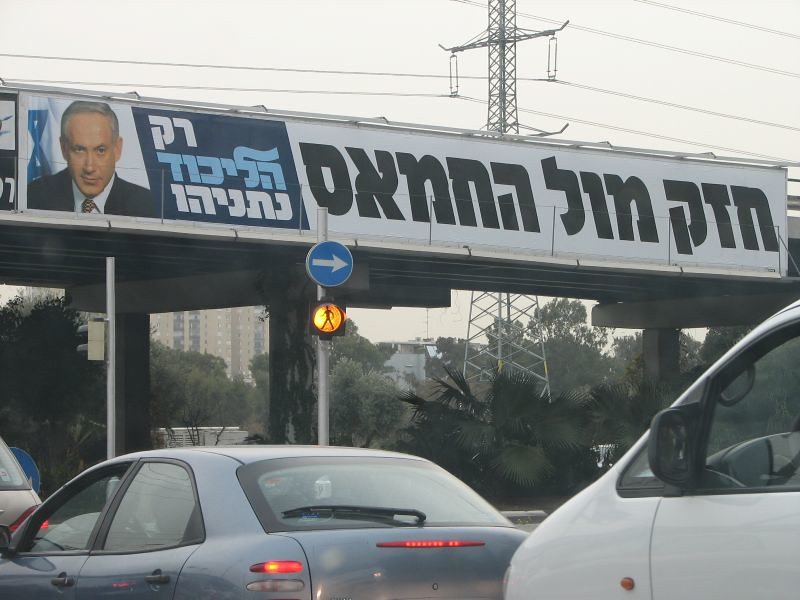 With the Coronavirus consuming most of the news, it is sometimes easy to forget that there was a time when arguments and issues not relating to Coronavirus took precedent. Thankfully, 2021 has in-store some elections, that will however by in large be Coronavirus- centered. None the less, they may offer some interesting results.

First we go to Israel, after 4 elections in a row, the Israeli government has produced more of the same characters, a political reality our Irish readers can more than relate to.

For the 4th time in less than two years the state of Israel is gearing up again for elections following an unsuccessful coalition between the ruling Likud & political freshmen from the Israel Resilience Party & their “list” (a coalition of parties) Kohal Lavan (Blue & White) which was a coalition of centrist parties in Israel. The first election of this debacle took place on the April 19, 2019 following a fallout from coalition parties Likud & Yisrael Beiteinu lead by Avigdor Lieberman, an avowedly secularist over a bill extending conscription to the Haredi community who are exempt from IDF service on religious grounds.

The Likud controversially tried to make a coalition with the Ultra – Orthodox parties, under the “list” “United Right Wing Parties.” This was not successful, as the very pressing & hot issue of the Ultra-Orthodox exemption from military service in the IDF issue was centre stage & Netanyahu did not appease of the Ultra – Orthodox demands, that new elections were called for September 17, 2019. Unprecedented in Israeli history.  The result; very similar, except Benny Gantz who was leading the Kahol Lavan (Blue & White) had more seat’s, leading by 1 seat, 33 – 32 in favour of Gantz. Initially the task of government formation was given to Netanyahu & his Likud, but he was unsuccessful, the pressure was mounting on Netanyahu, it appeared that this was his waterloo as there was a yearning for a “national unity government” but the centrist leader of Yesh Atid, Yair Lapid, also part of the Blue & White list remarked “if Netanyahu steps aside, we’ll have a unity government”, as well, Gideon Sa’ar of Netanyahu’s Likud party mounted a mutiny, in calling for a party leadership race, which was unsuccessful, alas the mantle was past to Gantz, the fresh face of Israeli politics to form a coalition. He too was unsuccessful, so it was decided that again, for a 3rd time, Israelis will head to the polls on March 2, 2020, which again, brought about similar results with a four- seat lead for Netanyahu with 36 seats to Gantz’s 33.

The Israeli public was getting tired of just circus & no bread coupled with the looming pandemic. The two rivals decided to enter talks for a national unity government, both men agreed upon rotating leadership roles, however this coalition was a betrayal of the support Gantz was granted by the Israeli public, running on a platform against Netanyahu, he then lost all his legitimacy in the eyes of the public.

The coalition would not last, following a dispute over the budget, the coalition dissolved and new elections were called for March 23, 2021.

The biggest political casualty so far has been Benny Gantz, the insurgent Gantz who rode a wave of yearning for change and anti – Netanyahu sentiments no longer had such legitimacy. Netanyahu rests easy knowing the man once speculated to be his successor is no longer a threat, Gantz’s party is projected to win about five seats- a meteoric crash. The question is, where will change come from? Or more aptly: will there be change?

Netanyahu has been blessed by the Trump administration, with four normalisation deals (formal diplomatic recognition) between the state of Israel and four Arab states (UAE, Bahrain, Morrocco & Sudan) coupled with the vaccine rollout success, it has been a PR boost for Benjamin Netanyahu, dogged by corruption allegations & the inability to form or retain a strong coalition, he seized the opportunity to attach his face to the vaccine programme by visiting vaccination centres across the country for photo- opportunities. He may very well win another premiership.

Incidentally, Netanyahu may be ousted from the further right, so far, the renegade Gideon Sa’ar, former Likud MK who tried to take down Netanyahu from within in the September election created his own party called “New Hope” & prominent hard – right, former Minister for Defence, Neftali Bennet of the Yamina party have signalled that they would be open to working together to oust Netanyahu.

At this point you are probably asking “Does Israel have a left wing party?” It does, however since 1999 thanks to Netanyahu delivering a fatalistic election blow to Ehud Barack of the Labour Party, it has never recovered. The closest thing Israel has to a change in ideology electorally viable is the centrist Yesh Atid lead by Yair Lapid, who prior was part of Gantz’s Kahol Lavan (Blue & White) party but split out of commitment to not serving with Netanyahu upon the coalition between Gantz & Netanyahu, a move that has served him well.

Yair Lapid is the Joe Biden candidate, he’s certainly not left wing, but he is decidedly not right wing either. More left leaning on issues regarding Palestine but certainly no dove, the Centrist is truly that, a centrist, he very well could form a coalition and unseat Netanyahu.

The vote will be underway on March 23,not long from now and it could very well produce the same ideological dead lock. Time will tell.

Next, we go to Germany which is gearing up for the federal elections near the end of this year. It will be very consequential because for the 1st time in nearly 16 years, it will not be Angela Merkel winning the election.

As European citizens, this election is of great importance. Germany being the engine of Europe, a change in leadership could affect the EU collectively.

Merkel’s successor to party leadership was chosen earlier this year, the continuity candidate Armin Laschet became the leader of the CDU, Merkels ruling party. However, he may not run as chancellor, passing the mantle to perhaps Jens Sphan, or the Premier of Bavaria, Markus Soeder- both very popular politicians. To the left the SPD party is in a bad position.

The SDP party is currently in coalition (or GroKo) with the Conservative CDU, the party seen a major drop-in support in its previous election, loosing votes to the AfD, Die Linke & Greens. The SPD are in the unfortunate position of actually being in government, meaning the political ammo of criticising the governments virus policy is not possible.

The Greens are expected to make gains, this Sunday’s Baden-Württemberg regional election will provide an insight into the Greens potential performance on the federal level in September, for political anoraks it is one to watch.

The initially Euro – Currency sceptic, turned anti – immigrant & anti – refugee party led in the Bundestag (German Parliament) by a woman married to an immigrant and has a refugee housemaid, The AfD, who performed exceptionally well last election are polling badly, due to populist rhetoric when people want steadiness combined with the German intelligence agency investigating some rank & file members for being allegedly extreme & anti – democratic, if I was a betting man, I would not be able to make a good call on who will win, but I would certainly put money on the AfD losing.

To Scotland, where on May, 6 we will see the Scottish people elect their new parliament. If Brexit was Breaking Bad; this will be El Camino. This will be one of the more exciting elections of the year, as providing Nicola Sturgeons SNP win a majority, there is an increased chance of IndyRef2.

So far, not so good for Sturgeon, after being rocked by a controversy following her political mentor Alex Salmond regarding mishandling of sexual allegation accusations leveled against him, having been acquitted he has been out for revenge, criticising Nicola Sturgeon, his former protégé for her part in this debacle, the Holyrood inquiry as it is known has been detrimental for Nicola Sturgeon.

Luckily for the SNP, both the Tories & Labour in Scotland are not as popular than in England & Wales. New leader of the Labour Party Anas Sarwar has rejected the olive branch of Scottish Conservative Party leader Douglas Ross who called for a coalition between the two, tacitly supporting Sturgeon’s premiership.

The Holyrood inquiry may result in further issues for the SNP but for now we will have to wait until May, 6 to see the results.

For those besieged by Coronavirus news will be happy to know there is elections in the Netherlands next week and later this year will have elections of great symbolic importance. Chile after it’s large protests will go to the polls in November, Japan in October will have a general election, a test for the new Prime Minister Yoshihide Suga who took over from Shinzo Abe last year following health concerns on Abe’s behalf, close to Japan is the Hong Kong legislative election which will be the 1st since China extended its rule to the once semi – independent city state, many elections of lesser importance will be taking place to occupy the mind with something beyond the virus.