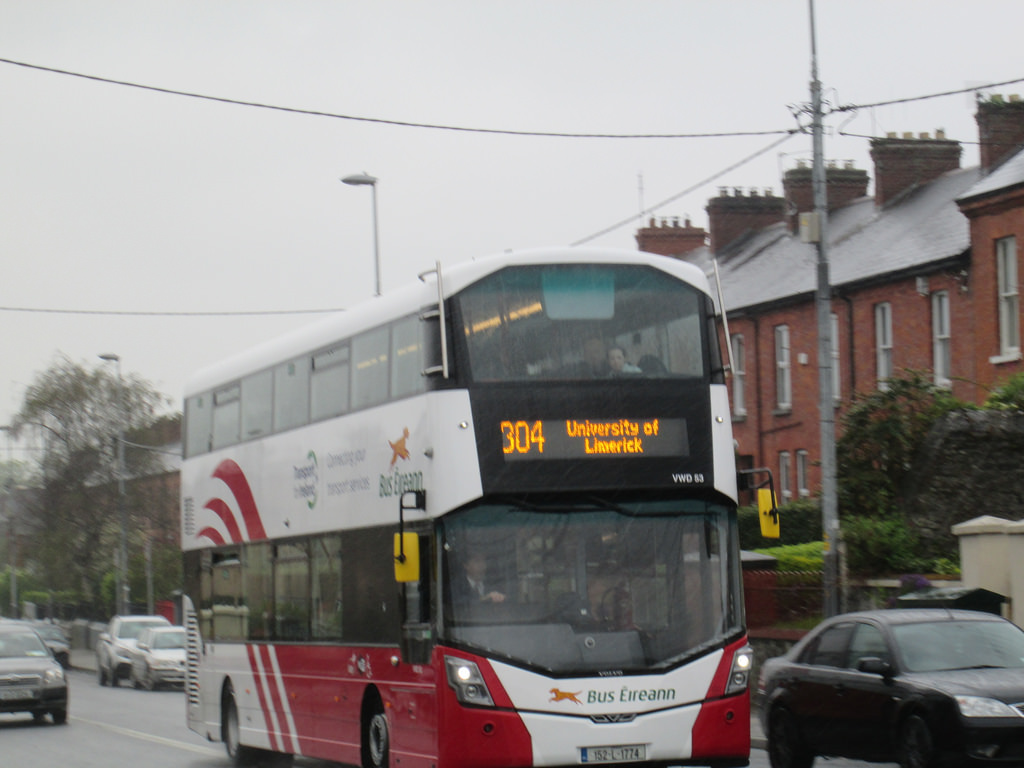 If you attend the University of Limerick, you are probably familiar with the 304 bus service ran by Bus Éireann.

It comes too early when you’re running late and too late when you need it to be on time, the 304 is something that has tested the patience of students for a long time.

With its punctuality being the cause of your stress for the day, all you need is annoying people interrupting your unnecessarily long commute.

From the Stables all the way out to Raheen it is certain that you will meet a few characters on your way!

In Dublin, it is paramount that you have the exact coinage as there is no change given.

In Limerick, you will always have that one person who never has the change and will whip out a fifty or twenty euro note, much to the dismay of the bus driver.

Yes, money’s money, but get a Leap card for God’s sake.

It is not too often it happens, but, sometimes the 304 arrives just before its expected arrival time.

This means the bus is travelling ahead of schedule.

The driver often affords the latecomers a period of grace to arrive on time for the bus by waiting at that particular stop.

Cue the cheeky guy on the top deck coming down to jump off the bus to grab a cheeky fag.

Then, jumping back on just before the bus leaves so they have the maximum amount of time to get their fix of nicotine.

The “got lucky” folk
If you use the 304 in the morning time, there are two types of people you will encounter wearing the clothes form the night before.

Firstly, there are those who are all on their lonesome.

They may look shook and might be about to get sick at any moment – but they were not alone last night let me tell you.

A walk of shame of sorts, the 304 is a less embarrassing way to tell the whole world that you got lucky last night – no shame here, we salute you.

The Moose-goers
In turn, the second group of people wearing the clothes from the night before are those who are travelling to The Moose to start the rollover and have pints for breakfast.

You often hear them before you see them, they’re keeping her lit and will remain a part of 304 culture for years to come.

The school-goers
The other group that one might come across both in the morning and evening are those on their way to or from school.

Usually quite recognisable from the daggers they’re throwing at you as you walk by reeking of jagerbombs, or by the horrendously long skirts that are likened to that of a nun’s habit.

Don’t worry, it won’t be long until you’re in college, and off the 304, unless you go to college in Limerick in which case you’ll probably continue to use this wonderful service only you’ll be the one smelling of drink.

Everyone’s best friend
No matter what form of public transport you get on, there is a ninety-nine percent chance that there’ll be someone who wants to talk to anyone and everyone and share every single detail of their whole entire life with the whole bus.

These people are very polite and friendly; however if you are one of the above, you are more than likely in no mood to entertain them.

The Novice
It’s not often you see one in Limerick, however when you do see someone riding the 304 for the first time, its difficult not to spot them straight away.

From asking everyone “What stop is this?” to falling down the stairs because they moved at the wrong time, they’re a rare species and often a little helpless so try not to laugh when they go running after being jerked forward when the bus starts moving again.

PDA couples
PDA’s or public display of affections are often nice ways of telling someone how you feel.

However, the type of PDA that comes under the touchy-feely couples who can be seen shifting on the 304 is not cool.

PSA – PDA on public transport will make the already alcohol-induced nausea worse, so don’t do it!

Button presser
The penultimate inclusion on this list is an eye-twitching one for some.

To alert the driver your stop is next, there is a red ‘Stop’ button that sounds an alarm.

On nine out of ten 304 journeys there is always one passenger who will press the big red button, just after the bus has stopped because they are too lazy to walk an extra five seconds.

Not to mention the people who press it for a second time after someone else has pressed it.

The people who don’t wear headphones
Finally, are those who obviously have not been introduced to the concept of headphones or else they wouldn’t be playing that loud music or videos aloud, would they?

Because that would just be plain rude and annoying to your fellow passengers.

You know who you are!