An Focal’s Kevin Ruddy gives his thoughts on yesterday’s bombshell. 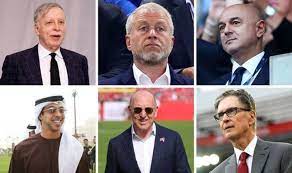 Saturday evening was an exciting one for me personally, having just watched my club, Chelsea, defeat soon-to-be Premier League Champions Manchester City in the Semi-Final of the FA Cup at Wembley. Booking our 4th FA Cup Final in the past five seasons along with a Champions League Semi-Final against Real Madrid to look forward to.

It is a rather exciting time to be a Chelsea fan. To say I slept soundly is an understatement, knowing that the possibility of another FA Cup and Champions League double is not far off.

Come Sunday night, the ludicrous proposal of a European Super League only containing the so-called ’elite’ clubs came to fruition. I, along with millions of other supporters of the ‘’big 6’’ in England realised that football as we know it is on the verge of being purely and simply dispatched and dissected all for more revenue and entitlement within the football pyramid.

So, what is the European Super League? Twelve of Europe’s leading football clubs (soon-to-be 20) will all take part in a midweek competition, administered by the owners and executives by its ‘Founding Clubs’. It has been touted as a direct competitor to the already established and historic Champions League.

Not only has this announcement, shaken the core of the football world, but it has made fans like me, fall out of love with the greatest sport in the world. Creating such a toxic environment that rival fans are coming together in support to overwhelm their club owners in an attempt to cancel their profit-orientated mindset.

It is the football equivalent to a nuclear war, emphatically creating such a seismic shift in the history of football that if these plans were to officially move forward, football as a whole will die a slow and soulless death.

As a Chelsea fan, I have been grateful to our owner Roman Abramovich. From saving our club that was on the brink of collapse pre-takeover, the constant decade of glorious success, his valiant efforts in funding the fight against racism and antisemitism that has alluded the club going back to the 1980s. Abramovich, also stood up during the Covid-19 pandemic, letting NHS staff use the Millennium and Copthorne hotels along with supplying free food and water at Stamford Bridge.

Without furloughing Chelsea’s staff or relying on Government loans to keep afloat during the troubling times. His impact and legacy for the history of Chelsea will never be questioned.

However, some of his managerial decisions, harsh treatment of club legends and being known simply as a ‘sacking club’. Even for Abramovich and Chelsea, agreeing to be a founding member in a competition that not only bankrupts any moral standards we had left as a club but marginalises the core fanbase that has been supporting the club long before the money era of the 2000s, 2010s and to the present day.

Ironically, the one trophy Abramovich always craved was the Champions League. Acting as ruthlessly as an owner can get in a bid for the trophy with the big ears. I, for one, assumed he wanted more and more European success in its biggest competition, but now he is throwing it all away for the sake of increasing their commercial revenue and European standing.

It reeks of moral ineptitude, ignorance and quick nature thinking and Abramovich knows this. With reports from Sky and other media outlets that Chelsea along with Manchester City was cautious about joining the league but was ultimately fearful of playing in a ‘weakened Premier League and Champions League.’

Not only has Abramovich, along with FSG, The Glazers, Daniel Levy, Stan Kroenke, and the City Football Group have undermined their fans so badly, that clubs with rich history and traditions in England such as Manchester United, Liverpool and Arsenal have been corrupted by greed and have completely negated United’s Busby Babes of the Munich air Disaster, to Bill Shankly of the great Liverpool teams of decades gone by and to Arsenal’s standings in the FA Cup, thirteen league titles, with their Invincible season topping off a glorious time in the history of the club.

All six club’s reputation and potential future are being traded for the opportunistic pursuit of greed and standing above lesser clubs. It truly is a prime example of poisonous elitism that has been apparent in the global structure of football for years, only now being brought to the surface.

There has also been speculation that this year’s remaining Champions and Europa League games will be cancelled with immediate effect. However, with contractual obligations with TV broadcasters and sponsors in consideration, the likelihood of this happening is slim.

With the possibility of each club being banned from their domestic leagues and competitions, along with the Champions League. If this Super League were to motor on with even more backlash, the possibility of my club and many others being subsequently banned for taking part is detrimental to the sport, the club and more importantly the fans.

No matter what happens, if this American franchise outlook on football falls flat on its face, the repercussions and aftermath will never be forgotten, hyperbolic or not, each and every club has blood on its hands, many opinions on past success will be looked at with disappointment and any future achievements will be tainted in many fans’ eyes, mine included.

Whatever happens, football as we know it is dead, lacking any soul it had left and has officially gone from football to ‘soccer’.