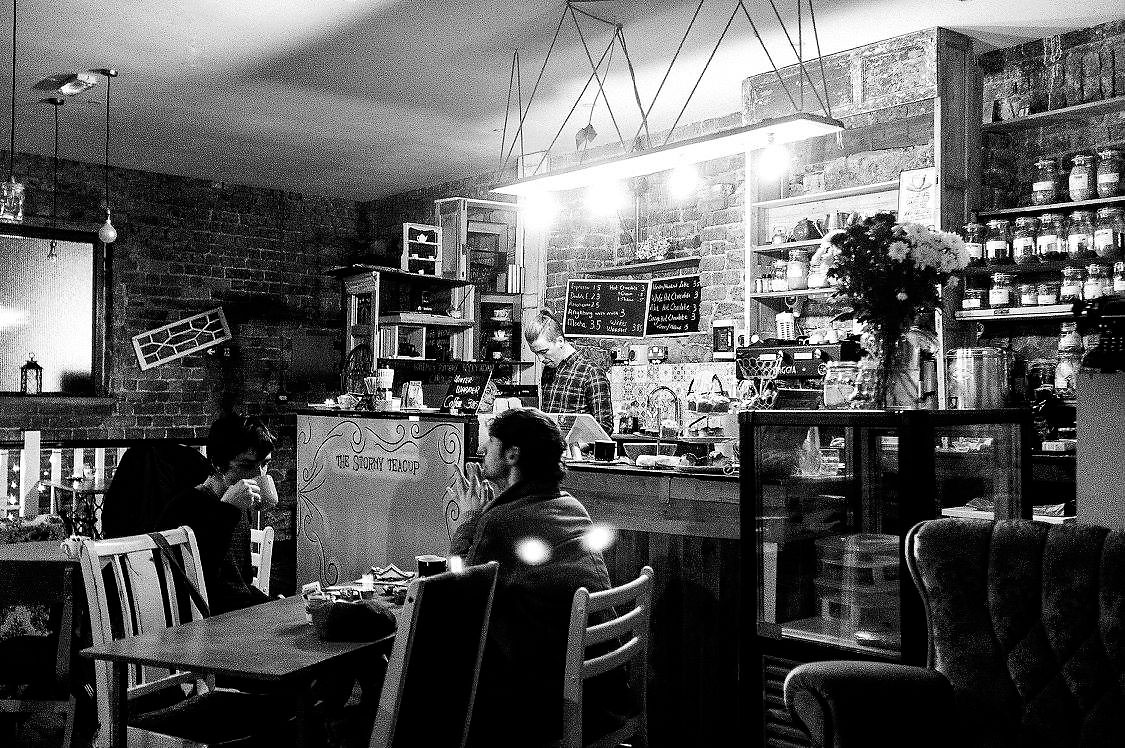 My An Focal debut was poignant from me. On one hand, it was rather amusing to see my name in print, but on the other, what I had written was an article about the closure of one of my favourite places in Limerick and I was genuinely gutted.

Thankfully, Santa came early this year and the café once again burst into life, serving delicious beverages and treats to all.

I sat down with new owner, Adam Reeves, over coffee to discuss what’s in store for The Stormy Teacup.

What inspired you to reopen The Stormy Teacup? How did you feel when it initially closed?

“The first I heard of this place was on Facebook when I saw the post about it closing down and I saw the reaction to it and thought there might be something here if we reopened it and took a different approach.

“I came up and had a look and decided that we’d see if we could make an offer to the people that did own it in terms of taking it over and there was definitely an opportunity to work something out. That was pretty much it, it was purely a business decision. There was nothing else around it, it was clear cut business.

“To be totally honest, there was no attachment for me and here. The first time I came here was to scope the place out. I wish it was more romantic than that but it was literally a simple business decision.”

Did you always want to own a café or was it something you saw in this place?

“I never in a million years saw myself having anything like this, I never saw myself going down the whole food route to be honest. Like, if you said to me six months ago about having something to do with food and drink I would have told you that you’re crazy. I would have been against it, I would have decided against opening it.

“I think the pros outweigh the cons in this case and that it made so much business ends that we could work out the whole food and drink barrier afterwards. Everything before that was purely marketing and software based.”

What are your plans for the future of The Stormy Teacup?

“Product was the first thing for me, the first building block and our product has to be really good and consistently good. I didn’t feel it was before, the second thing was basic little processes that if they were done well for the future. I’d look at events and things like that and just trying to sweat as much money out of the place we can get to be honest.”

Will Stormy classics like movie night and board game nights be returning or is this a new era for The Stormy Teacup?

“Yeah, absolutely. Most of it, stuff like that, is going to be what people tell us they want. It’s going to be simple as that. They had the movie nights, game nights, that kind of thing, they will all come back there’s clearly demand for them they worked for them before and they’ll work for us now.

“We have exciting music stuff happening, I’m a musician in my own right. To be honest I thought that’s where I was going. This Christmas was all going to be working on my bands EP and that kind of thing so music is going to be a big thing here and then you have to look at after hour stuff like the whole space between 1:30 in the morning and 5 o’clock in the morning, that whole area. There’s nothing being done there, I think that could be a good opportunity for us.”

Are you a tea or coffee person?

So what’s your favourite drink on the menu?

“I always drink a flat white, we do a really good flat white. I was always coffee more than tea but tea is kind of growing on me, like I’m ordering tea, sampling tea, tasting tea, and serving tea so it is definitely growing on me.

“But again, going back to your first question, it was purely a business thing, there was no I didn’t love tea and wanted to own a tea shop. I had no experience in a café, or tea thing before, it’s all new to me. It’s getting more and more 50/50 as it goes on.”

What’s it like to be a young business owner?

“There were no ‘you’re operating a company’ and I still am operating a company but no one knows there’s a 19 year old sitting there doing it. Whereas here, I think more and more people are realising that ‘wait a minute, the dude’s 19’ so I guess there’s that feeling of, in a very paranoid way, what people are saying, people are looking at you going ‘he’s 19’.

It is difficult to balance the business, and music, and a social life?

“Yeah, the lads end up getting worried about me, I was getting texts from them, from different groups of friends, kind of going ‘are you still alive?’. As soon as we decided to do this it has to be a very quick turn over. We didn’t buy this until October so we had literally a month to do all the business side of it, all the physical side of it, renovating and everything that came with it.

“I literally had to go head first into it and it was as simple as that. So I just disappeared of everyone’s radar but I think it’s an easy enough balance. It’s gotten to a stage now where it’s grand, which is good, I thought it would be more than that, I thought it would be next summer when  I could crawl out of here and get back into the life but it’s not. It’s fine.”

How do you feel about seeing this place up and running?

Freshers Diary: Back for part two