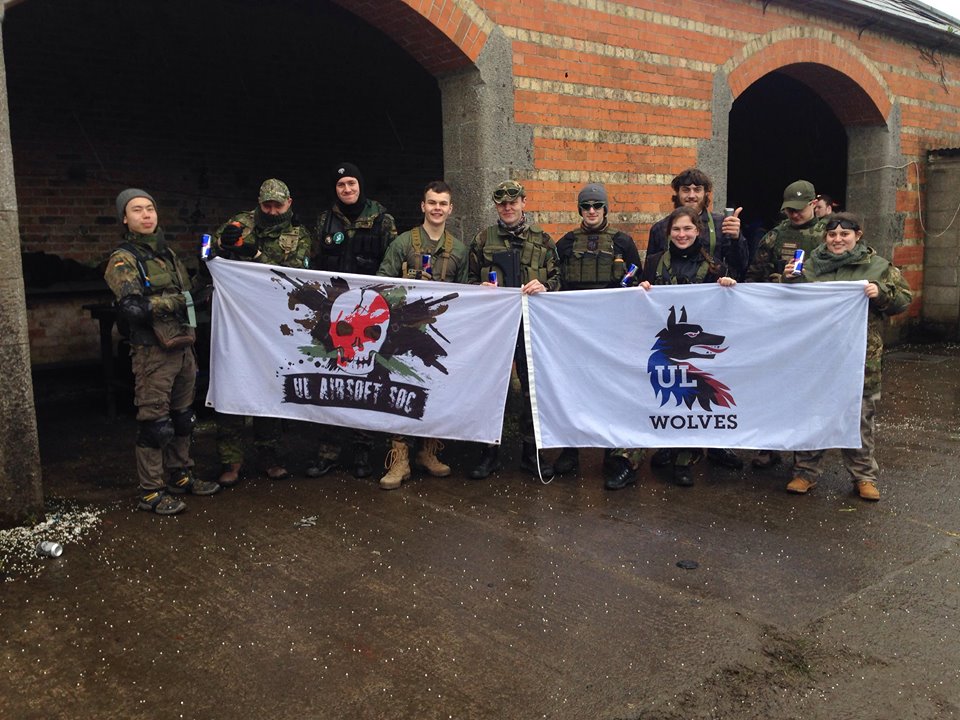 UL Airsoft had the joy of participating in the Airsoft Intervarsities on Wednesday March 14th.

To say that our first swing at varsities was daunting would be a gross understatement.

Gear was packed, briefings were delivered and nerves were wound tight. Despite a handful of experienced players amongst our ranks, we had the distinct disadvantage of no formal training as a unit, nor experience in such a competition.

Nevertheless, as we departed from UL that Tuesday night, every man and woman in the unit knew that we were heading to SimTac to leave a mark. And a mark we left.

Eight teams stood against us, ranging from those renting gear for the day due to lack of their own, to the jokers who wore banana costumes, to the teams with the best gear and veteran players combined with dedicated coaches. The mix provided a massive challenge.

We had Tallaght in the first game, and they fought relentlessly! Shaken but not stirred, we managed to regroup and turn our resistance into a full-blown assault, taking the objective and securing an invaluable first victory.

As the day progressed we continued to secure more victories, reaching our stride. Our objective for the day was being fulfilled. We were not the best trained, nor the best equipped, but we were by far the meanest and most terrifying team for anyone to face. The wolfpack were the fastest breaking for an objective and once we had it we fought tooth and nail to hold it. In the end our biggest advantage was communication and organisation. Every single member of the team knew their job, and everyone worked seamlessly together to secure victory after victory. 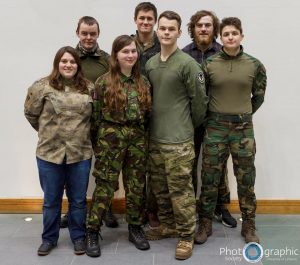 The UL Wolves made a lasting impression on everyone involved. By our third or fourth game our opponents knew exactly what faced them, and if they didn’t, then the overwhelming roar coming from the far side of the map would have it cleared up. Just before the whistle was blown, the earth shattering roar of “Wolves!!!!” would resonate over the battlefield, signalling the onslaught headed for the poor team who stood in our way.

At the end of the most amazing day of gaming I personally had the pleasure of being part of, we secured second place, taking first spot on the leader board but being closely edged out by DCU due to their performance in the side challenges. Our very own Kevin Kinane distinguished himself by securing the Best Player award on the day.

We may have come second but we went home winners that night, and it was my honour to command the fine team of men and women who did our society proud. We showed everyone that expensive equipment is by trumped simple and sharp tactics, that structured and drilled combat manoeuvres are easily disturbed by aggression and ingenuity and most of all, that you don’t send a team of men to take on a pack of wolves.