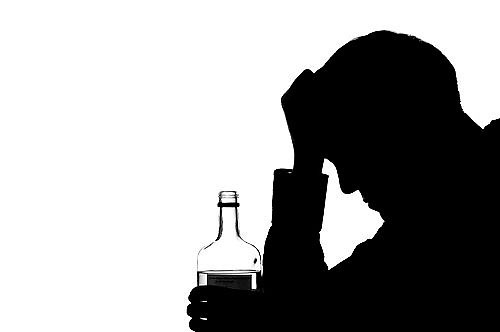 “I’m not interested,” Scott sat hunched over a glass of whiskey.

“Wow. Now I get why you’re by yourself.” A whiff of lavender passed over Scott.

He sighed and turned. A pretty young woman was standing before him; short blonde hair, dark knowing eyes and a turquoise dress that complemented her curves.

“We’ve all been there. It’s okay. Name’s Tanya,” she popped herself on a stool and thrust out her hand.

Tanya smiled. She had a beauty spot above her upper lip. “Well? Aren’t you going to get me a drink?”

Scott flinched. Who is this woman? He sighed and pulled out his wallet. “Yeah sure. What’ll you have?”

“I’ll have a margarita on the rocks, salt on the rim, with a lime slice.”

Scott stared. “Is that it? What about a sparkler? Or maybe a small umbrella?”

“Oh, I love this song.” Tanya tilted her head back; the light caught the delicate line of her neck. “It’s quite appropriate actually.”

“Why’s that?” Scott asked as the bartender served Tanya’s drink.

“Listen to how lonely the trumpet sounds. It’s like you: all dark and mysterious.”

“What makes you think I’m lonely?”

“Well you were sitting here by yourself, and you’re not wearing a wedding ring,” she sipped her drink. “So either you’re divorced or you’re really unlucky with women.”

“Or maybe I haven’t met any women that interest me,” Scott chugged down his drink. It stung his throat. “Excuse me.” He got up to leave.

“Alright, but it’s your turn to get the drinks.”

“No problem,” Tanya ordered a round. “So what do you do for a living Scott?”

“I work for an insurance firm.”

Tanya straightened up. “Oh interesting. That’s a lot of responsibility. Is it stressful?”

The band began again. The singer’s voice floated across the room as she did a rendition of Billie Holiday’s “I’m a Fool to Want You.”

“Can you believe Billie Holiday passed away three years ago?”

“Yeah. She went too early.”

Scott turned to a woman in gold. She did have a striking resemblance to Billie Holiday. Same skin tone and figure. The lyrics seemed to pain her as she held herself.

“So what did you say you did?”

“A bit of this and that,” Tanya sipped her drink. “Oh, look who it is.” She jumped off her stool and ran into the arms of a man. He looked sharp in his shirt and trousers. The dim light played with his olive skin. He had a short beard and striking green eyes. His hands caressed Tanya’s bare arms.

“This is Scott Holloway,” Tanya led the man over. “Scott, this is Isaac, a friend of mine.”

“Nice to meet you,” Scott shook his hand. Isaac smiled with his eyes. “I should leave you two to it,” Scott stepped away.

“Yeah chief, what’s the hurry?” Isaac led him to a table facing the band. “I’ll get us a round.”

The three were laughing and half listening to the music. Empty glasses were crowding the table.

“But wouldn’t it be amazing to go to Paris?” Tanya waved her hands. “Walk along the boulevards and eat in fancy restaurants.”

“Isn’t New Orleans exciting enough for you?” Whiskey splashed onto the table as Scott waved his drink.

“I agree with Scotty here,” Isaac slapped him on the back. “Good, pure American values. That’s what the world needs. Europeans are old fashioned and snooty. They’ve all got something shoved up their asses.” The two men stared at each other and began laughing.

“You two are a pair of boys,” Tanya lit a cigarette. “You have a couple of drinks, and all of a sudden you forget you’re men.”

“I’m sorry,” Isaac drew an arm around Tanya. “Hey, I’ve got an idea for a bit of fun. How about we head down to Bourbon, it’s gotta be more exciting than this joint.”

Scott, Isaac and Tanya tramped down the street in the humid night. The setting sun cast a pink hue over the city. They turned onto Bourbon and were bombarded with sound and colour. Music blared; people sang and laughed; glasses clinked; dresses swished; feet stomped.

They jostled through the crowd and passed clubs and bars. One place was bursting with people dancing to “It Don’t Mean a Thing if it Ain’t Got That Swing.” The band was going wild as they tried to play above the raucous crowd. A couple doors down, a trumpet was breaking hearts with “Blue Moon.” Couples swayed under the dim light.

The three drank, sang and danced until the moon shone overhead. They were sitting at a street corner. People were saying their goodbyes, others were kissing down side streets.

“Well boys. That’s about as much fun as I can handle tonight,” Tanya announced. “And I need my beauty sleep. This pretty face takes work,” she kissed Isaac on the cheek. “Goodnight,” a kiss for Scott. “Don’t do anything I wouldn’t,” she sang as she walked away.

“She’s something else,” Scott said.

“She sure is,” replied Isaac. “Well, I should get going too.”

“I can give you a ride. My car’s just up a couple of blocks away.”

The pair shuffled through the streets, Isaac supporting Scott. They made it to his car. Scott fumbled with his keys and dropped them.

Scott stumbled in the door to his apartment. “Home sweet home.”

“Wow, what a place,” Isaac whistled as he gazed around. There were brown sofas, a cream carpet, a walnut coffee table, and sleek countertops. “It looks like something out of a style magazine.”

“It’s just stuff I picked up here and there,” Scott tried to put some ice into two glasses. It spilled over the countertop. He felt a hand on his lower back.

Scott turned. “You’re the boss, but don’t be stingy on the whiskey.” He staggered and fell onto the sofa.

Isaac brought over the drinks.

“Cheers,” they emptied their glasses. Scott thought it tasted off and laid back as a warmth spread through him. He felt a hand touch his leg. Isaac was grinning. His hand moved up Scott’s thigh until it was at his crotch. Scott’s heart was thumping. A breeze came from the window; the curtain stirred. Isaac’s lips were glistening. He brought his hand to the back of Scott’s neck. The pair moved closer. Their lips met. Scott groaned. The other man’s beard scratched his face.

They moved into the bedroom. Scott fell onto his back, Isaac on top. A dizziness passed over him. He was sweating. The room was spinning. All he could see were two green eyes and a pearly grin peering down at him. Blackness shrouded his view as he passed out.

The alarm clock woke Scott. He arose, holding his head. A foul taste of stale alcohol lingered on his tongue. He noticed his safe was open. It had been cleaned out.

“Jesus Christ.” His stomach fell. He slammed the door and went out to the living room. There were clothes and glasses strewn across the floor. A note was laying on the coffee table next to his apartment keys. His car keys were missing.

He ran to the window; the car was gone.

“F**k,” he held his thumping head in his hands, and picked up the phone.

“Operator. How can I direct your call?”

“Put me through to the Royal Street police station.”

“Royal Street Police Department, what is your emergency?”

“I’ve just been robbed,” Scott explained about meeting Isaac and about his stolen money and keys.

“Sir, if you had just met this man, what was he doing in your apartment?”

“Well we were just… having a few drinks,” Scott’s mouth ran dry. “Look, are you going to catch this guy or not?” He was sweating.

“Well sir, you will have to come down to the station to file a report.”

The phone clicked back into place. Scott wandered over to the bathroom, and showered. He shrugged into a shirt and combed his hair as he scrutinized himself in the mirror. There was a love bite on his neck. He traced his fingers over the tender skin, and shook his head. Never again.

He stepped over the mess in his apartment. As he left, the door shut behind him; a silence echoed through the room.