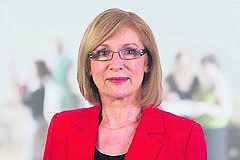 By Tomás Heneghan and Eilís Walsh

In the final sprint towards General Election 2016, An Focal contacted Limerick’s own Minister for Education, Jan O’Sullivan to see how she approaches various student issues.

On the issue of housing, each September students struggle to find accommodation in many university cities in Ireland. This year in Limerick University of Limerick students were forced to stay in hotels and on friends’ sofas as they couldn’t find affordable accommodation near the UL. Is this an issue you would be in favour of addressing, and how would you hope to do so as Minister for Education?

I commissioned a report from the Higher Education Authority which was presented last summer. Since then an implementation group has been working on medium to long term solutions and I have also worked with student groups to promote as many short term solutions to the present very serious situation regarding student accommodation.

In the last number of years the price of student accommodation has risen dramatically, forcing many students to look further afield for accommodation and commute to their colleges instead. UL is an example of this, where some students are forced to live at the other side of the city in areas such as Raheen and Dooradoyle and commute daily for an hour each way, if using public transport. Do you support the introduction of rent controls so that if accommodation costs are to increase annually, students will not be subjected to dramatic increases which make finding affordable accommodation difficult?

As Minister for Housing I kick started the debate on rent certainty. The Labour Party has introduced a two year rent freeze to tackle escalating rents. In the medium to long term I do see merit in linking rents to an independent metric such as the consumer price index.  However, the main challenge in this as with every other sector of housing is to increase supply as quickly as possible.

Do you support the use of so-called zero-hour contracts? These contracts affect students’ employability prospects as students cannot be on-call, as is required by that form of contract, during the academic year due to education commitments. Would you support a ban or a form of restriction on the use of zero-hour contracts, and if so, how would you envisage them either being replaced or restricted?

No. The Labour Party has taken a range of measures to improve the rights and conditions of low paid workers. We have increased the minimum wage twice since in Government. We also commissioned UL to present a report on zero or low hour contracts. We will now act on that report to ensure that workers, particularly those in sectors with a high prevalence of low pay rates, have greater security and certainty in employment.

Would you support the return of postgraduate student grants? If so, in what form?

We have announced a plan for a €60m fund to support postgraduate students.

There has been speculation recently about a student loan scheme. Would this be something you would support as current Minister for Education?

Currently we are awaiting the report of an expert group on future funding of the higher education sector, which is chaired by Peter Cassells. That group will put forward future funding options. When that report is presented it needs a national debate. In the meantime the Labour Party will reduce the student contribution charge.

Finally, it has become clear from various student union votes around different colleges in Ireland that repeal of the 8th Amendment to the Irish Constitution is an important student issue. The Union of Students in Ireland (USI) has also taken a stance on the issue, and despite the University of Limerick students not being members of USI, it might be reasonably presumed this issue would be as important to students in UL. Do you support holding a referendum on the 8th Amendment and/or full repeal of the 8th Amendment, instead to be replaced by legislation from the Oireachtas?

I, along with my colleagues in the Labour Party support the repeal of the 8th Amendment.  Labour Women has also produced draft heads of a Bill that would regulate abortion in Ireland in the event that the 8th amendment was repealed.