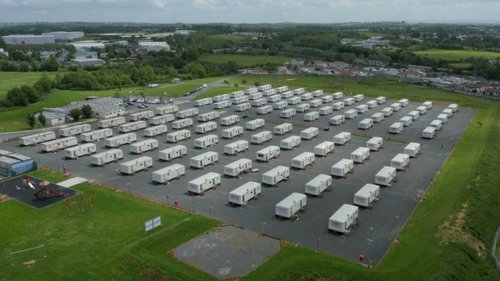 Asylum seekers are an almost unheard part of Irish society.

The textbook of an asylum seeker is  “An individual who is seeking international protection and is waiting to be recognised as a refugee.”

As they wait for their applications to be processed, asylum seekers are housed in shared accommodations known as Direct Provision Centres (DPCs).

DPCs were created in 2000 and were only intended to house asylum seekers on a short-term basis.

As per the Department of Justice and Equality Website ”

“Direct provision commenced on 10 April, 2000 from which time asylum seekers have received full board accommodation and currently, personal allowances of €21.60 per adult and €21.60  per child per week.”

However, asylum seekers are forced to spend an average of three years in these centres.

These include 31 accommodation centres, across 17 counties, two self-catering centres and one reception centre in Finglas, County Dublin.

Residents are given an allowance of €21.60 a week, and up until February 2018 had no right to work in Ireland.

They are not allowed to drive and are forced to abide by a curfew. Many are forced to share rooms, sometimes with strangers. They are alienated from normal society and live in constant uncertainty.

“I had a political issue. I had a life in Zimbabwe, and now I don’t have a life. So I was like forced to flee because the situation was not good for me. I was attacked, and so many things happened…This is torture you know. If you are here you are sitting there waiting, and you don’t even know when it (refugee status) is going to come,” said asylum seeker Tairos Dube.

Tairos is but one of many individuals who have been waiting years to obtain refugee status. He left his wife, daughter (10) and son (5) in Zimbabwe and has not seen them in the two years he has been in Ireland.

Tairos said: “I left two kids… I don’t know what is going. I can’t bring my children to this situation. It’s not safe to live kids in Direct Provision.”
As awareness grows, many Irish universities such as the University of Limerick (UL) and Trinity College Dublin have started campaigning against DPCs.

They have mainly targeted a private firm by the name of Aramark Ireland Holdings Ltd. which, alongside running other businesses, is involved in the running of DPCs.

Aramark also owns numerous on-campus restaurants in UL. Part of the campaigning undertaken by UL Student Life is to boycott on-campus Aramark restaurants in protest to the inadequate living conditions in DPCs.

It wasn’t until last year that asylum seekers in Ireland were granted the right to work. Even now they face obstacles such as obtaining work permits.

Only asylum seekers who have not received their first instance recommendations after eight months or more are eligible to apply for a Labour Market Access work permit.

Water is also an issue in some DPCs. The Montague Hotel in Emo, County Laois only provides its residents with 0.5 litres of clean water per day in their canteen.
While there is a water fountain also available, a resident reported that the water from it is not adequately purified.
According to the European Federation of Bottled Waters the daily water intake for an adult female should be 2 litres, and for an adult male, it should be 2.5 litres. 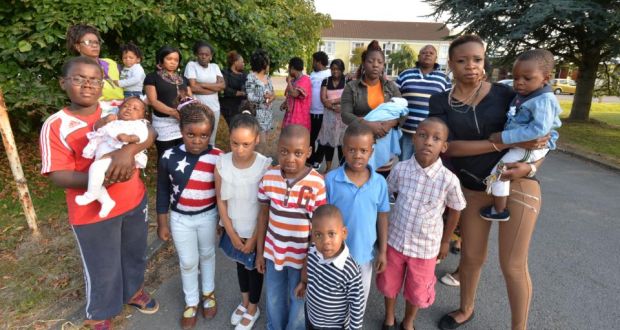 Asylum seekers are also robbed of the right to cook for themselves. They are fed food which is deemed acceptable by the authorities but is not consistent with their own staple foods.

Asylum seekers originate from various nationalities, and their foods are a pleasant reminder of home. Denying them this simple pleasure when they have already experienced so much hardship seems particularly cruel.

With regards to clothing, asylum seekers have to apply for a maximum of 100 euros every six months. Aside from their meager weekly payments, this all they receive to buy clothes.

Some people are deported even after spending years in Ireland. An asylum seeker from Malawi was recently deported after waiting three years. Those are three wasted years of his life.