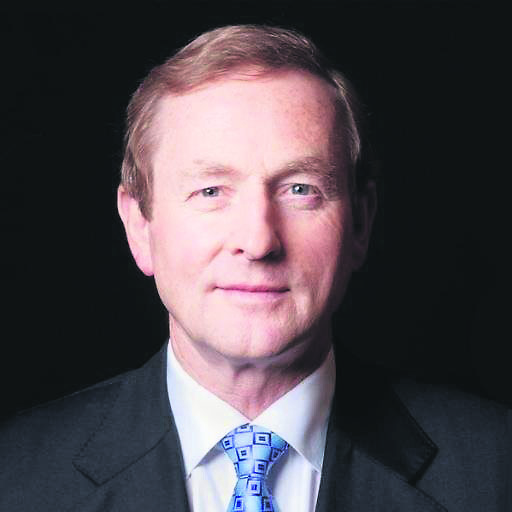 “Enda Kenny, what’s it to be? Micheál Martin?”

“So you’re not going to do business with Micheál Martin, under any circumstances?”

This is the conversation which took place between Claire Byrne and Enda Kenny three weeks ago in UL’s Concert Hall. Kenny was firm, clear and concise. He would not be working with Micheál Martin in a fledgling coalition, the likes of which has never been seen since the foundation of the State. He would work with Labour, end of story.

Now, as we are left reeling from the General Election with its surprise winners and its unpredicted losers, Enda sings a different tune. Labour is now no longer a viable partner and its TDs are banished to the benches of Opposition to serve out their penance, as Fianna Fáil had done for the past five years.

The Grand Coalition, as envisaged by numerous public opinion polls, the media and the general public is now a real possibility, with Kenny declaring, before Saturday’s count night was at its end, that he would have to do what was best for the country and form a stable government – a clear hint at what everyone already knew.

Civil war politics is at its end, or nearly, depending on what happens between the time of printing and the time this article becomes available to be read. Does this mean however that Enda lied? No. Politics is one of the rarest of fields of public service where lies simply do not exist.

Dáil privilege allows anything, truthful or otherwise, to be declared loudly by any of the now 158 TDs (157 if you exclude the Ceann Comhairle) and nothing much, aside from a figurative slap on the wrist, can realistically be done about it.

TDs in elections tell the public “we wont increase third level fees”, “we wont introduce water charges”, “we’ll never go into government with X,Y or Z (especially Z, he’s a real rotten apple)”. The helping of salt recommended when consuming political promises, especially during election season, leans more towards the 5kg bag than the pinch usually applied to questionable claims in any other circumstance.

But, again, these are not lies. They are hopes, ambitions, goals, all open to the golden c word. Yes, compromise. All parties, left to right and every shade of red, blue, purple or green in between, are open to compromise. No compromise, no coalition. No coalition, no government. No government, well, anarchy, upheaval, the destruction of the State itself…apparently.

Election promises are aspirations and nothing more. They are, like is so often said of rules, made to be broken. Even the great icon of the working class, Pat Rabbitte once said of making election promises: “Isn’t that what you tend to do during an election?” He was right though, that’s exactly what election season means. You’re obliged to make wild promises like reducing tax, fixing the health service, ending the scandal of patients left on hospital trolleys. That’s politics.

The question now that the election is over is, will this Grand Coalition now be formed (solely in the interests of the ordinary people of this country of course) and if such a revolutionary (the loosest sense of the word) move is to take place, how long will it last? Can Fianna Fáil and Fine Gael stay together once they birth this Grand Coalition? Shaking up the political system or just putting to bed century-old minor rivalries?

We’re all watching. Your move Menda.