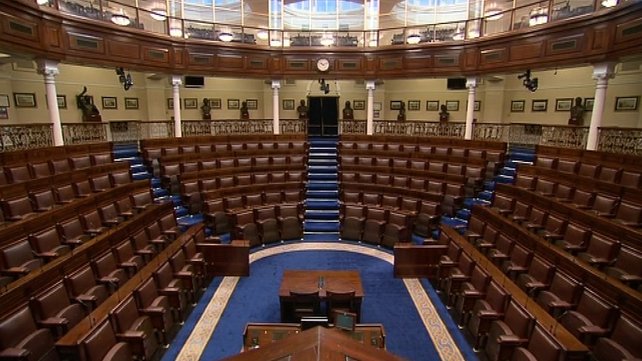 With the general election in Ireland rapidly approaching, it is worth asking whether or not young people are adequately involved in Irish politics, and the effect the involvement (or lack thereof) of young people has on the politics of the country.

A statistical analysis of the last general election shows that the average age for a candidate elected to the Dáil was 48, which begs the question whether a political system with such a low amount of young elected officials can truly cater for young people and provoke enough interest among the youth to get them involved in politics.

While the number of young people voting has seen a significant rise and perhaps peaked in last May’s marriage equality referendum, young voters still cast less votes than the other age groups in the 2011 election according to findings published by the Central Statistics Office (CSO).

The CSO reported that 62% of respondents between the ages of 18 and 24 said they had voted. This is likely the effect of young people feeling disenfranchised by a system in which they lack much representation, and regrettably reduces the ability of young people to influence government policy that will affect us in the future.

To find a good example of young people taking initiative in politics, one should look to the north. The elections for the Northern Irish Assembly are also taking place this year, where 22-year-old Belfast woman, Ellen Murray recently announced her candidacy. The Green Party candidate is not only the first transgender person to stand for election on the island of Ireland but could become one of the youngest sitting members of the Assembly.

In her campaigns, Murray has already sought to appeal to the youth of the Belfast West constituency, drawing on her experience of working with marginalised young people as a youth worker in the area. She believes that there is “a clear underrepresentation of many groups within the Assembly, including women, young people and the LGBTQ community” and hopes to give a voice to these groups if elected.

Closer to home, there are three candidates standing in Limerick City who are under the age of 35 – namely the Green Party’s James Gaffney, Social Democrats candidate Sarah Jane Hennelly and Cian Prendiville, standing on behalf of the Anti-Austerity Alliance–People Before Profit (AAA-PBP). The latter is perhaps the candidate who has placed the most emphasis on young people in his rhetoric.

Caherdavin native Cian Prendiville, an alumnus of the University of Limerick, describes his party on his website as a “new movement for young people and the working class”. During debates, Prendiville has notably brought attention to the socioeconomic phenomenon which suggests that our generation is likely to be the first to be worse off than our parents, experiencing high levels of unemployment, emigration and poor mental wellbeing. He has also used his campaign to bring attention to issues of importance to students, such as the quality and cost of education.

You simply cannot underestimate the significance of these young candidates in Irish politics. These candidates are more likely to be in touch with students and young people and to bring attention to the issues that matter to us the most. This is not to say that older political representatives are incapable of working for the benefit of young people, but the healthiest political systems have people from all age groups involved. Those elected at the next election are going to be responsible for government policy going forward, most likely for the next five years, and the voices of young people matter more than ever right now.