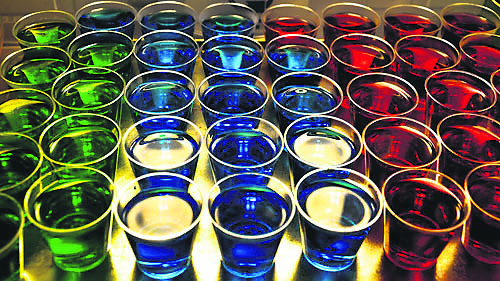 They’re a cutter. They’re a burner. We are all very familiar with phrases like these. These are all common and well-known forms of self-harm.

It’s almost UL’s Mental Health Week again and An Focal looks at a wide variety of issues from anxiety to panic attacks to eating disorders. What I want to talk about, for however briefly this editorial lasts for, is self-harm.

When we hear the term ‘self-harm’ many people immediately conjure up some teenager with a razor blade, cutting their arms. However the uncomfortable truth about self-harm is that it can be almost anything.

A number of years ago when I brought up the issue with a family member, they quite rightly brought up drinking culture. This person is a recovering alcoholic for many years now and explained to me that just like burning oneself or taking a razor blade to the skin, alcohol consumption can often be a form of self-harm.

How many of you regularly get so drunk that you can’t remember the night before or you get ill quite often after a drinking binge? Well, that is self-harm. You are voluntarily harming yourself in order to have a good time.

You don’t have to be an alcoholic to qualify as a self-harmer. Any continuous abuse of alcohol is self-harm.

There’s no point in avoiding the fact that our society is hugely hypocritical in this area. On the one hand if you cut or burn yourself regularly, you’re viewed as disturbed and in need of immediate psychological help. That’s not at all to say you shouldn’t always seek help in those circumstances. On the other hand though if you regularly can’t remember your Thursday nights because you drank too much, people just laugh and accept it as normal.

People self-harm for many reasons but they remain broadly applicable, from cutting to excessive alcohol consumption. Some people cut, burn or drink to release stress and pressure, to blow off steam.

Other people do these things to drown their sorrows or help them cope with day-to-day living. And whether it’s cutting, burning, or alcohol abuse it wont fix the problem. Cutting and burning cause more distress, especially with the pressure to cover it up. Alcohol is a depressant and it magnifies problems. This, we all know, has caused many tragic deaths in recent years.

The difference between burning or cutting and excessive alcohol consumption, aside from the latter being socially acceptable and celebrated, is that burning and cutting are more difficult to hide, therefore they must be dealt with. Alcohol abuse is far easier to hide.

I say recovering self-harmers because just like a recovering alcoholic, if we start to self-harm again, it becomes very difficult to stop.

I don’t view myself as that unusual though. Every weekend and most weeknights I see people stumbling around drunk, unable to even stand up with help. The following mornings I hear these same people talk about how they can’t remember the night before. Self-harm, it seems, is far more widespread than our society, and us as individuals, care to admit.

The key that binds us all together though is the help we all need. Whether you’re cutting yourself, burning yourself, eating unhealthy food excessively or binge drinking regularly, you need to seek out help. Try counselling as a first step. Don’t let it fester, don’t let it go each time.

Stop trying to cover it up and ignore the problem. Stop laughing it off as a good night out. Self-harm is self-harm. There is help there for you, you just need to ask for it.