An Focal’s James Roulston Mooney rounds up the first weekend of the new Formula One season. 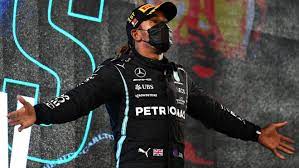 Formula 1 returned last weekend as it kicked off the 2021 season at the Bahrain international circuit for the Bahrain Grand Prix.

The race was action-packed and had a tense finish with Lewis Hamilton winning his first opening race since 2016, edging out Max Verstappen and his Red Bull.

Several drivers and teams were looking to make a statement to begin the year – some did, others did not.

Max Verstappen came close to dominating the weekend but could not close it out with a race win after being on top of the practice leaderboards and taking pole position.

It shows promise for the year ahead after the nail-biting finish in Bahrain showcased Red Bull’s improvements in the months off and also Verstappen’s speed.

Hamilton’s driving was a reminder of the opposition the 23-year-old has been unable to conquer as the defending driver’s champion fought hard to maintain his winning position on older tyres against what was the faster car and driver for the majority of the weekend.

Their battle over the course of the climactic laps sets up an exciting season for the fans who have grown tired of Mercedes’ dominance.

Yuki Tsunoda was another Red Bull-related driver who impressed on the weekend.

Practice 2 hinted at a good debut weekend for the Japanese newcomer and his qualifying performance, although out of the top 10, was no nightmare scenario.

His overtaking was on show all day as he managed to finish in the points in his debut F1 race with some flawless braking helping to pull the moves off.

McLaren looked to build on their third-placed finish last season and strengthened their claim for the bronze medal at the weekend.

Lando Norris and Daniel Ricciardo crossed the line in fourth and seventh respectively to give the team a six-point lead over Ferrari in third after Bahrain.

Lando looked pacey from the start and commanded P4 for much of the race.

Ricciardo had a solid weekend given the fact that he was in new machinery with a P6 finish in qualifying and P7 on Sunday and he will get better results in time.

The future looks strong for the British team.

Kimi Raikkonen had a good weekend for Alfa Romeo, finishing P11 and beating his teammate Antonio Giovinazzi on race day after conceding the first qualifying session of the year to the Italian.

Alpine and Aston Martin both had uninspiring weekends after good performances were highly anticipated by the masses.

Both constructors looked off-pace throughout the weekend with the pair seeing one driver each in the bottom five on Saturday and their other drivers rounding out the top 10, behind five other constructors’ cars.

Fernando Alonso started from P9 on Sunday for Alpine but failed to finish the race after a sandwich wrapper ruined his return while Esteban Ocon failed to get past the Alfa Romeo’s.

In the Aston Martin camp, Lance Stroll held on to his qualifying P10 in the race but Sebastian Vettel had an awful opening weekend in green with George Russell finishing ahead of the four-time World Champion.

A five-place grid penalty on Saturday summed up the German’s debut Grand Prix for Aston Martin.

More will be expected of both teams in the rounds to come with more attention on Vettel than any of the other drivers.

Haas had an awful weekend too as they debuted an all-new driver lineup in F1.

Nikita Mazepin failed to make any impact, crashing out in the first lap after being almost a second behind his own teammate at the back of the grid in qualifying.

Mick Schumacher was unable to get the car off the bottom of the grid and finished P16, being the last one to cross the line.

Mercedes ended their weekend on a high after Hamilton’s win and Finland’s Valtteri Bottas converting his P3 qualifying result into a race result while picking up an extra point for recording the fastest lap.

However, their weekend is not represented by the result as both drivers looked second-best to Max Verstappen in the Red Bull and some mediocre pit stop strategies almost cemented that as fact, foiled only by Hamilton’s previously mentioned defensive driving.

The three-week break will give the team plenty to ponder on as they look to maintain their dominance for the eighth year running.

Ferrari started out the 2021 season with a better display than most of last year.

Carlos Sainz crossed the line in P8 on his first weekend with the Scuderia and the promising Charles LeClerc ended the weekend with a P6 finish after qualifying in the second row.

Fourth in the constructor’s standings after round one, the team will be happy with their showing in the middle-east but the race pace suggests they are still a long way off being where they want to be.

Alpha Tauri’s Pierre Gasly had a tough Sunday following his sensational qualifying performance which saw him start fifth on the grid.

A collision with McLaren’s Ricciardo saw Gasly enter the pits for a front-wing change and ended his race as the Frenchman failed to recover and retired after 52 laps, finishing in P17.

Sergio Perez was hot and cold throughout the weekend in his first round as a Red Bull driver with fluctuating results throughout practices and qualifying.

An issue on the formation lap almost spelt disaster for the Mexican F1 driver but he was able to start from the pit lane.

Perez climbed from the bottom of the board up to P5 but crossed the line a minute shy of teammate Verstappen.

A product of the unfortunate start no doubt but the new driver on the block will need to show that he is capable of battling it out with the Mercedes cars and his own teammate if he wants to survive at Red Bull.

The Bahrain GP served as a delicious starter for the F1 season and has raised excitement levels for its successors in the calendar.

With 22 races still to come, there’s a lot of time for teams to improve their fortunes.

F1 returns in three weeks for the Emilia Romagna Grand Prix at the Autodromo Enzo e Dino Ferrari on the weekend starting April 16.