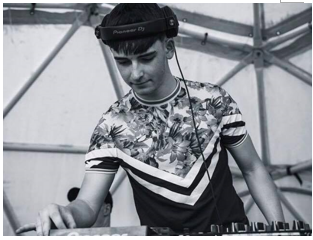 DJ by night and Politics student by day.

When people think of DJ’s, they rarely follow that thought with Politics, and certainly not Politicians; except for maybe in the case of Carrick-on-Suir DJ and budding politician, Cian Butler-Quinlan.

Well-known by his DJ handle, ‘Cian Cue,’ the 20-year-old University of Limerick student is currently studying a degree in Politics and Irish and hopes to one-day represent his native area of Carrick-on-Suir as a local councillor.

“I’d take great passion in being able to represent someone’s views – particularly on a local level. Carrick-on-Suir has been run down for so many years since the recession, and there are so many bad stories about it.

“I’d love to be able to represent all the people I’ve grown up with, the people who raised us and those to come after us; at a level where everybody’s voices are heard and their views are seen too.” he explains.

Having attended primary school in Gaelscoil Carrick-ná-Suiré and Secondary school in the CBS school in Carrick-on-Suir, although not always having seen himself going to college, Cian, started in UL in 2017.

He has been part of small-scale politics through-out his life – being Chairperson of the Student’s Consecutive Council in his Secondary School to undetaking his second-year work placement in Kerry County Council.

“Politics is all about the people. They give you your job – you go canvassing, go door-to-door, meet/listen to them; if they then have the motivation to go out and vote for you on polling day, that means so much because they’ve trusted you to do what you’ve promised.

I think that’s something a lot of politicians forget – who they’re representing. Once you’re elected you have to remember who elected you and where you came from – you can’t leave your people behind, you always have to think of them/put them first, no matter what.”

But while not hitting the books, Quinlan is hitting the decks one of Limerick’s most promising new talents.

Quinlan started DJing just one summer before attending college in 2016, recalling that it was a recommendation from “the lads.”

He started doing 18th/21st birthdays and local gigs in pubs, slowly getting weekly spots in clubs around Carrick.

He joined the ULDJ society when he started college – saying it was a massive benefit to him.

Since then, Quinlan has played in the Stables in UL at countless events, in Habitat nightclub, and even MASS festival in Clonmel in 2018.

Cian’s two passions in life; music and politics are no doubt contrasting, yet when questioned on whether he was concerned his life now as a DJ would affect his future career in politics, Cian had no worries:

“I don’t think it would affect my career in politics; for people who don’t know me there might be a lot Stigma around me being “the DJ” and “the Politician” but by being a politician, I want to break down that overall stigma.”

2I think there is a lot of preconceptions surrounding DJs and their lifestyle – whether it’s drinking the whole time/taking drugs, even if its’ just when they’re onstage showing off, the stigma is there – the DJs who fit that stereotype are the ones who aren’t in it for the music but more for the money and the reputation – I suppose like everything in life there are loads of stereotypes there which don’t exist among the majority of us.”

When trying to explain how much music meant to him, on a rare occasion, Quinlan as at a loss for words.

“When I start on the decks, I don’t know it’s like I leave reality; like I’m physically there, but my mind is elsewhere, like I’m immersed in the music – just not there.”

To try and encapsulate what it meant to him in a phrase proved difficult, but he did, however, express that despite his love for politics, it was the one pathway he would pursue above anything.

“If DJing kept going the way it was going I would put the political career on hold – see music isn’t like work for me it’s just pure passion and love.”

When discussing how he sees his career panning out, Quinlan was forthright in his reply.

“It’s better to be at the bottom of a ladder you want to climb than halfway up a ladder that you don’t want to climb – that’s the way I look at music – I always put it first.”

However, for now, Quinlan is as ambitious as ever to keep both passions alive as he hopes to run for the role of President in the UL Student Life Elections for the 2019/2020 academic year, with hopes his networking from DJing will help him in the race.

“If there’s one thing I could say to people it would be: get to know the person instead of trying to get to know “the DJ” – because they’re two completely different things and people don’t really understand that.”

Look at me like the lad you’re at the party’s with, the lad who has the same interests as you, goes out like you, has friends just like you.”

How To Tackle Plastic Pollution On Campus