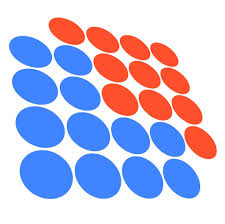 Journalism and New Media celebrated its 10th anniversary today with an event in the GEMS Building.

Keynote speaker Fergal Keane, BBC Africa editor, had his keynote address delivered over phone as he was due to travel to Sudan at short notice to report on the coup that is taking place in the country.

“That’s the nature of the business” he wryly stated, apologising to those present about his absence.

“When you’re a journalist, often times the plan for the day you have at 9 o clock has gone out the window by five past 9.”

Following that, a debate on populism and “fake news” was had, chaired by Mary Dundon, head of Journalism at the University of Limerick.

Hennessy, in particular, gave a candid view about the state of journalism today, stating that “at a time when the industry is shrinking, it is harder than it ever has been to be a journalist.”

He said that small, local papers are the “real heroes” and that they “need to survive.”

Hennessy said that it is crucial for journalists to allow sources to tell their story in full before jumping in.

“The best quote I’ve ever gotten from someone is because I kept my mouth shut for 30 more seconds and let them speak.”

Mariam O’Callaghan gave her view about the topic with verisimilitude, saying that she is “privileged to be a journalist,” but at the same time there is a “huge responsibility” for the media to report the news correctly, stating “opinion is less important than fact.”

“You need to get the absolute basics right” she stressed.

This was backed up by Hennessy who said: “facts are king.”

This sentiment was echoed by Limerick Leader Eugene Phelan who was present in the audience, saying that in modern news there’s “too much opinion and not enough news.”

Kevin Doyle – fresh from another late night of trying to keep up with Brexit – said that the term “fake news” is misappropriated by the culture, and has been hijacked somewhat by the media outlets that wish to set their agenda.

When asked about what his life as a reporter will be like if the Brexit debacle ever ends and the Trump administration is out of office, he remarked: “there’s always something else.”

Doyle recalled an anecdote of when he was starting out as a journalist in 2008, saying that because he knew a murder victim had a Bebo page, he could show the “seasoned crime writers of 40 years” this new thing called social media.

He reflected on how astonished these older journalists were at this development in crime reporting, but now in any story, taking photos off people’s social media is a foregone conclusion.

Hennessy said that modern journalists aren’t adequately equipped to deal with sensitive stories like accidents or tragedies, and asserted that “the story you write about an accident is the story the family members will pull out of a shoebox in 40 years”.

Professor Maura Adshead, also gave her two cents on the state of journalism, and particularly how the rise of populism has tied in with the increase in media distrust.

She posited that holding the media and higher power to account was the cornerstone of contemporary populism, and what we’ve seen with the likes of Bolsonaro election in Brazil and Brexit as examples of how the voters “anger was correct, but the blame was wrong.”

Adshead “concluded the debate by saying “We’ve never had more information at our fingertips, but we’ve never been more confused.”