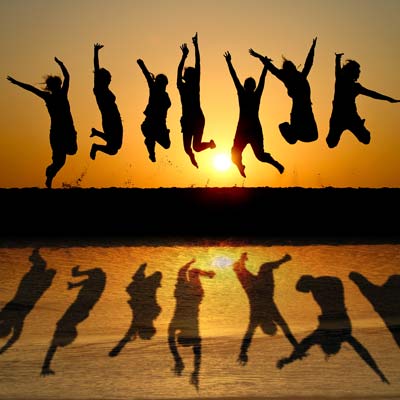 So using a piece of analytical software (I know exciting right?) I uncovered a somewhat touching recurring motif inside of the survey.

In question 50 of the C&S survey we asked: “What does C&S mean to you?” and a staggering number of students replied with extremely positive stories.

And while each of these are touching in their own individual way, what I found was striking was how frequently one word was used by everyone.

It sounds cheesy but that word was ‘friends’. It appeared 176 times in the 618 replies and was the 17th most used word, following words such as ‘to’ and ‘the’.

17th place sounds pretty poor but out of the 1938 words used during these 618 entries it’s actually quite an achievement, especially going up against heavy weights such as ‘to’ which scored 688 uses.

Clubs and Societies Coordinator, Michelle Whyte has seen this for herself. “I’ve seen first-hand that UL C&S has been instrumental in many students settling in well into the campus and making friends for college and for life,” she says.

It’s a nice thought that when asked what clubs and societies mean to you that such a large portion of people skip over new skills, fitness, C.V. builders and fun and go right to the word ‘friends’.

It’s completely understandable though. Look at all of the photos on the Clubs and Societies Facebook pages – groups of people working together on some mutual interest whether that be gaming or kayaking, going on far away trips and competing alongside each other as one university.

The president of the Comedy Society, Amy Lee says it helped her too. “It was really nice to find people with similar interests who weren’t just first years and go to different events around campus that weren’t freshers-focused.”

To me it’s not one bit surprising that these several week long trips to far away lands such as the Alps, France, Tokyo and many other places have helped such strong friendships prosper and grow.

Friends are an important part of everyone’s life and when new students come to UL, either from abroad or fresh out of 6th year, it can be hard to make friends.

So why not join a club and society and make some new friends with similar interests.

When the teammates matter more