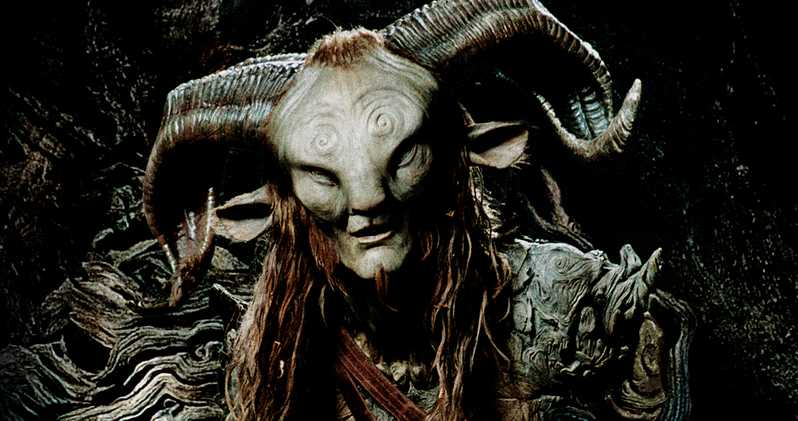 The Shape Of Water winning Best Picture at the 2018 Oscars was an unexpected delight.

It warmed the hearts of movie buffs everywhere seeing Guillmero Del Toro on stage at the Dolby Theatre, two Oscars in hand.

A mute janitor falling in love with a fish monster in a government research lab was deemed to be Best Picture worthy by the Academy, and is endearingly brilliant.

However the narrative around that win is that this was the Academy acquiescing and the Best Picture win was a retroactive one for Pan’s Labyrinth, his 2006 masterpiece that plays the UCH tomorrow night.

Pan’s Labyrinth is an absolute miracle of a film, and much like Shape Of Water, it shouldn’t work.

A girl in post civil war Spain deals with her sick mother and a new stepfather, while also becoming entwined with a mystical environment complete with all matters of ghoulish and ghastly creatures.

Guillermo Del Toro would be the first to admit that this is very much a “fairy tale.”

Pan’s Labyrinth is available as a comparative text for English for the Leaving Certificate for good reason.

It’s at once a crowd-pleasing popcorn flick, a high-art allegory about the horrors of war and trauma, a fairy tale for the Iraq War generation, and a great film just to soak in the atmosphere and visuals of without paying attention to the story.

All great movies operate on more than one level, and Pan’s Labyrinth is operating on so many levels that more than one viewing is required to fully unlock Del Toro’s opus.

But before the opus came the struggle.

Cronos, got him the attention of the Weinstein’s in 1997 and directed Mimic, but said working on that film and the executive interference on that movie was so bad it drove him away from American film making for years.

Del Toro, defeated, swore off studio films for a while, and worked with Spanish producer Agustín Almodóvar (younger brother of Oscar-winning auteur Pedro) for an international co-production with his native Mexico.

2001’s The Devils Backbone is somewhat of a spiritual prequel to Pan’s Labyrinth, and indeed a lot of thematic and narrative similarities can be found in the two works (Spanish Civil War is a backdrop, fantastical elements, fascism is a threat) and was enough of a success to get Guillmero back to Hollywood.

2002’s Blade 2 and 2004’s Hellboy were studio superhero movies with his influence all over them.

In an era of Marvel movies having no distinct personality, watching Del Toro’s early superhero films is like watching a film from a different planet.

After the success of the two films, Del Toro had enough of a reputation to be given 20 million and the backing of Warner Brothers to make his opus in Spain.

The real star of Pan’s Labyrinth is cinematographer Guillermo Navarro, who took home an Oscar for his work on the film.

The colour scheme in this film is a wonderful, ethereal quality to it.

Del Toro has often spoken in interviews of monsters visiting him in the night, and Navarro is maybe the only director of photography working today to fully realise his compatriots fevered imagination.

The film plays out like a dream that you can’t quite get a handle on.

The otherwordliness of Pan’s Labyrinth cinematography is the final piece of spice needed to bring Del Toro’s signature dish to life.

Frequent Del Toro cast member Doug Jones also gets a chance to shine, turning in a wonderful performance as the iconic Pale Man.

Sometimes with a piece of collaborative art, like Metallica’s Master Of Puppets, or the final season of Breaking Bad, everyone involved in the creative process are seemingly communicating telepathically and produce a piece of art that will stand for generations to come.

Pan’s Labyrinth was nominated for 6 Oscars (shockingly not nominated for Best Picture or Best Director, apparently The Queen was better that year) but took home the aforementioned Cinematography gong, along with Art Direction and Make-Up.

It lost the Foreign Language award to another icon of World Cinema, Germany’s The Lives Of Others, lost Original Screenplay to Little Miss Sunshine, and lost Best Original Score to Babel, the other big Mexican-directed film of 2006.

But no amount of awards wins and losses or box office success should ever take away from a movie.

Pan’s Labyrinth transcends the art form of film itself.

If you’ve never seen Pan’s Labyrinth, see it at the UCH.

If you’ve seen Pan’s Labyrinth 20 times, see it at the UCH.

If you’ve never seen a film in your life, see it at the UCH.

It’s a truly remarkable film that will be remembered long after this earth stops spinning.