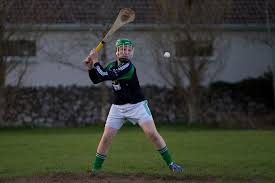 As we start back into the second semester, UL GAA is in the middle of a busy schedule with teams involved in Fitzgibbon Cup, Sigerson Cup, Ashbourne Cup, O’Connor Cup and many more competitions.

UL’s senior hurling team started their Fitzgibbon Cup campaign on Sunday, January 21 with a nine-point victory over DIT, winning on a scoreline of 3-29 to 4-17. UL will complete their second and final group game away to WIT on Thursday, February 1. The team knows that a win will seal a home quarter-final spot as they seek to win a first Fitzgibbon Cup since 2015.

The semi-finals of this competitions take place on Tuesday, February 13 with the final taking place in Mallow on Saturday, February 24.

The UL senior footballers open their Sigerson Cup campaign with a home game against Carlow IT on Tuesday, January 30. There are no group stages in this competition so defeat spells elimination from the competition.

If UL can overcome the challenge of CIT, then a quarter-final against reigning champions St Mary’s University College or Ulster University Jordanstown awaits. The semi-finals take place on Tuesday, February 13 with the final being played in Santry Avenue on Saturday, February 17.

The UL camogie team seek to claim a three in a row of Ashbourne Cups and the fourth title in five years.  In this competition, there are two groups with four teams in each group. UL is in Group 1 with DCU, CIT, and UCD.

UL defeated DCU before Christmas on a scoreline of 1-17 to 0-4 before beating traveling up to Dublin to defeat UCD on a scoreline of 4-13 to 0-9. UL play their final fixture against CIT at home as they seek to cement top spot in the group. The Ashbourne weekend takes place on Saturday 10 and Sunday 11 February.

Who will sit on the Iron Throne of the Students Union