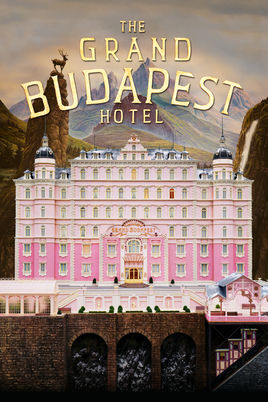 Ah, Wes Anderson, what a quirky little gem you are.

Discovered by James L. Brooks, you’ve blossomed into the only true auteur within the studio system, ever since Tim Burton abandoned us to make bad Johnny Depp vehicles.

From The Royal Tenenbaums to The Life Aquatic, and even your foray into animated films with Fantastic Mr. Fox and Isle of Dogs, your eccentric style captures the viewer with its creative characters and dialogue that bounds between heart-wrenching and odd, like a rabbit on crack.

But whenever I think of your films, one always springs out as my favourite – 2014’s The Grand Budapest Hotel.

The comedy-drama, starring Ralph Fiennes in a rare absolute hero role, is considered to be Anderson’s “breakthrough” to the mainstream, and it is easy to see why.

The film took home 4 Oscars at the 2015 Academy Awards, including nods for Best Picture, Director and Original Screenplay, Anderson’s first two nominations in the former categories, and made 175 million worldwide at the box office.

The “Anderson-isms” are less noticeable and the story is (marginally) less abstract than in some of his previous work.

In a fictional country in the 1930s (with about three framing devices to link it to modern day), there is a hotel.

The clientele are rich, the service is exquisite, and the concierge, M. Gustave (Fiennes) keeps all operations ticking over.

But with the arrival of a new lobby boy, Zero (Tony Revolori, Flash Thompson in the MCU), and the mysterious death of a particular client (Tilda Swinton, trying not to drown in makeup aging her up by about 40 years), turn the smooth operations of the hotel is turned on its head.

Much like how Royal Tenanbaums is obstinately a family dramedy surrounding a wedding but devolves into something much more complex then that, Grand Budapest Hotel follows suit.

What follows is essentially a caper, with art, a war, secrets, assassination and true love.

All the usual “Anderson-isms” are there – flat angles, Owen Wilson, visually gorgeous locations, Bill Murray – but they are less direct than in other Anderson flicks.

The intricate design of the hotel, inside and out, are pleasing on the eye without being garish, and this applies to all the locations. The humour is also less abstract, with characters emoting more, rather than delivering lines in a stylistic deadpan.

Running gags about the overwhelming strength of M. Gustave’s cologne, the prettiness of a bakery’s cakes (which gets used for the plot, amazingly) and characters being mystified at Gustave’s sexuality add a campiness to the film, though repetition is used for drama as well.

A scene with Gustave and Zero on a train early in the film is repeated in a heart-breaking context later on, with a significantly less comedic tone.

The cast is surreal.

A sequence near the end seems to be added just to give Bill Murray his token cameo.

Adrien Brody plays the son of the dead, Willem Dafoe is his right-hand man, Saoirse Ronan is Zero’s girlfriend, and all of the above use their natural accents – apparently Zubrowska is inhabited by nothing but Brits, Americans, and the occasional Saoirse Ronan.

Overall, it is a romp of a film, and with its showing in the Milk Market Bar tomorrow, I hope people will go to see it just for the quirky, easy sampling it is.

This, along with Fantastic Mr. Fox, were my first dealings with Wes Anderson, and I have gone on to watch the majority of his other works, so maybe you’ll enjoy it as much.

And even if you’ve seen it many times, it’s still worth seeing with a crowd.

This, along with Fantastic Mr. Fox, were my first dealings with Wes Anderson, and I have gone on to watch the majority of his other works, so maybe you’ll enjoy it as much.