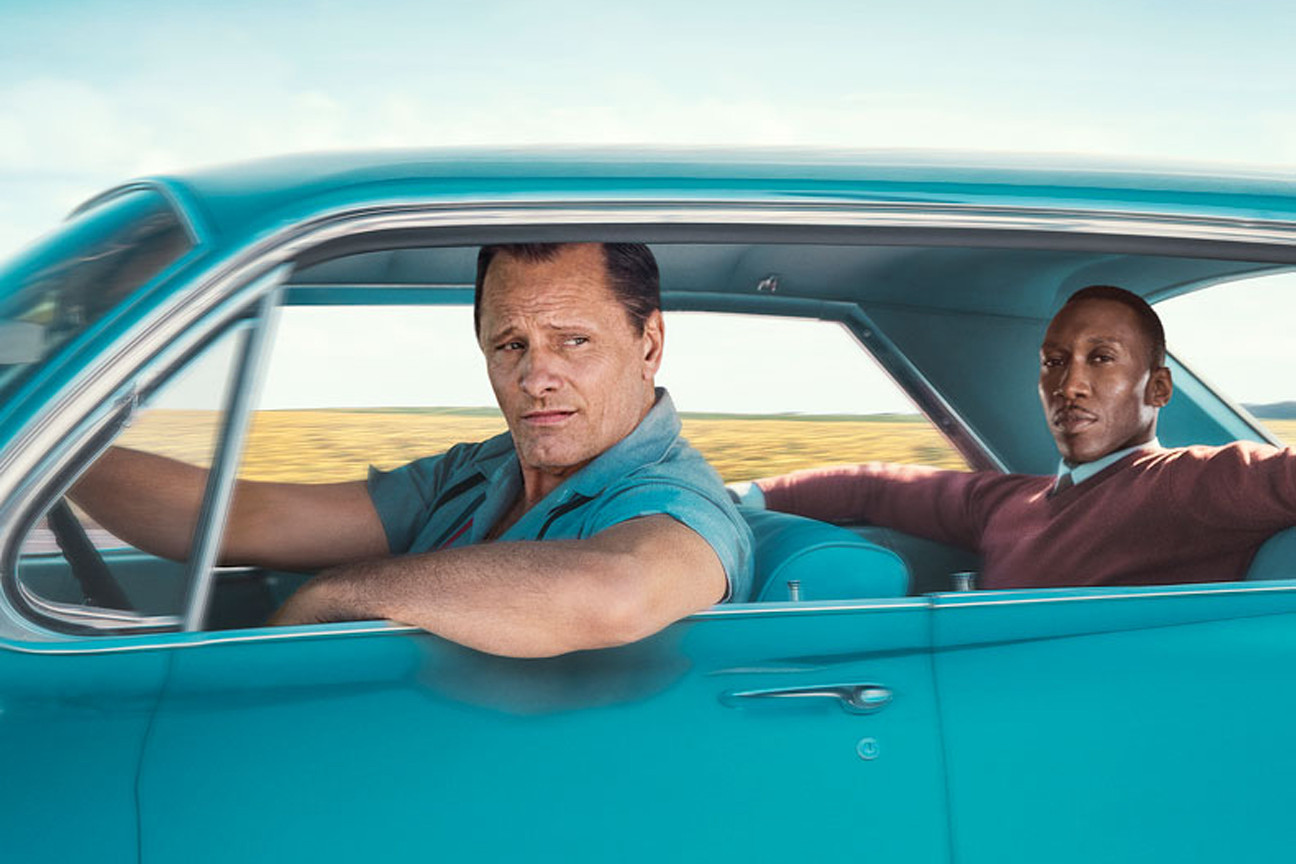 The film plays on the unlikely bi-racial friendship of the duo as they road-trip around the
southern states.

‘Green Book’ is a mix of daft humour and overdone stereotypical jokes while trying to tackle the
subject of race relations in the southern states of America in the 1960s.

Sound slightly off? Maybe because it is.

The execution of the film leaves a lot to be desired.

This should not come as a surprise as the film’s director Peter Farrelly is one-half of the
intolerable Farrelly brothers, the auteurs who cursed us with such cinematic delights as ‘Dumb
and Dumber’ and ‘Shallow Hal.’

Now that’s not to say the film is utterly unenjoyable; I did at times find myself moist eyed during
more serious scenes and begrudgingly giggling at some of the films many MANY racial
stereotype jokes.

Bizarrely enough, one of the subplots involves a running gag about fried chicken..

Yes, you read that right.

The characters themselves are one dimensional and predictable.

The character of Tony Lip is a walking talking caricature of a Bronx born Italian-American.

Rough around the edges with an insatiable appetite, think Joey from Friends meets Vinnie The
Dog from Family Guy and badabing-badaboom there you have it.

Tony is a simple man with ‘not good grammar’ whose talents include eating pizza like a taco and
altering his previously held racial biases after a series of predictable scenarios involving his
African-American boss and a host of good-guy bad-guy southern hicks.

On a scale of one to pepperoni pizza, how cheesy does this sound?

In contrast, Doctor Shirley is a wealthy, well-spoken piano prodigy who fronts a musical trio
which has earned him the respect of many of post-JFK America’s white well-to-do.

Shirley, who it also turns out to be gay (a fact which ostracises him during that era alone) does
not feel he fits in with the black community nor is he truly accepted by the white community.

His struggles in navigating through life as a ‘negro’ at a time where America was only on the
cusp of the civil rights movement did leave me with my heart in my mouth on more than one
occasion, which shows that Farrelly is at least technically proficient at his job behind the camera. Ali has swept every precursor award this awards season, and will probably win his second Oscar
for this film – which I will admit is not unqualified, and probably the only stand out positive in
the film.

Al’s character, while in many places did play the emotive underdog hero, at other times was
partner to the predictable Mickey Mouse-esque smart-guy dumb-guy back and forth that
predicates roughly every second scene.

The light-hearted humour did almost act as a statement of ‘look how far we have come,
America.’

In a way, I must commend the film in its approach to a sensitive subject even today as it
presented itself in a way hadn’t before seen, but one can’t help but feel that a director of colour
would have added some insight or nuance to proceedings.

Did the mix of sorrow and humour work on a whole?

Not really, which makes it’s dark horse status to win Best Picture at this year’s Oscars that much
more baffling.

The film also took home the coveted People’s Choice Award at the Toronto Film Festival last
September, which is often seen as a springboard to Oscar success.

What film did these people see?

Overall, Green Book didn’t exactly sit right with me, much like pizza that was eaten like a taco.

The premise of the film had the potential for brilliance if executed correctly, which sadly I can
report it was not.

If you are going to see this film in the hopes of witnessing a historical and moving epic tackling
Americas race relations in the 1960’s – you will be disappointed.

If you are going to see this film in the hopes of witnessing a light-hearted comedic treat you will
also sadly be disappointed.

If you’re looking for a film that takes a half-hearted stab at incorporating the two, then Peter
Farrelly’s ‘Green Book’ is most definitely the film for you.