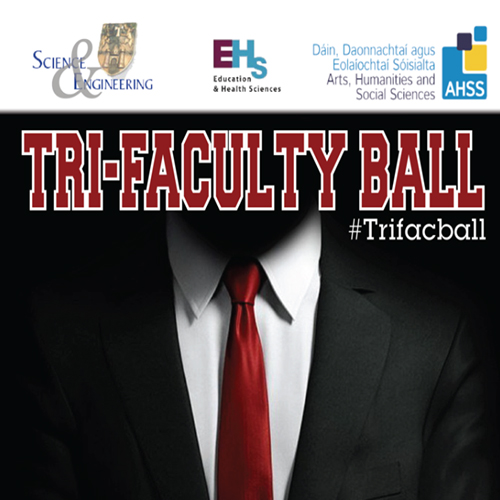 For a number of ongoing years now, balls being held in UL have faced many obstacles in organisation.

However, this year these formal events took a severe hit from a financial standpoint, with ticket sales continuing to decrease as fewer students show interest.

As a result, two separate balls are being merged together or even cancelled completely – with the changing of dates at late notice due to merging being another factor contributing to decreased student attendance.

Sean Sweeney, Former President of the Music Society, claimed that the society had to “cancel one ball and merge it with another, the Academy ball, due to low ticket sales; only about thirty-two tickets sold.”

In order for organisers of a ball to make a profit, a minimum of one-hundred tickets must be bought.

One of the organisers of the Tri-Faculty ball, Joe Kearney, stated “We have a situation where the Union has had to merge 3 Faculties to sell a ball and still can’t do so. The reasoning for this is there are too many Department Balls within the three Faculties that effect the Tri-Ball.”

As of currently, this year’s Tri-Faculty ball is looking to be less successful than last year’s; since they went on sale last Friday, 130 meal tickets have sold with afters tickets, a significant drop from the 300-320 that sold previously.

Joe also stated that a fundamental issue was the timing of the balls being a contributing factor to low ticket sales.

“While they don’t all directly affect each other this week there is 4 balls on. Wednesday, you have the Tri-Ball and Thursday the Nursing and Midwifery ball of which falls in the Tri-Faculty remit so it is always going to have some knock-on effect. I was originally hesitant about the Tri-Ball week 4 but it is always on this week each year.”

This isn’t hard to believe, with the time and money being dedicated by a student towards one individual ball being significant; attendance at multiple such events does appear to be either unwise financially or to be taking up too much time.

Sean also stated that “balls very rarely cater to the same student body twice and therefore no two balls can really target the same market. The novelty of these events has also worn off as so many go on each year.”

It appears the main way to go forward to allow for an increase in ticket sales is to reduce the cost of these events.

“People like the aspect of getting dressed up and hanging out with their mates, but they’re not too interested in spending €45 on food,” stated Sean.

“There’s also an aspect of students interested in these events just wanting to drink, not that there’s anything wrong with that. A lot of students who plan on attending a ball just put it off until their later college years – but if it doesn’t work out this year, it’s not going to happen next year.”

He also added “if students want these events to exist in the university, they need to begin to support them.”

Joe brought up similar points, stating “I think costing is a big thing, balls are not cheap to buy tickets for even though they are very good value for money – students just look at €50 and think it’s a lot of money to spend in one go. I have suggested the SU look into a marketing strategy in the future along with the Markets Department in the KBS to see how students would market and sell events to other students and see is there any way we could improve on what we are doing.”