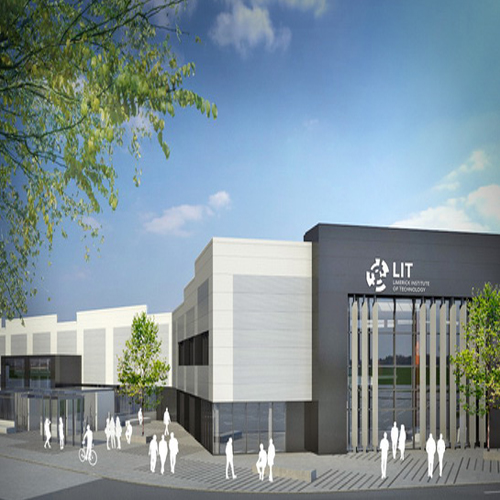 A huge educational project planned for Limerick has triggered objections over its location on the outskirts of the city.

An Taisce has claimed that the proposed campus is at variance with the Limerick 2030 plan, which includes the University of Limerick and puts new focus on city centre development.

The heritage conservation body has lodged an appeal with An Bord Pleanala against a planned €14 million expansion of Limerick Institute of Technology (LIT) at a vacant site off Ennis Rd, near Coonagh Cross.

The group fears that if LIT is allowed open a centre on the periphery of the city, it will have a negative impact on the city centre, and possibly put the Moylish-based college’s plans to be part of a third-level higher education campus at the former Opera Centre site in jeopardy.

Thomas Bibby, An Taisce spokesperson, said if developments like these were allowed “we are sounding the death knell for the city centre.”

In its submission, the group points out the application contravenes both the Limerick City Development Plan and the “much vaunted” Limerick 2030 plan, a blueprint which contains plans for a city centre, higher-education campus.

Mr Bibby said LIT’s move would “undermine the focus on revitalising the city centre” with the submission adding: “The proposed development involves a new education presence on the very outskirts of the city, far from the city centre”.

“Given that a major new city centre campus is planned involving the applicant [LIT] as one of the lead partners, this will free up space at the applicant’s current campus in Moylish, rendering the development unnecessary. If the development is approved, it will undermine the case for the city centre higher education campus as there will be more space on the current Moylish campus,” added the An Taisce spokesperson.

The University of Limerick, along with Mary Immaculate College of Education and LIT, have agreed to relocate some of their existing faculties to a new campus to be built at the so-called Opera Centre Site which comprises a large part of Patrick Street.

The Opera Centre site plan forms a central part of the Limerick 2030 project and the new city centre campus will also provide living accommodation for more than 500 students attending the three colleges.

Limerick City and County Council say the placement of thousands of students in the new Patrick Street campus will give huge added energy to the city centre.

The local authority believes that the proposed initiative will also help revive the flagging fortunes of many retail outlets which have been badly hit by the growth of suburban shopping centres.

In response to the objection from An Taisce, Limerick Chamber of Commerce, who are a key player in the Limerick 2030 plan have stated that Limerick’s long-term economic plan, which includes the University of Limerick, isn’t affected by LIT’s proposed new campus.

While An Tasice believe that the plans for the expansion of the LIT campus at Coonagh undermines the Limerick 2030 plan, Limerick Chamber are backing LIT’s decision to go ahead with their new campus.

“Limerick Chamber view the objection by An Taisce as fundamentally flawed.

“The expansion of the LIT campus at Coonagh is focused on developing an engineering campus, specifically looking at mechanical and automobile engineering, aircraft maintenance, automated production processes in the pharma and medtech sectors.

“This type of expansion which would be large scale warehouse style development is completely unsuitable for city centre location.”

The University of Limerick has also stated its commitment to the proposed city centre campus and believes that LIT’s plan for a new campus based in Coonagh, doesn’t have any impact on the plans for the city centre.

The University of Limerick is set to build on its long-standing relationships with Limerick city and its community partners by expanding UL’s visible presence in the city to promote greater economic, social and cultural development, with a 350 residence student village, a Clinical Therapies community practice centre and a city centre Design Laboratory for the UL School of Architecture.

“The University of Limerick welcomes the progress made by the Limerick City & County Council relating to the Opera Centre site.

“UL has committed to working with the Council so that there can be a greater UL presence in downtown Limerick and our students and staff can contribute to the dynamic re-energising of the wonderful city of Limerick,” said UL President, Professor Don Barry.