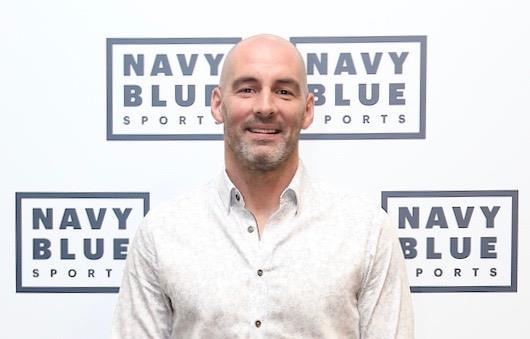 Richie Sadlier sits in an empty lecture hall and reflects on his soccer career. It was one of unfulfilled potential but he has let go of the regret that threatened self-destruction.

The talented striker was forced to retire at age 24 due to a recurring hip injury.

At the time, he was playing for Millwall F.C. and had previously won the Second Division in the 2000-2001 season. He describes the “alpha male culture” that existed at the club when he was struggling to deal with his different injuries.

He says: “I was lying about the extent of my pain. It was destructive for me to act the hard man and pretend everything was OK.”

Sadlier describes the male-dominated environment that meant he frequently pretended he was feeling healthy and that he would be back playing soccer quickly.

He told nobody that he was going to retire. He only informed the club of the real suffering that his hip injury had caused him when he told them that he was finishing his career.

The period after retirement was tough for Sadlier. He was tipped to make the Ireland squad for the 2002 World Cup before injury scuppered those chances. Two years later his career was over and he did not know what to do.

He states: “The thoughts and questions surrounding my career did nothing but torment me. I was acting, pretending to be OK even though I was anything but. Now I show gratitude for the chance I got to live my dream. I had a blast and I had some amazing experiences.”

So how did he come to enjoy this new perspective?

He decided to take a psychology course and one module discussed the ending of an athlete’s career. He identified with many of the feelings that the lecturer mentioned athletes go through post-retirement.

He talked to the lecturer about his inner thoughts and feelings and before long he saw a therapist. He now attends therapy every week and credits it for giving him a new outlook on life.

He says: “I found that being a man became fulfilling when I realised that I did not have to solve all of my problems on my own.”

He states: “It is OK for a girl to cry but god forbid a boy cries. Lads cry all the time. It requires a culture change to allow men to be honest about how they are feeling.”

Sadlier is now a trained psychotherapist, a person who is trained to help alleviate suffering and encourage change.

He provides mental fitness classes in an all-boys secondary school in Dublin. He sees firsthand the unhealthy relationship between alcohol and mental health.

The former Millwall striker believes there is a desire in some sectors not to rock the boat and to avoid the topic that is alcohol dependency.

Sadlier praised the move but believes that the topic of consent is worth talking about before a student enters college.

He praised the college for showing initiative.

The RTE soccer pundit says: “It is great that conversations are happening. Things are changing.”

His aim is to normalise the discussion surrounding mental health and to tell men that it is ok for anybody to seek help.

Sadlier is spreading this message by providing talks all over the country and working with young people every day.

He is certainly making a difference as he provided an excellent talk and hopefully improved UL students’ perspective on their own mental health.