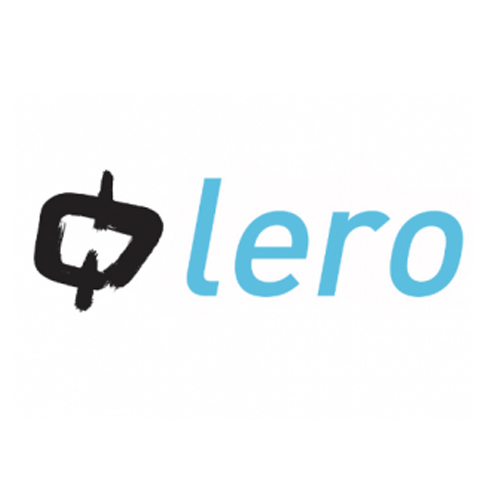 Lero, the Irish Software Research Centre has announced the appointment of its new director, Professor Brian Fitzgerald, who has been a Science Foundation Ireland principal investigator (PI) since 2002 and has been involved with Lero since its beginning.

Professor Fitzgerald is an internationally recognized scholar in the field of software engineering and was one of the pioneers of research into open source software, among other extensive research and work within the software industry across Europe.

Lero, headquartered at the University of Limerick, has been in existence for about 10 years, leading nationally and internationally to become a Centre of Excellence with over 70,000 citations to Lero research.

As the new director of Lero, Professor Fitzgerald will be involved in much more externally focused and ambassadorial activities, in comparison to his previous role as the principle investigator.

He was one of Lero’s founding PIs, apart from a period when he served as vice-president research at UL.

He took time out to answer some questions about the work that Lero is involved in as well as how software has evolved and where it will go in the future.

As Professor Fitzgerald explains, software is now very much central to all areas of modern life and in many ways, every industry is now a software industry: “Software is cross-cutting and tends to be invisible. If you took away software or software failed, life would stop. No Google, no Internet, no smartphone, no anti-lock braking in cars.”

With modern societies depending more and more on software, and the enormous scope for where it will lead us in the future, Professor Fitzgerald outlines the areas he feels are particularly exciting and important:

“I would single out our research on autonomous vehicles – self-driving cars as very significant.

“This is also an important feature in spacecraft and looms large in our work with the European Space Agency.

“With space travel, it’s not possible to have humans constantly going up to fix things, there is the possibility that space equipment might decide for itself what it can repair itself and working software that would try to make those decisions and would do as much as possible itself.”

“And likewise self-driving cars can take advantage of software to recognize their environment and make decisions.

“We’re not really looking at that aspect, we’re more into the systems and how they work together and make those decisions, how they model the environment and try to react to their environment so that’s a really big topic.

“This also taps into the growing move towards robotics and automation. Much content is generated automatically now.

“A natural progression from data analytics – mining useful insights from mountains of data, is actually summarizing this in tailored reports for different stakeholders.”

“A second area worth mentioning is security and privacy. Everyone is aware of the vulnerability of data stored electronically and the potential for data theft and identity theft.”

With the huge significance that software development and research already holds, what are some of the goals that Professor Fitzgerald sees for Lero?

“The software field is only about 60 years old.

“When it was 10 years old (by 1970), people had identified the ‘software crisis’ which basically referred to the fact that software took too long to develop, cost more to develop than had been budgeted, and didn’t work very well.

“Over the years, we have managed to resolve this initial software crisis with good software development practices.

“However, in recent times there are a number of factors that have resulted in what we in Lero have termed ‘Software Crisis 2.0’.

“Basically, this refers to supply factors such as the increasing power of technology as evidenced in Moore’s Law, [Moore’s Law is the observation made in 1965 by Gordon Moore, co-founder of Intel that the number of transistors per square inch on integrated circuits had doubled every year since the integrated circuit was invented.

“Moore predicted that this trend would continue for the foreseeable future].

“Other supply factors include the increasing volume of data provided by Internet of Things sensors, by other systems, by the individual themselves with wearable technology.”

“On the other hand, we have demand factors. For example, the millennial ‘digital native’ who has a strong appetite for new technology.

“In the past, we had to work hard to persuade people to use technology. Now they seek out new apps themselves without persuasion.

“The upshot of these ‘forces’ is that we need to increase our software development productivity by an order of magnitude or more.

“We simply do not have enough appropriately trained developers to produce these systems successfully. One consequence will probably be some very high profile software system failures in the future.

“A key contribution by Lero is to identify suitable processes to ensure that software is developed to be robust enough and of sufficient quality to avoid such failure.

“If we achieve this, it will ensure that Ireland is seen as a leading center worldwide where software is developed.

“[There is the] best talent available here. Our vision is that Ireland would be synonymous with software and enter the lexicon in the same way as ‘German automotive’, Scandinavian design and ‘Swiss watch’. Once that happens Lero will have been successful.”

Lero, under the direction of Professor Fitzgerald and with the help of everyone at the center, will continue to be a leader in innovation nationally and internationally in the Software Engineering and Information Systems disciplines.

What Do You Really Know About Climate Change?