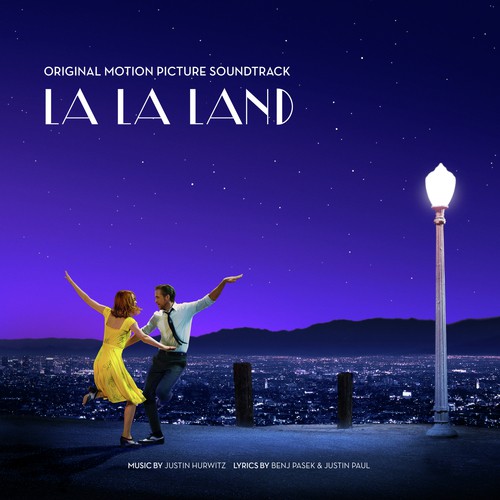 Sweeping a whopping seven Golden Globes and tipped for Oscar success, anyone who takes a trip to the cinema in the next few weeks will have high expectations for La La Land.

The musical/movie which is set in the “City of Stars” Los Angeles, follows Mia (Emma Stone), an aspiring actress, and Sebastian (Ryan Gosling), a jazz musician, and their struggle to achieve their dreams.

Their first encounter is in a traffic jam on an LA freeway, when Sebastian honks his horn and Mia gives him the finger.

They have a few more testy encounters before they’re dancing around singing, “I’d never fall for you..” but yes, you guessed it, things don’t stay that way.

While these two dreamers are wasting their artistic abilities (Mia waitressing and Sebastian playing embarrassingly simple Christmas melodies in some old bar to make ends meet) they find each other and become one another’s support systems as they manoeuvre their way through the highs and lows of trying to make it in a creative industry, as well as trying to maintain their romance.

There’s plenty of moments that could be branded as cliché and flamboyant, but they’re all a joy to watch in La La Land.

The bright, bold colours throughout are invigorating and the moment when Mia and Sebastian quite literally dance among the stars is so beautiful it’s hard to cast it aside as cheesy.

The epilogue is particularly well-done (but I won’t spoil that for you).

It’s a simple, clean story – there’s no passionate sex scenes or intense violent encounters – and it doesn’t need them.

From the simplicity of the mounting tension as Mia and Sebastian’s hands inch closer and closer to one another in the cinema, to a dinner scene in which the conversation turns sour and there’s a moment when there’s a painful silence in which they can either leave it or say something achingly mean… it’s all so real, there’s no need for any blockbuster movie distractions.

Then, there’s the music.

Considering Gosling only learned to play the piano over the course of a few months, his piano skills are ridiculously impressive.

He doesn’t fail to deliver multiple mesmerizing musical performances throughout the course of the movie.

If his piano pieces don’t compel you to listen to the soundtrack the moment you step out of the cinema door (and for days and days after that…) the songs will.

They begin buoyant and joyful, “Another Day of Sun” and “Someone in the Crowd”, before Gosling and Stone delve into more serious and beautiful pieces, “City of Stars” and “Audition (The Fools Who Dream).”

However, it’s not perfect.

One of La La Land’s issues, is that many of the musical-esque songs are crammed in at the start and by the time we get to the last third of the film it seems as though the crew forgot they were making a musical (bar Mia’s magnificent audition).

There’s also the fact that Stone and Gosling don’t have Broadway vocals and they’re certainly no Fred and Ginger.

Leaving the cinema I couldn’t help thinking the film was charming and touching, if a bit overrated.

Hollywood might love it so much because it romanticizes that struggle of making it in a city of dreamers (something it’s critics might have experienced themselves) as well as the nostalgic nod to the Golden Age/MGM musicals.

In ways, it is attempting to emulate a big-scale Hollywood musical, one where you leave feeling uplifted and joyous.

But it’s the twists and turns that deviate from that genre, that make it truly special.

In La La Land, director Damien Chazelle challenges you to consider compromise, even in the dreamy world he has crafted here.

There’s a moment in the film where Sebastian is attempting to explain his love of jazz to Mia; “it’s conflict, and it’s compromise, and it’s very, very exciting” and this seems to be the version of ‘the dream’ Chazelle is presenting to his audience here.

It’s a film about being an artist, falling in love, and following your dream, but at its core it’s about the cost of all three.