Life of a vegetarian 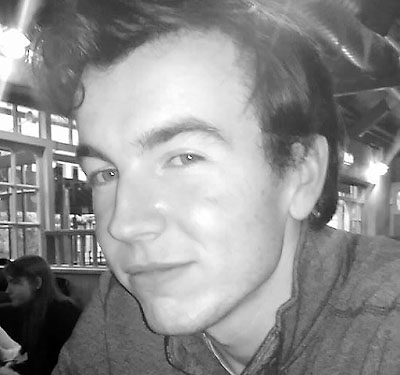 Life of a vegetarian

For most, turning vegetarian is a way of life that you choose. Some have to adapt to this diet due to a medical condition, but for the purpose of this post I’m going to talk to someone who chose this way of life. Based on talking to a wide variety of vegetarians and reading about this way of life, many believe that not eating meat is healthier and a lot of people, having seen the process that the animal being eaten had to go through to end up on our plates too traumatising so out of guilt or defiance of this they decide to cut out meat altogether.

This intrigues me as I have never tried a vegetarian diet, but I know many that choose to eat a vegetarian diet. Because I was curious and to possibly inform those considering becoming a vegetarian themselves can get an insight into the world of vegetarianism, I decided to speak to Patrick McKiernan, someone I am extremely close to and questioned him on many aspects of the vegetarian lifestyle.

How long have you been vegetarian and what made you decide/what influenced you to take on a vegetarian diet?

Six months, just realised that now. It was a Sunday roast, October 18th, my last meal with meat (chicken). I had been cutting down for two weeks before this and after that meal I decided it was time to cut it out completely. I always felt a bit weird eating meat. I started to meet more and more vegetarians (mostly through Tinder funnily enough) and started to look into it a bit more. I read some studies and watched a few videos online and started to think this is something I shouldn’t be doing. I didn’t agree, morally, with how meat was put on my plate. Even though Ireland is relatively good in terms of animal treatment I still don’t agree with producing animals purely for food. I think life on earth is more precious than that, no matter what species you are.

What really made me want to commit though was this realisation; I don’t have to eat meat to survive. Most people don’t. So what reason do I have to eat meat? Because it tastes good? Because it’s just easier to? Personally, I don’t see that as a good enough reason. I always think of it this way and it’s hard to argue against that. I try to put it in perspective of the animals we eat. If you were a piglet and the species that controlled the way you lived produced you solely just for food, when they don’t even need this food and only eat it because it tastes good and it’s easily accessible, how would you feel about that? It doesn’t seem right to me, to sum up.

Have you noticed any bodily changes/ health changes since becoming vegetarian?

I put on a bit of weight because I was eating more carbohydrates to make up for having no meat. For the first few weeks I never felt full. This was because I didn’t prepare myself with food to replace meat. I was just eating more potatoes, bread, pasta or whatever I normally had with meat just in more quantities. I’ve adapted though and feel full after every meal now. I’ve lost most of the weight I put on as well so now I don’t see any changes really.

What do you miss the most about being a non – vegetarian? Are there any major difficulties living with the diet?

KFC. And the donner kebabs with the lads after a few (or many) drinks with the lads. I miss the ability to eat whatever I want on nights out because there’s so few options in chippers for vegetarians. I miss not being asked why I’m a vegetarian every time I eat with someone who’s just met me. But other than those few things I don’t miss being a meat eater and all the things I do miss are fairly minor.

What does your basic vegetarian diet consist of?

A lot more vegetables and normal food like potatoes, pasta etc. but to replace meat I’ve started eating more types of beans other than baked such as kidney, butter and soya. I also eat chick peas, lentils and cous cous more now. At the start I depended heavily on dairy and eggs to get protein but I’ve started cut down now to try make progress towards being a full on vegan.

Do you feel that some people take on the vegetarian diet as some sort of trend or do most people have good intentions?

I feel some do. But I think it’s irrelevant if they do or not because it’s not like it’s a bad thing to do so. It’s one of the few trends I fully support. I looked into the vegetarian lifestyle because I met people who were vegetarians but I wouldn’t say that is following a trend. I agreed with the reasons for being a vegetarian so I tried it. I think that’s how a lot of people become vegetarians.

Do you feel that vegetarian push their views on non – vegetarians or vice versa?

This is where the interview gets interesting/controversial… Before I actually met vegetarians and started researching the vegetarian lifestyle I believed vegetarians and vegans were a snobbish, rude and naive folk. This was stemmed from my own ignorance, the stigma attached to them and the fear of my delicious food being taken away from me. I feel the exact opposite now. I don’t understand why vegans get such a hard time. The only reason I see given for this is their pushiness of their views on people. And to be fully honest this is the most ridiculous reason a meat eater can give for disliking vegans. There’s this stigma attached to vegans and vegetarians that they love to brag about their lifestyle choice. Not once have I ever met someone who bragged to me about being a vegan. The only situation where this has been the case is when food is being eaten and they have to say they’re vegan because they don’t want meat. However, since becoming a vegetarian there’s been scores of meat eaters pushing meat on me. Friends, family and people I barely know asking if I want meat even though they know I don’t want any. I don’t know why they do this.

I’m going to do a video on my YouTube channel titled ‘Meat-eaters VS Vegans: Who’s worse?’ to talk about this question because it’s very annoying how backwards society views this topic. If you ask that question to the world the majority of people will tell you vegans are worse people solely because they’re not one of them. This is far from the truth. If someone tells me they eat meat, like most of vegetarians, I won’t judge or ridicule you for it. Whenever I tell someone I’m a vegetarian (particularly from men) I often get that look of “What…? Why? What’s wrong with you?” I picture it’s the same face I’d get if I told them I’m secretly a woman. I get judged quite a lot for being a vegetarian. Even from those closest to me. My parents didn’t approve at the start but I think they’ve gotten used to it now. Perhaps my closest friend still ridicules me to this day over it, even though I see it as just banter. I’ve gotten teased by people eating meat because they know I’m a vegetarian which is just the most immature thing someone can do around me.

Whenever something is posted online about vegans just look at the comment section. Particularly articles by ‘The Lad Bible’ or ‘Unilad’ (where the ladliest of lads are *Sarcasm*) show just how vile people are towards vegans. And for what? For trying to save the planet and the animals that live in it? Look how far mankind has come… I’m going to stop talking about this now because it annoys me too much. Look out for that video though I’ll get through this in more detail. To sum up, I feel it’s the other way around but of course there’s vegans who take it too far but generally meat-eaters are far worse from my experience, not just my opinion.

Would you ever go back to a non – vegetarian lifestyle?

Six months in and I can confidently say no. If anything I’m moving forward into a full vegan lifestyle.

If the person reading this was considering becoming vegetarian, what advice or tips would you give them?

Ease yourself in by cutting out meat slowly day by day and prepare yourself with high protein food such as beans, chick peas and dairy products and eggs. Make sure you have a reasonable amount of will power and you should be fine.

You told me that you were vegetarian, slowly turning vegan. How will you go about making that transition?

Well, I’ve started drinking soya milk recently and actually prefer it to regular milk so that’s a good start. I’m going to start eating eggs only at home where we get them from our own hens. Cheese and food with milk and eggs in them such as biscuits, bread, cakes and damn near everything is where I’m afraid I’ll fall short at. I love cheese and started eating it excessively since becoming a vegetarian and all the other products I just mentioned are such a nightmare to find without dairy or egg in them. Thankfully, I have a few friends I can get help from.

Do you think that turning vegetarian has been a good choice for you? If so/if not, why?

Absolutely. To keep it short and sweet, because I know I’m causing less harm to the world by eating what I eat now.  Maybe some people will feel offended by that but that’s not my problem to be honest. I’m not being snooty here. That’s just a fact.

If you would like to see more from Patrick you’ll be happy to know that he is also a blogger like myself and has recently started making YouTube videos. He’s in my course in the University of Limerick and one of my very good friends. Here are some of his social medias if you’re interested.