Movember is an annual fundraising event which takes place during the month of November to raise awareness for men’s health.

Movember is an annual fundraising event which takes place during the month of November to raise awareness for men’s health.

The event was first set up by a group of friends in Australia, 2003 but has since become a worldwide event.

In it’s second year running, as of Saturday 28 November at 17.07 the Are UL? Movember team have tripled what they raised last year.

Teams across the University of Limerick have collaboratively raised over €20,000.

Over the month the ‘Are UL?’ team put on 19 events, from ‘moga’ classes on Mondays; 11 mo-talks with guests such as Clodagh Guerin of Anytime of the Month, Peadar Collins of the Speakfor15 movement and Niall Colgan.

The Cornstore also put on a Mocktail Class in collaboration with the team.

All events were livestreamed via Zoom and are currently being uploaded to Youtube for anyone that either missed events or would like to refer back to them.

The events and guests ranged from people sharing their own personal stories; to people from charities sharing charity perspectives.

Mr El- Masri was very pleased and proud of the “incredible team” they had, and said a huge goal was to get a conversation going about men’s health.

A massive congratulations to everyone who participated.

University of Limerick is currently the 4th University to fundraise for Movember, on the heels of Trinity College, UCD and UCC.

Donations are being accepted up to December 9th.

Scan the QR Code to go to the donations page. 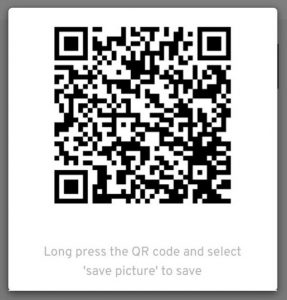