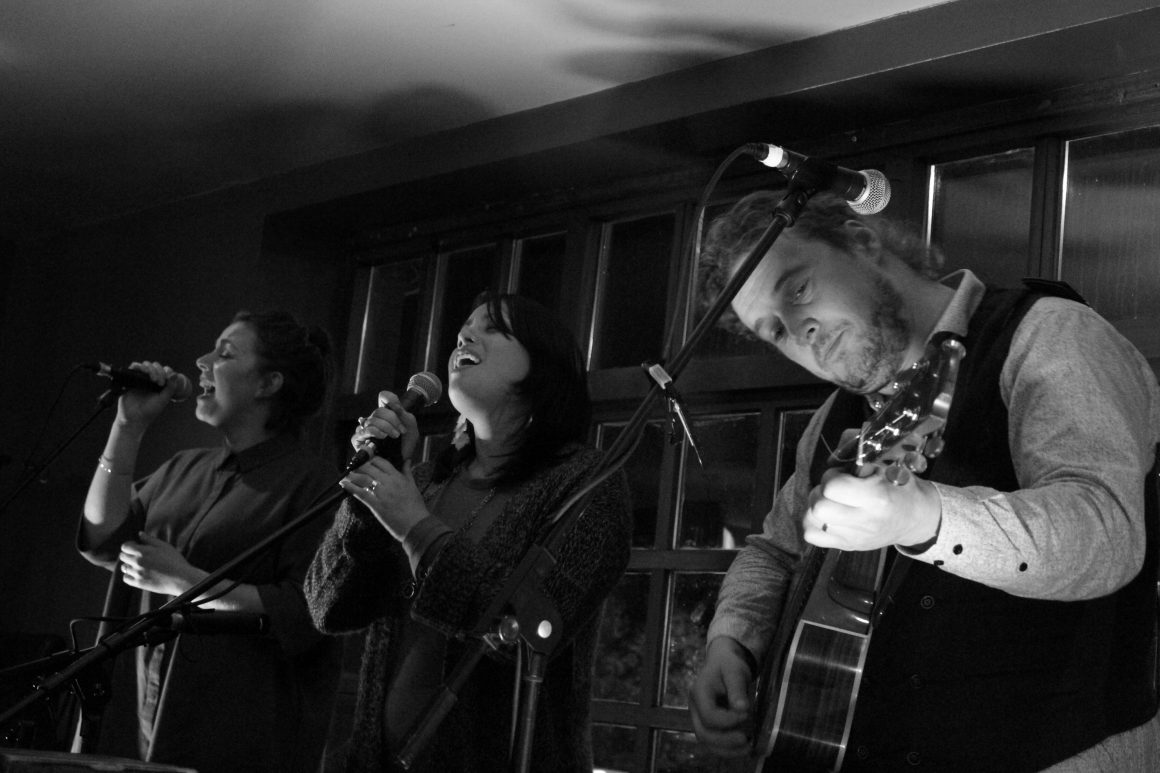 The well-known group ‘The Whileaways’ performed Monday night at the Scholars Club as part of UL Music Society’s Music Week. It was unsurprisingly quiet for a Monday night but the crowd was in good spirits and there was a tangible good buzz and relaxed ambience amongst students and staff.

The Galway-based group kicked off their set at around twenty past ten and the bar quietened down as they began to play with amazing vocals and flawless harmonisation. Spectators were graced with a mixture of both slow and relaxed, and upbeat songs.

The Whileaways are a three-piece group consisting of Nicola Joyce, Noriana Kennedy and Noelie Mc Donnell. Almost all the songs performed were originals by the group and some of these included “Queen of December”, “Saltwater Kisses” and “Dear My Maker” to name a few.

The group said that the type of music they play is certainly folk and rootsy, and has many influences.

“Our thing is singing and making things sound interesting vocally,” she added.

You could certainly hear that throughout the night as all three of them so effortlessly intertwined voices and sounds, engaged with the audience, and got them to join along in their songs. Between fast and slow songs and the three whipping out an array of acoustic instruments to include in their performance, they added in some jokes and funny comments which were well received by the crowd.

The night ended all too soon and after chants of ‘one more song’ the trio closed the night with a well-known American folk song ‘All Night Long’.

The group all had individual careers in music before forming their group when they had discovered that they enjoyed singing “the old American songs” together through trad sessions back at home in Galway.

Nicola, who did her Higher Diploma in Education at UL, said that she hadn’t been sure what to expect from performing at the Scholars Club.

“I thought we were going to be in the big bar [Stables], I thought it was going to be rowdy and I thought our thing wouldn’t work, because a lot of it is quite quiet, but it was lovely to see people from the music society and people who you could see by their faces that play music.” she said.

The group have a number of upcoming gigs in Ireland and England, including a sold-out gig in the Olympia Theatre.

The Whileways are beginning recording for their new album next weekend, where they hope to “bridge the gap into a different audience, without changing what we do or changing our identity”.