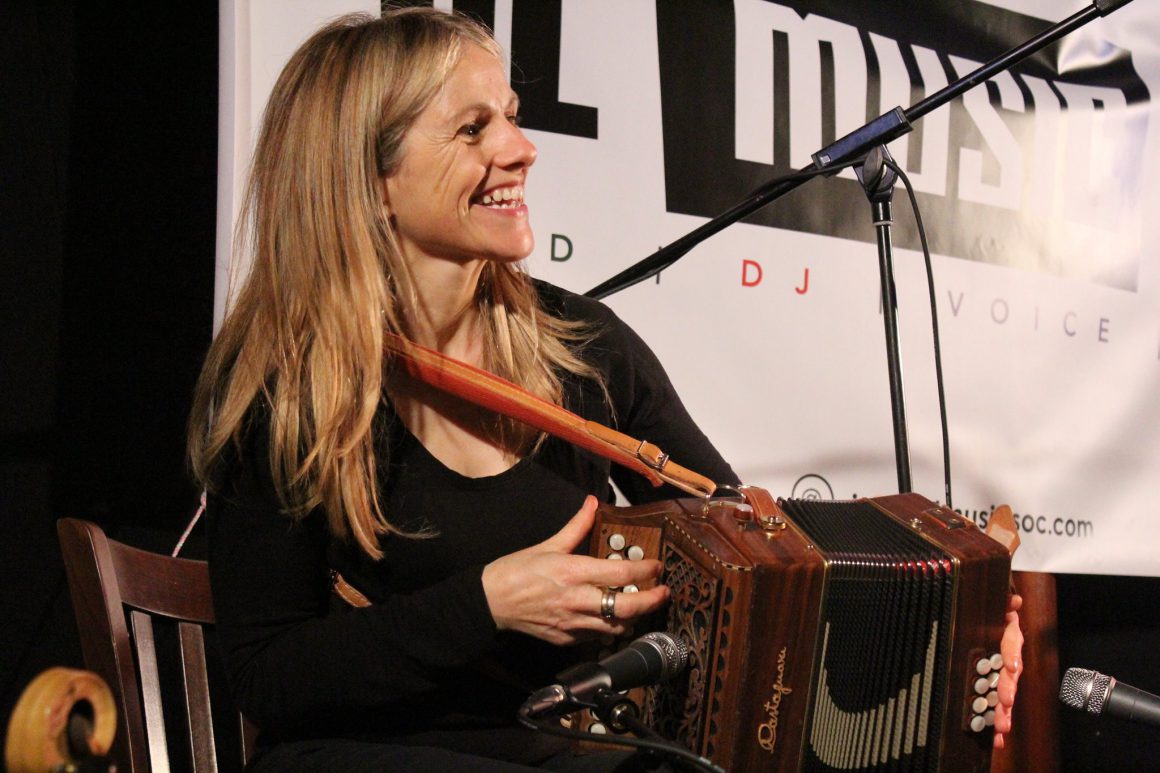 UL Music Week continued on Tuesday night with a spectacular performance from Sharon Shannon. She filled the Stables with a “mighty” crowd, as she put it herself, and had everyone present dancing along with jives even my nan would be proud of.

Her way with the crowd was undeniable, with her friendly and laid back attitude creating an intimate and vibrant atmosphere. Not only was the atmosphere upbeat and cheerful, but the musical talent showcased was extremely impressive.

Shannon played a myriad of traditional instruments, including punchy reels on the fiddle and of course her most well known instrument, the accordion. An unexpected and very welcome addition to the set was the electric guitar played by Connor, giving the music a rock-fusion vibe and even more dimension.

The crowd was impressively large, with students standing on tables to soak in as much of Shannon’s music as they could.

When asked if the trad scene was popular among students, Shannon noted; “There is a very huge trad scene amongst young people, way way bigger than there was when I was growing up” a comment backed up by the enthusiastic audience in the Stables last night.

Towards the end of the night she played a crowd favourite, a song that Shannon calls her “most successful collaboration,” ‘The Galway Girl’. Originally sung by Steve Earle, Connor gave his own rendition on vocals helped, of course, by the roaring crowd.

Though small in size, the fans present had a wild energy, with their endless cries for “one more tune” leading to a highly welcomed encore.

When speaking to Shannon, she said; “I find if I can see the audience and connect with them, they are the best gigs for me,” and that she did very well. Her banter with the crowd leading to a showcase of dancing and devilment among the audience.

No stranger to a Limerick session, Shannon spoke about her most memorable public performance, Live at Dolans.

“It was very good fun, and we had lots of fantastic guests…it’s a great DVD, you can really feel the vibe and the energy,” an energy that was present once again at last night’s event.

Whether you are a fan of trad or not, Shannon will get your foot tapping and I highly recommend going to any event of hers. One thing is for sure, I know I would gladly go again.

Shannon has upcoming tour dates across England, and is working on a new album due to be released in March 2017.