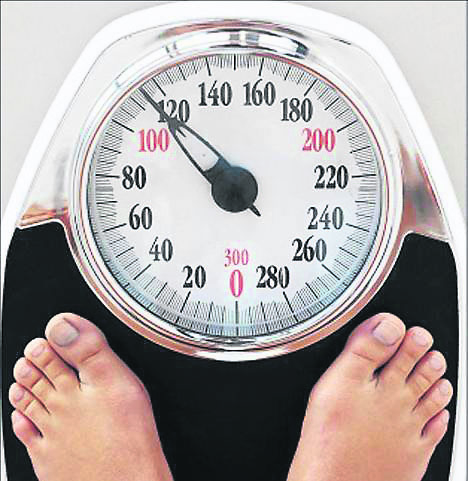 So first thing’s first, I should explain who Ana is. Ana is someone that has been in my life for quite a while now. She’s a constant presence in my life, although sometimes more prevalent than others. She can be my best friend or my worst enemy, depending on my mood, although the truth is, life would be so much better without her. At times, Ana controls me, owns me.

So who is Ana? Ana is the personified version of the eating disorder anorexia nervosa. She’s the little voice in mine, and millions of other people’s heads that seems impossible to get rid of. So, how has Ana impacted my life? Well, I didn’t really know the meaning of anorexia until about the age of 12. I was in school one day, and for whatever reason, I didn’t have anything at first break.

Now there was genuinely nothing up with this, I’d just simply forgotten about it, wasn’t hungry, or was saving it for later. But one of my friends said to me: “Why aren’t you eating anything? You’re anorexic.” Now, I’d heard this word before, and had a vague idea of what it meant, but it never really was something I’d thought much about until then. I was a naturally slim girl, especially considering I did dance lessons, Karate and swimming, and I’d always been a bit of a picky eater, but I’d never dream of denying myself food.

Quite a bit of time passed, and I didn’t give much thought to the comment. The problem was, during this time I came to the realisation that whilst I couldn’t control the majority of things in my life, food was something I could control. The fact that I could choose what and how much of something I could put in my body gave me such a sense of power and control. I was the youngest in my class, and quite a sheltered, protected girl. I didn’t wear make up, or style my hair, but I did have the skinny, hourglass figure most girls craved.

I realised I could control my figure and make myself even skinnier by simply skipping the odd meal, or not finishing everything on my plate, or eating a few grapes instead of a sandwich. I got more and more obsessed with the compliments I was getting, I was finally feeling somewhat pretty. And the perfectionist side of me craved and adored the feeling of accomplishment whenever I successfully skipped, what in my mind was, an unnecessary intake of calories.

As time passed, I slowly began to lose weight, rather than do what I had originally only intended to do, which was maintain my weight. This became apparent to friends and family, and for a while my eating habits improved. But then, when stressful times would pop up, Ana would return, like a crutch, the one constant in my life which I had full control over.

My obsession with food grew and grew, until I got to the stage where I couldn’t finish an entire meal, regardless of how small it was. If I was having a particularly bad few days, I’d stock up on sweets and chocolate to keep my energy levels and calorie intake up, whilst pretending to myself that because I wasn’t eating a meal, everything was fine. I became very anti-social, terrified that if I went to a friend’s house I’d be given food that I wouldn’t be able to eat, and would end up causing offence.

Any time I went out for a meal I would always order from the children’s menu, as the portions were much smaller. I used every excuse in the book, “Oh I’m just not that hungry/I’m not feeling great/I ate before I came/There’s food made for me at home” etc., etc. I was genuinely unable to finish a full meal, Ana telling me I was full once half my plate was gone. When it came to my Debs and I found out we were having a three course meal, I spent hours wondering how on earth I was going to be able to get out of it.

Now I had told some friends about what was going on, and whilst sympathetic, they just couldn’t understand it. Honestly, I think eating disorders are something only those who had or have experienced can ever really be of help, besides the professionals. On my stronger days, I looked at those around me with so much envy, watching as they finished meals with ease, and wishing like anything I could do the same.

The main reactions I got from people were “You’re getting too skinny, stop it, you’re worrying me” or “Look, just eat the damn food, there are people starving, and you’re just wasting food, so just eat”. As expected, neither had much of an impact on me, other than making me feel incredibly guilty and upset, making me restrict my food even more.

The fact is, recovery from an eating disorder is a long, long, long, tough road. And it’s not one you can do alone, but it’s also not one others can do for you. You have to want it, you have to fight for it, fight the urge to skip every meal, to count each calorie, and try to say yes to that piece of cake. But I can tell you one thing for sure: It is so damn worth fighting for.

For me, it started because I felt like I was lacking control in my life. Then it continued because I became addicted to the feeling of achievement. Most of the time, it was never actually about losing weight, the comments I’d get on my ‘fabulous figure’ were a bonus more than anything, a way to appreciate my hard work. So whilst the weight loss is the most visible part of this eating disorder, I think there needs to be recognition given to the fact that not all eating disorders can be put down to the idea that the person wants to be ‘skinnier’, and that’s something that needs to seriously be reviewed if those with anorexia are going to get the help they need and deserve.

Telling someone that they’re beautiful the way they are, whilst should be done with everyone anyway, is not the way to treat any eating disorder. It’s not always about society giving us the wrong idea of what we should look like, or reading magazines which have pictures of ‘perfect-figured’ celebrities. Sometimes anorexia is simply just about wanting to find some control.

Like I said, the only advice I can give on this is to talk to someone, preferably the likes of a trained professional. And if you’re suffering with an eating disorder, then just know that this chick is cheering for you, and has nothing but a heck load of respect and love for you.